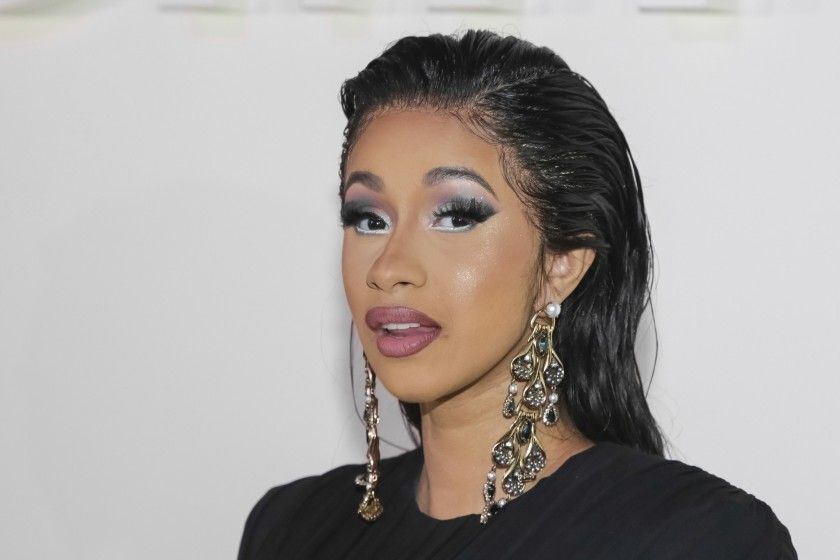 For her latest collaboration, rapper Cardi B reunited Tuesday night with her favorite politician, Bernie Sanders, to talk politics and public health while social distancing.

During a lengthy live video chat, the “I Like It” hitmaker and the Vermont senator sounded off on a number of topics, from the latter’s recent exit from the 2020 presidential race to former Democratic opponent Joe Biden, to President Trump and the coronavirus crisis.

“I don’t know if anybody told you, but the last time I got on [Instagram] live, I had a fit because I was so hurt and upset that you dropped out of the race and everything,” Cardi B told Sanders at the top of the conversation, adding that now she’s “just gonna go with Joe Biden.”

The Grammy winner speculated that younger people “don’t really rock with Joe Biden because he’s conservative.” But Sanders assured her that he’s working with the former vice president “to see that he becomes a more progressive candidate” on issues such as minimum wage, college accessibility, immigration reform and criminal justice reform.

“I would go further in all of these areas than he does, but he’s moving in the right direction,” Sanders said.

The pair also discussed the sitting president, whom Cardi B simply referred to as “No. 45,” and his widely criticized response to the pandemic.

Laughing, Sanders agreed with his supporter’s sentiments before slamming the commander-in-chief for his recently announced plan to suspend U.S. funding for the World Health Organization pending an administration review of its early response to the coronavirus outbreak in China.

“That’s the thing about this guy is he doesn’t apologize and he lies all the time and he blames other people,” Sanders said. “Right now he’s blaming the World Heath Organization. … What we’re trying to do now in Congress is go around Trump, make sure that our doctors and nurses have the equipment that they need, that we produce the kind of testing kits that we need so anybody in America can get the kind of tests they need when they need it.”

Both progressives expressed sympathy and concern for Americans hit particularly hard by the outbreak — COVID-19 patients as well as the newly unemployed. Cardi B added that she knew someone who had been infected and was “in a very bad state.”

“It makes me sad that they cannot have their family around them — to nurture them, to hold their hands and say, ‘Everything is going to be all right,'” she said. “Not everybody trusts doctors. Not everybody trusts hospitals. You always want somebody looking over. And it’s really sad that some people — like, their last moments — they cannot even spend it with their families.”

Neither the musician nor the politician had a definite answer as to when the coronavirus lockdown should safely be lifted.

“The thing is that people are still dying and catching coronavirus, and as much as I want to go outside — ‘cause I want to be outside for the summertime … — but I just don’t feel like it’s safe to go outside,” Cardi B said. “So when do you think?”

“Nobody knows, exactly, and it will probably be at different times and different places in the country, and it will not be all at once,” Sanders replied. “Nobody’s gonna turn on a switch and America returns to where it was.”