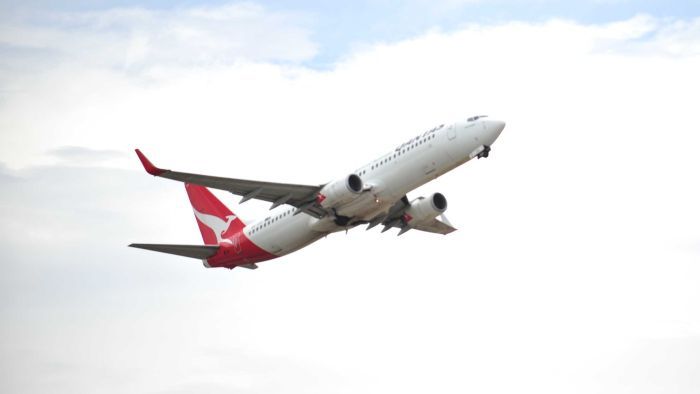 Travel is one of the backbones of Australian life — whether you routinely hit the ski slopes over winter, take the boat off the coast or go camping in the nearest national park.

The Federal Government and health authorities have applauded Australians for giving up that luxury in a bid to save lives and slow the spread of the deadly coronavirus.

For the past month, international and state borders have been closed, and even a short drive to go camping is against the rules.

Instead, families were advised to pitch a tent in the backyard over Easter.

When can I take my next trip?

International travel will be off the table for the foreseeable future.

The vast majority of infections in this country have come from overseas travellers, including hundreds of positive cases and 18 deaths among passengers of the Ruby Princess cruise ship.

“This is a time where, unfortunately, people can’t undertake holidays and they won’t be able to go overseas for some time to come,” Senator Birmingham said.

“New Zealand is probably going to be the most attractive and most likely the [first] international destination to open up for Australia over the medium term,” he said.

“We’re obviously close but there’s some good quarantine and customs arrangements in place and you’d think just with some health management over the top, that market could probably open up more quickly.

“You can’t see how the US or Europe is going to open up within the next year, to be honest.”

What about travel within Australia?

Senator Birmingham said interstate borders could open up at “a slightly earlier point in time”.

“This is a good time for a bit of dreaming, planning, thinking about the Aussie break that you might take when we finally get to the other side of this.”

“The process is likely to be gradual,” she said.

“So our focus will most likely start with domestic travel; we’ll be strongly encouraging Australians to holiday at home.”

Should I be looking to book a holiday now?

Senator Birmingham said he would not give “any guarantees” Australians would be able to take an overseas holiday by Christmas.

Mr Westaway agreed, saying international holidays were not worth booking at this stage, despite attractive deals being offered.

“There’s no guarantee the Australian market is going to be open to let Australians out.

“[But] if it’s a domestic travel deal, people should have their eyes wide open.

“If you’re looking to buy towards the end of the year, I think you could buy with some level of confidence.

“You do sense the veil will be lifted in most parts of Australia during the course of this year. We’re keen to see people get going again as long as it can be done in a safe way.”

But it’s buyer beware. The Insurance Council of Australia warns insurance companies are yet to investigate how future holidays will be covered during the pandemic.

Once travel restrictions ease, industry figures expect many to return to the great Australian road trip.

“I think drive tourism is going to kick off,” he said.

“The caravanning industry, I know, are planning for some pretty big take-ups of vans.

Will there be a rush to book holidays?

The Australian Tourism Industry Council said a bottleneck of bookings was unlikely, given Australia’s economy would struggle while unemployment rates were high.

“There will be green shoots and they could shoot quite quickly,” Mr Westaway said.

“It’ll be for people that have the ability to do it — so retirees, people that are financially well-off and have got a propensity to do so and do really want to travel.”

But he said many who lose work may not be in a position to travel until they get back on their feet.

“You’re obviously going to see households with an unemployed breadwinner unable to travel,” he said.

Those that do venture out will find destinations waiting for them.

Mr Westaway said the industry bounced back strongly from the summer bushfires across Victoria, New South Wales and South Australia, before getting hit by the pandemic.

He expects the tourism industry to do so again once coronavirus restrictions ease.