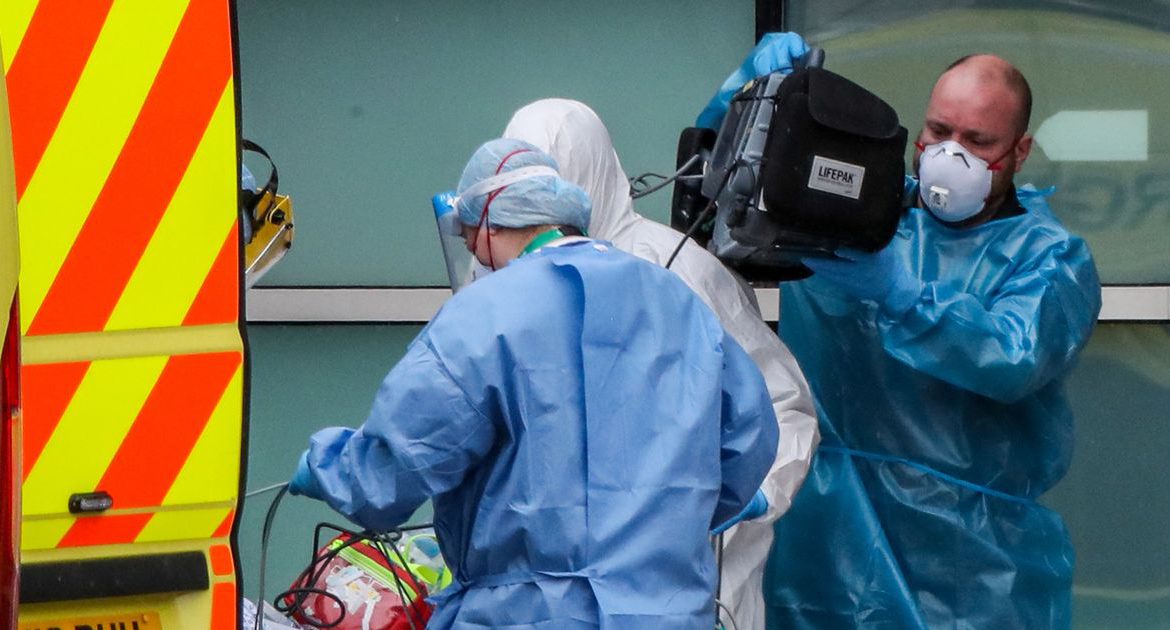 The UK’s coronavirus death toll has risen by 596 to 16,060, the Department from Health confirmed today – the lowest daily increase in two weeks.

The Midlands saw the highest number of Covid-19 victims, with 92 people confirmed deaths in hospitals, 10 higher than in London.

This afternoon 482 new deaths were confirmed in England, 41 in Wales, 10 in Scotland and one in Northern Ireland.

NHS England said victims were aged between 34 and 104.

Six of those who died, aged between 52 and 92, had no known underlying health condition.

The heartbreaking news comes as the government faces calls to explain itself over long delays in the early days of the crisis.

Figures released by NHS England show the Midlands has seen the highest number of deaths in 24 hours.

The number of deaths per region are:

Scientists are desperately scrambling to produce a vaccine that can protect against Covid-19 – which has killed more than 160,000 people worldwide.

But that could be some way off, experts warned today.

The news comes after the UK’s coronavirus death toll yesterday soared to 15,464 – an increase of 888 victims.

There was more bad news as it emerged a much-needed shipment of PPE gear for NHS workers, which was promised by the government only yesterday, will not arrive today.

Today Sir Jeremy Farrar, a member of the Government’s Scientific Advisory Group for Emergencies (Sage), said he was “optimistic” about finding a vaccine.

But he said finding a safe and effective treatment for the latest strain was “not a given”.

He told Sky News’s Sophy Ridge On Sunday: “I hope we would have a vaccine towards the end of this year – but that’s a vaccine in a vial, it’s a vaccine that we believe to be safe, a vaccine we think might be effective.

“I think it’s crucial to realise having a vaccine in itself, in say a million doses, which you know to be safe and you believe to be effective. That is not the end game.

“The end game is making sure that it is truly effective. It’s effective in the elderly, effective in young children, effective right across the age group in all populations.

“And then you have to manufacture that in billions of doses to administer them to the world.”