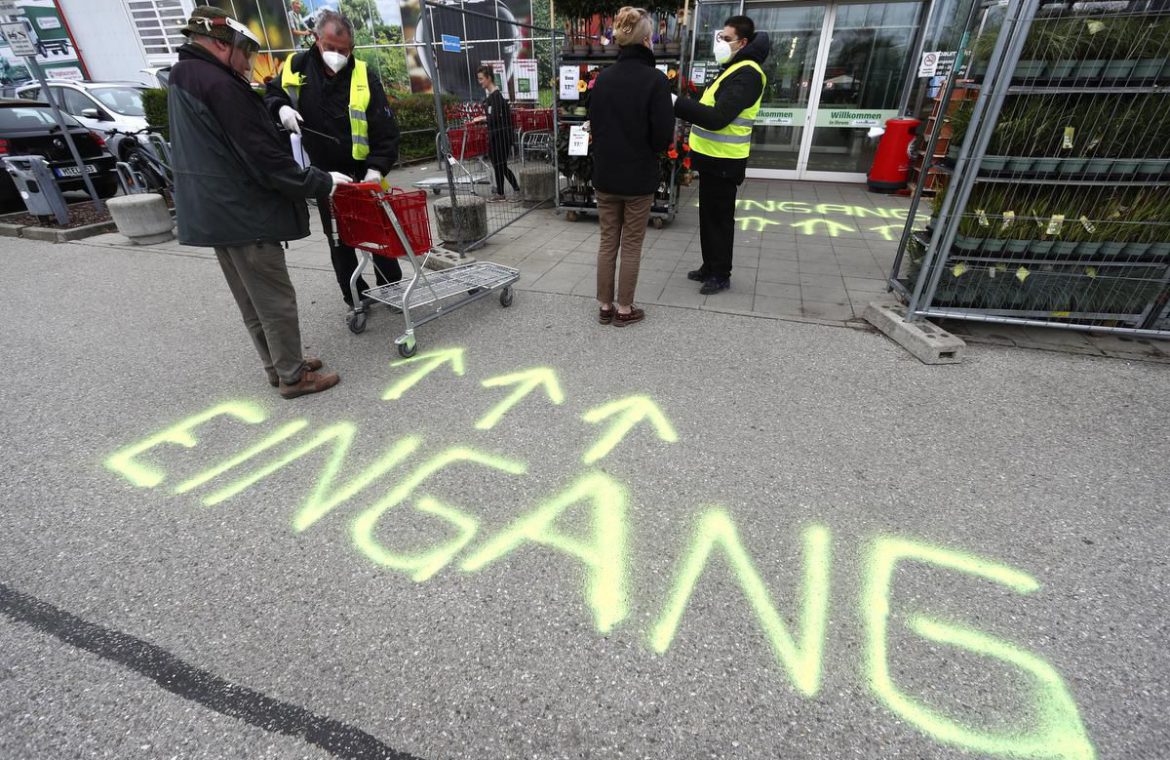 The latest novel coronavirus news from Canada and around the world Monday (this file will be updated throughout the day). Web links to longer stories if available.

7:20 a.m. Premier Doug Ford will release some “encouraging” COVID-19 modelling projections on Monday. Ford emphasized that he did not want to overstate any good news in the updated modelling on the impact of the virus.

“We have a real fight on our hands still, as much as the modelling looked a little positive, it can go the other way. We could see a second stream of this coming,” he said.

7 a.m. Spanish authorities have gone into damage control mode after a high ranking police official said in an apparent gaffe that one of the goals of fighting misinformation was to rein in on negative coverage of the government’s handling of the coronavirus crisis.

During a daily press conference on Sunday, the chief of the Civil Guard police force Gen. José Manuel Santiago said that in addition to avoid the “social stress” created by false information related to the COVID-19 pandemic, law enforcement was also fighting to “minimize that climate contrarian to the government’s management of the crisis.”

Grande-Marlaska also accused the conservative leading opposition PP party and the far-right Vox of being “disloyal” to the government. The two parties, together with the centre-right Citizens party, want the interior minister to answer questions in parliament regarding the government’s handling of the state of emergency, now on its sixth week.

On Monday, without referring to his previous statement, Gen. Santiago said that during four decades of career he had prioritized the well being of people and had not been at any time moved by ideology.

The Dutch Data Protection Agency said Monday that terms given to developers were so unclear that it is not possible to work out if apps under consideration will work while safeguarding users’ data.

The announcement is a setback for the government, which wants to use a contact-tracking app to safeguard the public when coronavirus restrictions are gradually eased.

Prime Minister Mark Rutte is set to announce Tuesday evening whether restrictions he calls an “intelligent lockdown” will be partially lifted.

6:07 a.m. The president of the German soccer federation says resuming league play will not mean taking resources away from healthcare workers amid the coronavirus pandemic.

Fritz Keller writes in Kicker magazine “we guarantee that resuming play … will not cause a burden for the healthcare system.”

He adds that “there will be no use by sportspeople of testing capacity which would be missed elsewhere.”

No top league games have been played since March 11.

The German league has been more bullish than other major European competitions about the chances of resuming in May or June with widespread coronavirus tests for players. That push is partly driven by fears that several clubs face financial collapse without TV and sponsorship money.

5:33 a.m.: Some shops are reopening in much of Germany as Europe’s biggest economy takes its first tentative step toward restarting public life after a four-week shutdown.

Shops with a surface area of up to 800 square meters (8,600 square feet) are being allowed to reopen on Monday, along with auto showrooms, bike shops and bookshops of any size, under an agreement reached last week between the federal and state governments.

Chancellor Angela Merkel’s chief of staff, Helge Braun, told n-tv television that big shops “draw large numbers of people into the city centre, they have high customer numbers and that isn’t possible in the first step.”

The tiny city-state now has the highest number of cases in Southeast Asia at 7,984, a massive surge from just 200 on March 15. Authorities say most of the new cases were again linked to foreign workers, who account for over a million of Singapore’s workforce.

There are 35,056 confirmed and presumptive cases in Canada.

Never miss the latest news from the Star, including up-to-date coronavirus coverage, with our free email newsletters

Sunday 10:05 p.m.: At least 40 staff members in Afghanistan’s presidential palace have tested positive for the coronavirus, Afghan officials said Sunday, forcing President Ashraf Ghani to isolate himself and manage the country’s response to the virus — amid a raging war — largely via video conference.

The epidemic’s growth has slowed overall in the province this week, a trend continued in the last 24 hours. Since 5 p.m. Saturday, total cases have grown by 561 patients, or five per cent, which is slower daily growth than in recent weeks. The first seven days of April averaged 12.7 per cent daily growth; the second seven days averaged 6.8 per cent.

Among 37 new deaths reported were nine in Toronto, four each in York Region and Durham Region, and a single fatal case in Peel Region.

Since April 1, the case count has continued to rise day over day in the Greater Toronto Area, while staying relatively flat in the rest of the province.

Earlier Sunday, the province reported that testing labs had processed 9,643 samples in the largest single day of testing since Ontario quietly changed how it reports that data.

Don't Miss it Coronavirus: Boris Johnson ‘cautious’ on lifting lockdown over ‘second wave’ fear
Up Next There are 4 requirements for reopening the U.S. amid COVID-19. Americans won’t tolerate all of them.