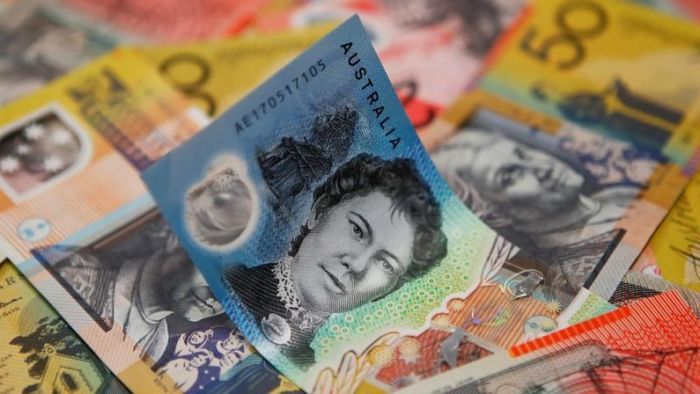 Photo:
Dr Lowe reminded Australians that the economy was in relatively good shape before the COVID-19 pandemic. (Reuters: Daniel Munoz )

Reserve Bank governor Philip Lowe has warned Australia is this year likely to experience its biggest contraction in national output since the Great Depression.

Key Points:Dr Lowe says the national output is likely to fall by about 10 per cent over the first half of 2020The unemployment rate is likely to be around 10 per cent by June, according to Dr LoweBut he also said all of Australia’s economic successes would still be there once the virus was contained

He also cautioned against lifting social-distancing restrictions too quickly, and said if coronavirus re-emerges and the tough restrictions had to be reimposed “the loss of incomes and jobs would be even more pronounced”.

Speaking in Sydney, Dr Lowe warned: “The next few months are going to be difficult ones for the Australian economy.”

“Over the first half of 2020 we are likely to experience the biggest contraction in national output and income that we have witnessed since the 1930s.

“Putting precise numbers on the magnitude of this contraction is difficult, but our current thinking is along the following lines … National output is likely to fall by around 10 per cent over the first half of 2020, with most of this decline taking place in the June quarter.

“Total hours worked in Australia are likely to decline by around 20 per cent over the first half of this year.

“These are all very large numbers and ones that were inconceivable just a few months ago. They speak to the immense challenge faced by our society to contain the virus.”

Photo:
Dr Lowe is warning the next few months are going to be difficult ones for the Australian economy. (AAP: Dan Himbrechts)

What the experts are saying about coronavirus:
‘This period will pass’

Dr Lowe said inflation was likely to decline significantly in the June quarter, with the large fall in oil prices, and the introduction of free child care, helping to push inflation negative in June.

“If so, this would be the first time since the early 1960s that the price level has fallen over a full year,” he said.

But he also reminded Australians that the economy was in relatively good shape before the coronavirus pandemic.

“As the economic data roll in over coming months, they will present a very sobering picture of the state of our economy,” Dr Lowe said.

“There will be many reports of record declines in economic activity.

“As Australians digest this economic news, I would ask that we keep in mind that this period will pass, and that a bridge has been built to get us to the other side.

“With the help of that bridge, we will recover and the economy will grow strongly again.”

But Dr Lowe also weighed into the debate about the wisdom or otherwise of lifting some social-distancing measures imminently to get the economy moving again.

He said the timing and pace of the economic recovery would depend on how long we have to restrict economic activities and that, in turn, depended on how effectively we contained the virus.

“We can be confident that our economy will bounce back and that we will see it recover,” he said.

“We need to remember that once the virus is satisfactorily contained, all those factors that have made Australia such a successful and prosperous country will still be there.”

Dr Lowe said it was difficult to be precise about the timing, so it was useful to think in scenarios.

“One plausible scenario is that the various restrictions begin to be progressively lessened as we get closer to the middle of the year, and are mostly removed by late in the year, except perhaps the restrictions on international travel,” he said.

“Under this scenario, we could expect the economy to begin its bounce-back in the September quarter and for that bounce-back to strengthen from there.”

“If this is how things play out, the economy could be expected to grow very strongly next year, with GDP growth of perhaps 6–7 per cent, after a fall of around 6 per cent this year.

“There is though quite a lot of uncertainty around the numbers, with the exact profile of the recovery depending not only upon when the restrictions are lifted but also on the resolution of the uncertainty that people feel about the future.”

Photo:
Dr Lowe said the unemployment rate would have been much higher without the JobKeeper wage subsidy. (AAP: Dan Peled)

Your questions on coronavirus answered:
Uncertainty over unemployment forecast

But he said there were other scenarios to consider, like the damage that could occur if restrictions were left in place longer than necessary — or lifted prematurely.

“On the optimistic side, the restrictions could be lifted more quickly, with the virus being contained,” he said.

“In that case, a stronger recovery could be expected, particularly in light of the very large monetary and fiscal support that is in place.

“On the other hand, if the restrictions stay in place longer, or they have to be reimposed, the recovery will be delayed and interrupted. In that case, the loss of incomes and jobs would be even more pronounced.

“Whatever the timing of the recovery, when it does come, we should not be expecting that we will return quickly to business as usual.

“Rather, the twin health and economic emergencies that we are experiencing now will cast a shadow over our economy for some time to come.”