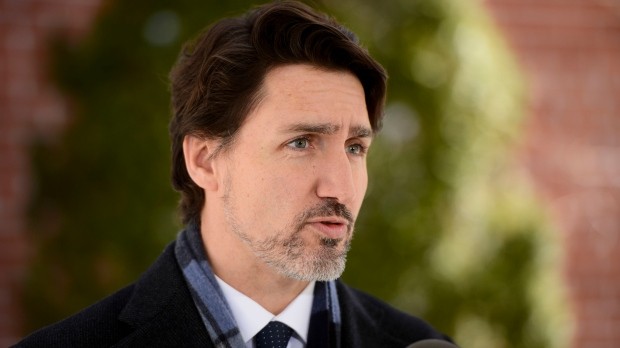 OTTAWA —
Prime Minister Justin Trudeau says the federal government is setting up a $350 million Emergency Community Support Fund to help charities and non-profits keep up their work assisting Canada’s most vulnerable through the COVID-19 pandemic.

And, as of Tuesday companies who have been eyeing the 75 per cent wage subsidy for employees will be able to get an estimate of how much money they’ll be able to claim once the application portal opens next Monday.

Speaking to the supplementary supports for community programs, Trudeau said that, because organizations have had to change the way they deliver services in accordance with public health measures, it has left groups like seniors without the programs they rely on.

The new funding will go to small front-line organizations, as well as larger national groups, “that can get funds to local organizations and vulnerable people quickly,” Trudeau said.

Charity advocacy group Imagine Canada has forecast that charities will lose between $9.5 billion and $15.7 billion in revenue and be forced to reduce staff by between 117,000 and 195,000 this year.

As for the wage subsidy, Trudeau said a new calculator is being launched on the Canada Revenue Agency website to help businesses determine how much they will be able to claim through the wage subsidy program. He said employers will be able to apply as of Monday, April 27 for the 75 per cent salary top-up to keep staff on the payroll.

“We hope to be able to get this help out to businesses to keep employees on their payroll as quickly as possible,” Trudeau said.

As for the $2,000 a month Canada Emergency Response Benefit, eight million Canadians who are out of work, or whose income has been considerably reduced have now applied.

Treasury Board President Jean-Yves Duclos will have more to say on how employers can get a sense of what to expect to receive through the massive economic program set to cost $73 billion.

The wage subsidy program passed Parliament on April 11, and will provide up to $847 a week per employee for 12 weeks, retroactive to March 15, for companies big and small as well as charities.

Over the last few weeks, the government has announced further expansions to the subsidy program and the amount of revenue decline businesses had to show in recent months, with the intention of keeping as many Canadians employed despite the pandemic shutting down many aspects of society and the economy. Charities were also granted the ability to choose whether or not to include government revenues in their calculations of lost revenue when applying.

The federal government has already put in place some aid measures, such as increasing funding to food banks and homeless shelters, as well as other community outreach programs, but advocacy groups have continued to say more is needed.

During Monday’s meeting of MPs on Parliament Hill — where a plan for how the House of Commons will gather weekly and allow for regular opposition questioning was ironed out — various ministers continued to indicate that more help is coming, with some economic programs still being finalized and expected to be ready to accept applicants in the coming days.

With the number of COVID-19 cases in Canada still growing — though at slower rates than forecast in some regions — and provincial emergency orders getting extended, Trudeau faced more questions about the ongoing issues when it comes to stocking up on enough personal protective equipment.

While domestic re-tooling is well underway and essential medical supplies like ventilators and face shields are being made by Canadian companies, the federal government is also navigating what’s been described as a “wild west” of international procurement to top-up supply stashes across the country.

Trudeau said, “for the most part” supplies are making it to where they need to go, but vowed health services in all provinces and territories will be getting the equipment they need. He said millions of pieces of PPE have made their way to Canada in recent days.

“We’ve seen a number of provinces talk about, you know, possible shortages, a number of days away… We’ve managed to cover those but we are in a situation where people are having to make choices to try and stretch out our PPE long as, as long as possible,” Trudeau said.

He also offered an update on the various research initiatives underway, saying that more than 500 firms have offered ideas for innovations to help Canada through the pandemic. Among the projects getting underway are: a new cloud-based network allowing researchers who are looking to improve the ability to diagnose and treat COVID-19, to share their findings; and an e-grocery management system to insure healthcare workers, seniors, and others have access to fresh food during the crisis.

Monday’s address from Rideau Cottage included no new announcements as the prime minister focused solely on the violent and deadly crime spree that unfolded over the weekend in Nova Scotia.

On Tuesday, Trudeau said he’s spoken with RCMP officials, Nova Scotia MPs, and visited the Canadian Police and Peace Officer’s Memorial to pay tribute, saying that all the families of victims have the support of the nation.

Don't Miss it Scientists suggest MMR vaccine ‘could protect against coronavirus – after BCG trials start’ – The Sun
Up Next What is it like to have the coronavirus? | COVID-19 Special