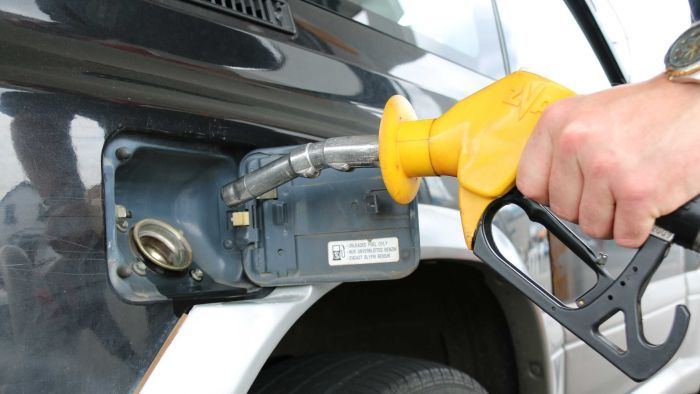 Photo:
Prices are also continuing to fall, both at the terminal gate and the petrol pump. (ABC News)

Something remarkable has happened in the US — crude oil sellers have actually started paying buyers to take the ‘black gold’ off their hands.

To be precise, traders selling West Texas Intermediate crude oil for delivery in May were willing to pay $US37.63 a barrel for someone to take it off their hands.

Reuters reports that it is the first time in history an oil futures contract has traded at a negative price.

Why did this extraordinary event occur?

Globally, oil prices have been crashing for weeks as COVID-19 disrupts international travel, which means airlines are using very little fuel; as well as car travel, meaning most households are using less fuel; and also industrial output, much of which uses fuel, oil or petrochemicals.

However, Bob McNally, the president of the Rapidan Energy Group and a former national security aide on energy matters for US president George W Bush, explained that it was only one specific contract where prices had gone negative so far.

“We’re talking about the price for the May futures contract, which is about to expire, and so this has not happened for the June or the other prices — they are above, still, $US20 a barrel,” he told Fran Kelly on RN Breakfast.

“But, if you have oil and you bring it to Cushing right now you’re going to have to pay someone to take it away, there’s no storage available in Cushing — there’s some physical capacity left, but the contracts, or the rights to have storage, have been sold off.”

That means no-one wants any more West Texas oil being delivered to the US oil pipeline hub of Cushing, Oklahoma next month.

Anyone who has oil that needs to be delivered there had to pay buyers for the costs of them paying for extremely scarce storage or transporting the oil somewhere else for extended storage.

Photo:
Globally, oil prices have been crashing for weeks as COVID-19 disrupts international travel. (AAP: Paul Miller)
What about prices outside the US?

As Mr McNally said, other oil prices are not yet negative.

The contract for June delivery of West Texas crude to Cushing was at $US20.43 a barrel, although that was down 18.4 per cent from the start of US trade on Monday, reflecting concerns that the supply glut and storage shortage would persist.

More importantly for Australian fuel prices, the most widely watched global benchmark price of Brent crude also fell, but nowhere near as much, with the contract expiring on April 30 currently trading around $US25.50 a barrel.

RBC commodity strategist Michael Tran said that was because the most acute storage shortages so far were in the US as oil refiners responded to a slump in fuel demand by slashing output.

“As refiners have been rejecting physical barrels, physical storage has been piling up,” he wrote in a note to RBC’s clients.

“To be clear, this is a North American storage congestion story, not a global one where we estimate some 1.5 billion barrels remaining in onshore storage capacity.”

Aside from onshore storage, there is an option to fill up oil tankers with fuel and park them somewhere, waiting for supply to pick up.

Mr Tran said this would likely happen soon in the US, but was an expensive storage option, while sending a tanker from the US to Asia costs around $US7 a barrel in shipping charges.

Photo:
It is possible that oil prices in the US and elsewhere may fall further. (Reuters: Jessica Lutz)

Mr McNally also warned that global storage would start being squeezed if the COVID-19 pandemic kept large economies in effective lockdown for much longer.

So why are oil producers still pumping?

Mr McNally said it took time and cost money to cap oil wells to stop production, which would then take more time and cost to reactivate when demand did pick up again.

However, he added that the current market price falls were a “brutal but effective” signal to oil producers.

“Negative prices, or very low prices even in the single digits, are the market at work, it’s the price mechanism telling producers: ‘hey, cut it out, stop producing, we have nowhere to store and nowhere to refine your crude on planet Earth’,” he told RN Breakfast.

“But it takes a while, it’s not like a sink where you just turn the faucet.”

Can oil prices in the US and elsewhere fall even further?

It is certainly possible, according to both analysts.

Michael Tran has described the US situation of slumping fuel demand, a relatively slow supply response and storage capacity filling up as like a “slow-motion car crash”.

“The car is speeding up and market forces will inflict further pain until either we hit rock bottom, or COVID clears, whichever comes first,” he said.

He said that, ultimately, it would need a pick-up in oil demand to clear the supply glut.

“The blueprint for a sustainable oil market rally starts with a pick-up in gasoline consumption, leading to refinery margin expansion and increasing crude demand, in that order.”

What does all this mean for Australian fuel prices?

In short, probably not as much as it should have so far.

According to Australian Institute of Petroleum figures quoted by CommSec on Monday, the average price of unleaded petrol fell by 6.8 cents to a four-year low of 107.2 cents a litre last week, with metropolitan prices a bit lower at 102.7 cents.

That compares to a wholesale terminal gate price (paid by the petrol retailers) of 82.7 cents last week, which was near 17-year lows.

That means retail profit margins are at a record high of 22.73 cents, according to CommSec, not far off double the average level seen over the past two years.

However, before slamming service stations too hard for price gouging, one also must consider the drop-off in business most of them are suffering with fewer people driving and therefore fewer customers coming into their shops.

Prices are also continuing to fall, both at the terminal gate and the petrol pump.

CommSec said the wholesale price of unleaded petrol on Monday was 80.9 cents a litre, while retailers were buying diesel at 95.8 cents.

MotorMouth reported average retail prices on Monday as below a dollar a litre in Perth (89.4 cents), Brisbane (93.5 cents), Sydney (97.2 cents) and Melbourne (99.2 cents), but still well above a dollar in the smaller capital cities.