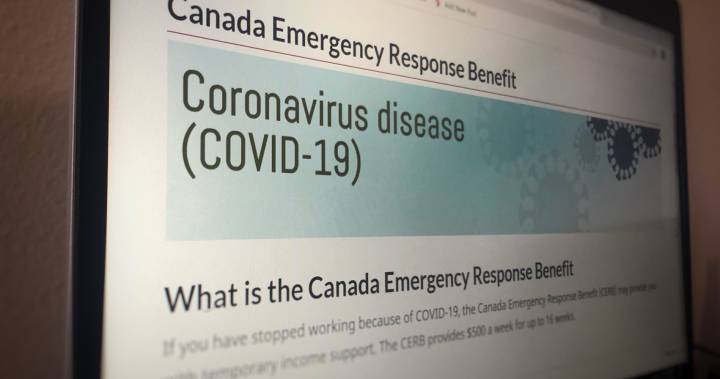 Economic havoc wreaked by the coronavirus has led some to ask whether it’s time for a basic income.

In Canada alone, more than a million people have lost their jobs since March, with millions applying for the Canada Emergency Response Benefit, which gives $2,000 every month for up to four months to those who’ve lost income due to COVID-19.

Today we are calling for immediate help for all Canadians:

1) IMMEDIATE DIRECT HELP: Sending $2,000 with an additional $250 per child directly to all Canadians (Universal Basic Income)


READ MORE:
The new COVID-19 benefit for workers has launched — Here’s how to apply

Some countries are looking for longer-term solutions.

Spain, for instance, is now trying to figure out a way to introduce a potentially permanent universal basic income to combat the economic effects of the pandemic, according to Bloomberg News.

Is it time to start considering a basic income — universal or otherwise — in Canada, too?

A targeted basic income has been needed for a long time, said Prof. Evelyn Forget, an economist at the University of Manitoba.

“I think a targeted basic income, which gets money to people who need it in a reasonably consistent way, is something that we’ve needed for a long time,” Forget said.

“And I think we’re well on the way towards one with these new benefits that have been introduced.”


READ MORE:
Did you get 2 CERB payments? It’s not a mistake, minister says

Canada could roll out a targeted basic income in several ways, according to Dionne Pohler from the Centre for Industrial Relations and Human Resources at the University of Toronto.

For instance, it could go out to people the same way guaranteed income supplements do for those caring for children or seniors, she said.

Amid the pandemic, Pohler and her fellow researchers say a targeted basic income is a good way to ensure that working-age Canadians who don’t make enough income and fall short of qualifying for other social supports — such as employment insurance — can receive money in a crisis.

“The kind of basic income that I would espouse, whether it’s in a crisis or in good times, is actually one that goes to the lowest income earners,” she said.

Even those who would call a universal basic income a bad idea in normal times say it is necessary at least during a crisis like COVID-19. As conservative strategist Ken Boessenkool recently wrote in an opinion piece for The Globe and Mail, a crisis basic income would help people make the decision to stay home.

How to care for someone with COVID-19 at home

“Sometimes an idea that makes no sense in normal times makes perfect sense in times of crisis,” he wrote.

But a universal or targeted basic income wouldn’t work in the context of a normal Canada, Boessenkool said, calling it too expensive.

How do we know it would work?

Several experiments from around the world show that it improves the mental and physical health of people, Forget said.

Manitoba’s own Mincome pilot project from the 1970s showed that giving people a basic income meant they could focus on education, for instance.

“They’re investing it in ways that allow them to get ahead, allow them to retrain for jobs, to live better lives,” she said. “So, yes, there’s a lot of evidence that it’s not such a terrible thing.”

One perception about basic income is that it would discourage people from working, Pohler said.

For instance, in some provinces, social assistance is set up so every dollar earned at work means a dollar deducted from benefits, she said.

“That creates what economists refer to as the welfare wall,” Pohler said.

But instead of taking away benefits from the newly employed, maybe paying people to work via an earnings subsidy up to a certain amount could encourage them to continue in the labour market, she said.

“So if you actually try to break that welfare wall by providing an additional incentive, in addition to that basic income, you actually would encourage people to enter the labour market.”

1:49
Low income means no nourishing food for some Peterborough residents

Low income means no nourishing food for some Peterborough residents

Pohler said it would be “great” if Canada’s experience with the pandemic exposing gaps in social security for working-age Canadians actually led to a “serious discussion about a basic income long term.”

But some obstacles will likely persist beyond this crisis, she said, barriers “that will either make it difficult to introduce a basic income permanently in this country, and to even continue the kinds of changes that we’ve made to the social safety net in the crisis situation.”

1:10
Basic income would be the best way to help families reliably put food on the table: report

Basic income would be the best way to help families reliably put food on the table: report

But three in four Canadians surveyed in a more recent poll by Gallup and Northeastern University in 2019 said they favoured a universal basic income.

How much would it cost?

Critics have said the costs of such programs might be too high.

The report also suggests governments might be able to recoup some of their costs through lower health-care spending.

“Instead of using the health-care system to treat the consequences of poverty, we’re giving people money upfront to live better lives,” Forget said.

A 2018 report by Parliament’s fiscal watchdog suggested the annual cost of a guaranteed basic income for low-income Canadians could be $43 billion.

A policy proposal by Pohler and her colleague in 2019 estimated a gross cost of $90 billion a year, funded through reforms of existing tax and social assistance policies in a way that is revenue-neutral for the federal government — meaning restructure funding streams that are already available in order to deliver a basic income program nationwide.

“If you weren’t going to use the things that we were saying to fund it, then you would have to find an extra $100 billion,” Pohler said.

How would the government even introduce a national basic income program? Pohler says it would require co-operation between the federal government and the provinces.

“I think one of the first things that the federal government would have to do is to work with the provinces,” she said.

Secondly, the government could perhaps start with the expansion of a current program such as the Canada Workers Benefit, she added.

Minister of Employment Carla Qualtrough was asked about the possibility of a guaranteed basic income program in Canada on Sunday’s episode of The West Block.

She said the government has so far taken a “targeted approach” towards workers who have lost income due to COVID-19 but also acknowledged that the CERB has gaps where people fall through the cracks.

“We don’t want to send it to people who don’t need it,” Qualtrough said.


READ MORE:
What do Canadians think of basic income? It will reduce poverty but could raise taxes

“We want to make sure we target our investments towards people who do need it. And a one-time payment for every single Canadian wouldn’t allow us to pay the Canadians who need it, the amount that we would like to give them.”

Global News reached out to the departments of finance and economic and social development, asking whether the government was considering any type of basic income program, how one could be implemented, and what are the government’s estimates on costing for such a program in Canada.

Department of Finance spokesperson Marie-France Faucher said the government’s economic response to the pandemic focused on measures such as the CERB and the federal wage subsidy to support workers and businesses and help “those most in need.”

“This wide-ranging support will help ensure Canadians can pay for rent and groceries, and help businesses continue to pay their employees and their bills during this time of uncertainty,” she said.

One thing the pandemic has made clear is that “anybody can suffer a reversal of fortune that they really have no control over,” Forget said. People are beginning to realize how limited the current programs are, she added.

How much a targeted basic income should be is always a “social and political question.”

“Really it depends on what Canadians are prepared to accept and advocate for,” Forget said.