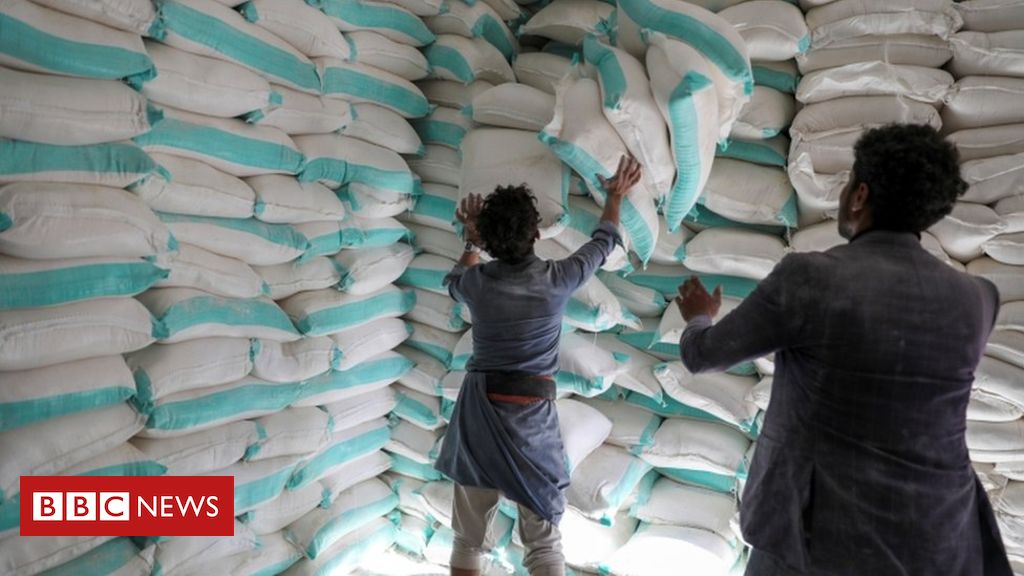 The world is at risk of widespread famines “of biblical proportions” caused by the coronavirus pandemic, the UN has warned.

A report estimates that the number suffering from hunger could go from 135 million to more than 250 million.

Those most at risk are in 10 countries affected by conflict, economic crisis and climate change, the WFP says.

In South Sudan, 61% of the population was affected by food crisis last year, the report says.

Even before the pandemic hit, parts of East Africa and South Asia were already facing severe food shortages caused by drought and the worst locust infestations for decades.

Addressing the UN Security Council during a video conference, Mr Beasley said the world had to “act wisely and act fast”.

“We could be facing multiple famines of biblical proportions within a short few months,” he said. “The truth is we do not have time on our side.”

In a call to action, he added: “I do believe that with our expertise and our partnerships, we can bring together the teams and the programmes necessary to make certain the Covid-19 pandemic does not become a human and food crisis catastrophe.”

The WFP chief – who has just recovered from Covid-19 – began his Security Council briefing by saying “excuse me for speaking bluntly.” There is no blunting what could happen in a world facing – even before this global health crisis – what David Beasley called the worst humanitarian catastrophe since the Second World War.

In an interview, he also expressed fear that 30 million people, and possibly more, could die in a matter of months if the UN does not secure more funding and food. But this is also a world where donors are reeling from the steep financial cost of their own Covid-19 crises.

Mr Beasley says no-one told him they would turn their back on the most vulnerable. But he admitted they would need to take stock at home first. He warned that chaos elsewhere could circle back around the world.

His blunt warning: “One way or another, the world will pay for this.” Better to work together, he says, on the basis of facts, not fear.

The WFP’s senior economist, Arif Husain, said the economic impact of the pandemic was potentially catastrophic for millions “who are already hanging by a thread”.

“It is a hammer blow for millions more who can only eat if they earn a wage,” he said in a statement.

“Lockdowns and global economic recession have already decimated their nest eggs. It only takes one more shock – like Covid-19 – to push them over the edge. We must collectively act now to mitigate the impact of this global catastrophe.”

Earlier this month, this WFP said it was set to halve aid to parts of war-torn Yemen controlled by Houthi rebels due to a funding crisis.

It said some donors had stopped their aid over concerns that deliveries were being obstructed by Houthi forces.

The WFP feeds more than 12 million Yemenis a month, 80% of whom are in areas controlled by Houthi forces.

Yemen confirmed its first case of Covid-19 earlier this month, with aid agencies warning that the disease could quickly overwhelm the country’s weakened health systems.

Don't Miss it Coronavirus: UK death toll passes 100 – BBC News
Up Next Unemployment rises to 5.2 per cent in March but full impact of coronavirus yet to show | ABC News