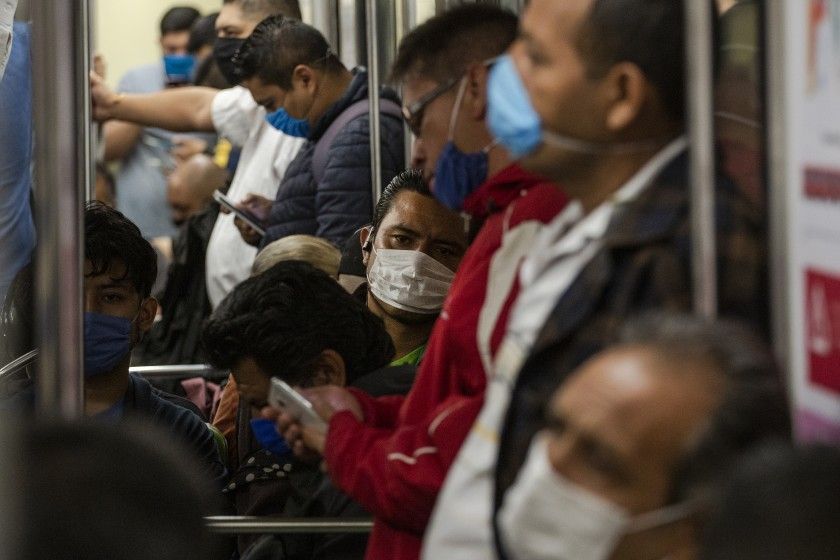 Mexican officials warned Tuesday that the country is about to experience a major surge in coronavirus infections and deaths, as health professionals worried about overwhelmed hospitals, a prospective shortfall of doctors and a lack of medical equipment.

“We are prepared to confront the most difficult moment,” President Andrés Manuel López Obrador told reporters in an attempt to reassure the public. “We have the [hospital] beds, we have the equipment, we have the doctors.”

But others have questioned whether a long-neglected public healthcare system is ready for a rapid rise in demand.

“I don’t trust the capacity of the hospitals,” said Alejandro Macias, an infectious diseases specialist at the University of Guanajuato who served as the national flu commissioner during the 2009 swine flu pandemic, which originated in Mexico. “We’re not going to have enough intensive care beds. We have a fraction of what we need.”

Mexico has 1.4 hospital beds for every 1,000 citizens, according to the Organization for Economic Cooperation and Development. The United States has twice as many.

The Social Security system, the major health provider for much of Mexico, is undergoing “terrible stress,” said its director, Zoé Robledo Aburto.

For years, he noted, the massive public medical bureaucracy has suffered from a lack of investment and an institutional failure to recruit doctors, purchase equipment and add beds and treatment sites.

“But we have to rise above this situation,” he said.

The crisis is expected to be most severe in the densely populated Mexico City metropolitan area that is home to more than 20 million people.

Top health officials said that large numbers of infections have gone undetected because of a lack of testing and that the true total could top 70,000.

Hospitals and clinics in and around the capital have been nearing capacity. The military has been enlisted to provide additional beds if needed.

From April 12 to April 20, Sheinbaum said in a video statement, the number of confirmed or suspected COVID-19 patients breathing with the aid of ventilators in Mexico City hospitals almost doubled, from 265 to 529. That means 35% of the city’s ventilators are now in use, the mayor said.

Mexico reported its first case of infection in late February, putting the country about a month behind the United States.

The early cases were part of “phase one,” the start of preparations for an uptick in cases. “Phase two,” the imposition of safety measures, including a ban on nonessential activities, began in late March.

Tuesday was the official declaration of “phase three,” a period of quickly accelerating contagion throughout the nation of 126 million.

At least four hospitals in various parts of the country have experienced coronavirus outbreaks, which some doctors and nurses have attributed to a shortage of masks and other safety gear.

Health workers have staged street protests demanding more protective equipment, while some have also suffered attacks and abuse at the hands of people who accuse them of spreading the virus. Mexican authorities have reported more than 500 coronavirus cases among medical professionals, including nine deaths.

Mexico’s population is younger than that of the United States, an advantage in combating a virus that disproportionately kills older people. But high rates of diabetes, hypertension and obesity increase the country’s vulnerability.

“This represents an additional adversary that Mexico has to confront,” said Dr. Hugo López-Gatell, the undersecretary of health who is directing the country’s coronavirus response. “A state of deteriorated health.”

In recent weeks, officials have been scrambling to increase stocks of ventilators, masks, gowns and other items. The president and other officials have extolled the arrival of test kits and other medical supplies from China and announced plans to purchase 1,000 ventilators from the United States.

But experts cautioned that equipment alone is not enough.

“You may get the ventilators, but you still need to have doctors and nurses trained to operate the equipment and the protocols in place to make sure it is effective,” said Eduardo González-Plier, a former government health official.

Thousands of additional doctors are being trained throughout the country to deal with the anticipated increase in cases, officials said.

In addition to Mexico City, officials are also especially concerned about the northern states along the 2,000-mile border with the United States. By late Tuesday, the U.S. death toll was more than 45,000.

The state of Baja California, which includes the border cities of Tijuana and Mexicali, reported 741 cases and 75 deaths as of Tuesday, amid fears that cross-border traffic and the continued operation of some border factories, known as maquiladoras, may be contributing to the virus’ spread.

In Ciudad Juarez, across the Rio Grande from El Paso, a coronavirus outbreak struck an automotive-seating plant, leaving some workers dead and others hospitalized.

Throughout the border zone, tens of thousands of migrants hoping to reach the United States are crammed into homes, shelters and camps, raising fears of more outbreaks like the one reported this week at a shelter in Nuevo Laredo.

From the outset of the crisis, Mexico has opted for a graduated increase in safety measures, balancing health concerns with potential damage to the economy. Authorities rejected an outright lockdown as unfeasible in a country where half of the population lives in poverty and up to 60% depends on street sales and other unregistered business in the informal economy.

“One has to find the correct balance between doing good with an intervention and minimizing secondary effects,” said López-Gatell, the coronavirus response chief.

In late March, Mexico finally ordered a shutdown of nonessential businesses, a ban on large gatherings and mandatory social distancing. But public markets and other establishments remained open. Schools were shut in mid-March and are expected to remain closed until at least June 1.

For weeks, López Obrado was harshly criticized as he continued to travel around the country, kissing and hugging admirers and seeming to downplay the danger. But he eventually embraced social distancing and other measures.

Economists at Moody’s Analytics predict that Mexico’s economy will contract 6.5% in 2020 and the country will enter into a recession. Driving the downturn: losses in remittances, a decline in tourism, plummeting oil revenue and a major contraction of the export market.

Amid the gloom, the president has sought to put a positive spin on matters as the country enters the most severe phase of the pandemic.

“I want to give a guarantee … that we Mexicans are going to be able to overcome this crisis,” the president said Tuesday. “We are going to win together.”

Don't Miss it Coronavirus: Schools to close until further notice from Friday – BBC News
Up Next The next four weeks will shape when Australia's coronavirus restrictions will be lifted | ABC News 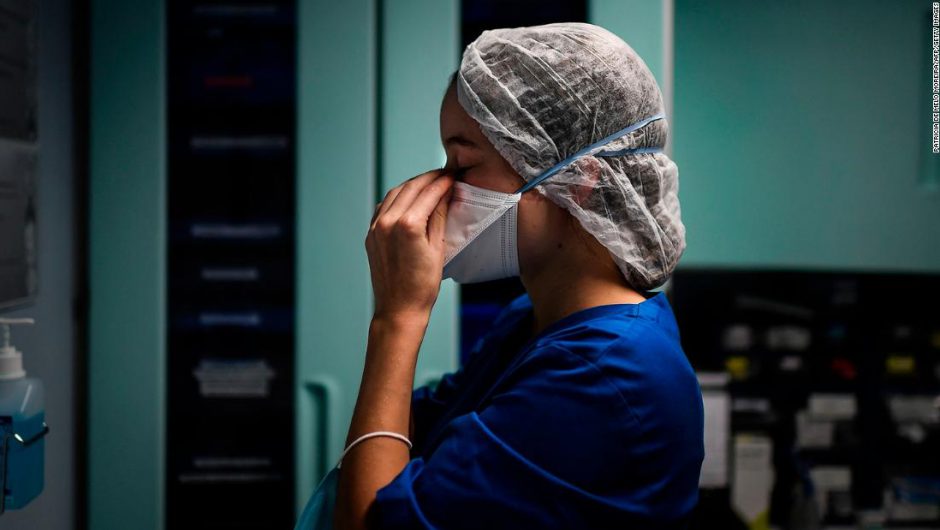 We’re answering your questions about the pandemic. Send yours to COVID@cbc.ca, and we’ll answer as many as we can. We… 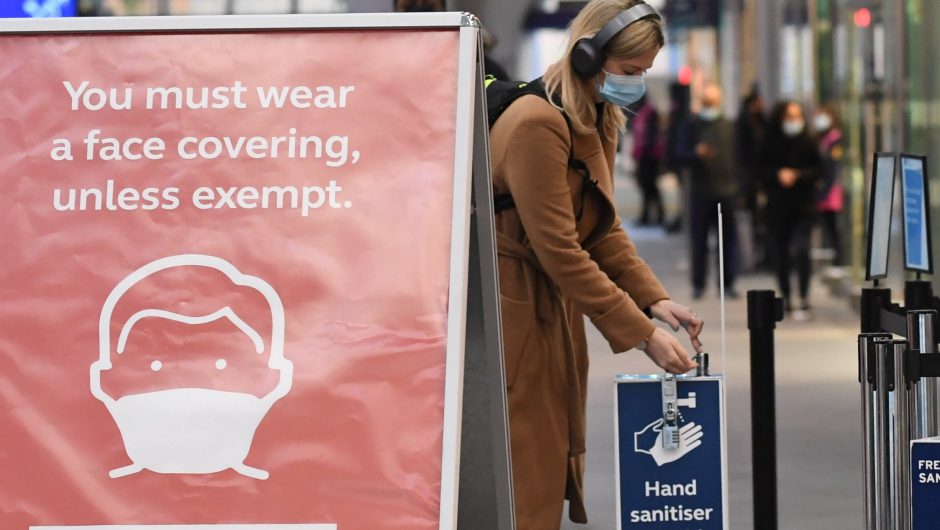