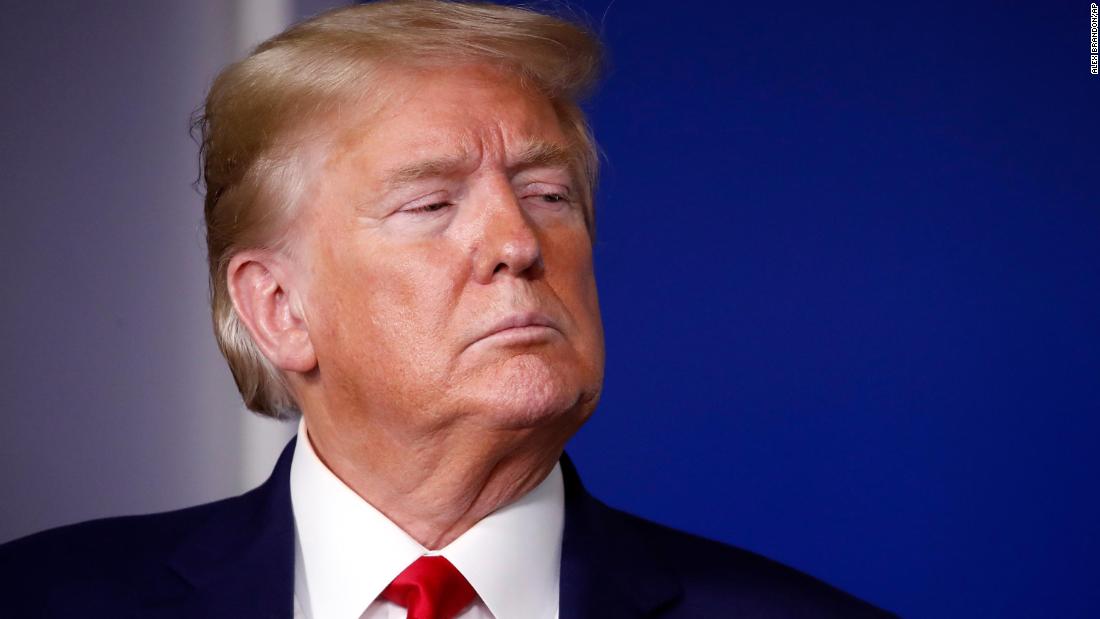 Divisions have emerged along a timeworn North vs. South divide, on ideological and geographical grounds nationally and within states, and on the level of respect accorded by political leaders to epidemiological science.

The mishmash is likely to do little to instill confidence in a populace that polls show is mostly skeptical about emerging from their homes. And that confidence will be vital to triggering the economic rebound everybody wants.

Trump, with a clear eye on his reelection prospects, keeps implying that normal life and a swift end to the terrible economic deprivation sparked by the virus are around the corner.

“We are opening up America again. Twenty states representing 40% of the population have announced that they are making plans and preparations to safely restart their economies in the very near future,” the President said at the White House.

The widening divide was first provoked by Georgia’s aggressive move to revive businesses like nail and hair salons, bowling alleys and tattoo parlors on Friday, despite not yet achieving compliance with White House blueprints for when it is safe to open up.

An expanding coalition of Southern, conservative states led by governors who broadly support Trump is now emerging. Mississippi Gov. Tate Reeves said he had spoken with other Southern governors on what reopening would look like.

“All of us are of similar minds. We each have different circumstances and different situations that are unique to each individual state,” Reeves said.

“And so I’m not at all surprised that this is sort of exactly what I anticipated occurring with some in the South, continuing to work to reopen.”

Trump is doing nothing to slow the Southern coalition. In fact, he appears to be providing inspiration for governors who show signs of putting ideology over science, ignoring inconvenient facts and scientific data in their plans to open up in a desire to please conservative media cheerleaders — in a case of trickle-down Trumpism.

The Southern group’s instincts contrast with several bipartisan blocks of states in the Northeast, Midwest and the West that are more cautious and are extending shutdowns — prolonging an economic collapse that has cost many millions of jobs.

The South’s aggressive approach reflects Trump’s enthusiasm for reigniting the economy. But it is dismaying public health experts, who fear that premature easing of shutdowns will cause a new spike in infections even before the initial wave is under control.

Such warnings fuel an impression that political considerations are paramount. The zeal for opening does not appear to meet the test set by the government’s top infectious disease specialist, Anthony Fauci, that the “virus will decide” when it’s safe to reopen. Fauci was absent from Trump’s briefing again on Tuesday.

Patrice Harris, the president of the American Medical Association, said she was worried about a possible second wave of infections in the fall on the lines of Redfield’s warning to The Washington Post.

The best-case scenario following aggressive reopening in Southern states, in contrast with more hard-hit epicenters in the North like New York and Michigan, is that it could create test cases of how to reignite the economy while keeping the disease at bay. That would require most warnings by medical and public health experts to be wrong.

So opening up now is a huge risk. Just because the curve of infections is flattened does not mean it cannot rise again since the disease has no proven therapies and there is so far no vaccine.

The Trump administration’s failure to institute a national testing infrastructure makes the openings even more of a risk, since an accurate fix on the pandemic’s penetration in the states is impossible. The testing deficit complicates the task of diagnosing, tracing and isolating infected patients and those exposed.

Trump, however, is dismissing academic studies that show millions of tests must be completed every day nationwide to ensure that the process of restoring the economy is safe.

“Not everybody wants to do such significant testing. Testing is good in some cases. And in some cases it’s not,” Trump argued in a statement that was neither accurate nor rooted in fact.

“You have governors that don’t want to go all out on the testing, because they think they can do it in a different manner and do it better,” the President said.

With Georgia under fire from within and outside the state, Trump defended Republican Gov. Brian Kemp, and said he would speak to him by telephone later on Tuesday.

“He is a very capable man. He knows what he is doing,” the President said.

Dr. Deborah Birx, a senior member of Trump’s task force on coronavirus, appeared to be walking a political tightrope beside the President, not directly criticizing Kemp but hinting apparent disapproval of the return of businesses like salons.

“If there’s a way that people can social distance and do those things, then they can do those things. I don’t know how. But people are very creative. So I’m not going to prejudge,” Birx said.

Trump also further undermined the notion of social distancing when he said, falsely, that conservative protesters demanding reopening were keeping their distance from one another.

He implicitly rebuked CDC Director Redfield, who had earlier said that such demonstrations were “not helpful.”

“It’s not a question of helpful or not. People want to get back to work. And I’ve watched some of the protests, not in great detail, but I’ve seen that, and they’re separated.” Television pictures of the protests suggest Trump is not being truthful.

The nature of the US political system, the size of the country and the differences in the intensity of the virus from place to place mean that there is not and should not be a one-size-fits-all method of reopening.

But the fact that so many officials are willing to shrug off White House guidelines that stipulate a 14-day downward track of infections before opening is contemplated and, in many cases, the concerns of health experts and other local leaders, is threatening widespread confusion.

For instance, in Texas, Dallas County extended its stay-at-home orders until May 15. But Gov. Greg Abbott said that if he orders business to open next week, his authority would take precedence.

One Trump ally, Sen. Lindsey Graham, said he backed the decision by his home state of South Carolina to reopen beaches and some stores but was concerned about events across the border.

“I worry that our friends and neighbors in Georgia are going too fast too soon,” Graham wrote on Twitter.

Columbia’s Democratic Mayor Stephen Benjamin warned that decisions being made by governors like the Palmetto state’s Henry McMaster were not based on sound science.

“The challenge is in places like Florida and Georgia and, yes, even here in South Carolina there is not that dialogue that is data-focused rather than these arbitrary dates our governors keep laying out,” Benjamin said on CNN.

“The goal ought to be to reopen a pandemic-resistant or a pandemic-free economy.”

Florida Gov. Ron DeSantis, a strong supporter of the President, ordered his reopening task force to work out how to minimize risk as businesses open.

The curve does appear to be flattening in Florida, but the state still reported more than 800 new cases on Tuesday, for a total of nearly 28,000 diagnosed infections and more than 860 deaths.

In a Trumpian flourish, DeSantis lashed out at the media, which he said had created narratives that “Florida’s about to be capsized by this flood of sick people and it doesn’t happen. Then people need to realize that a lot of what was said there has not been proven to be true.”

There was evidence of more Trump-style spur-of-the-moment decision-making when it was revealed that Georgia’s Kemp didn’t tell members of his Covid-19 task force Monday before making his sweeping announcement on reopening.

In a Facebook video, Bernice King, co-chair of the task force, said she had found out about the Georgia governor’s intention via text message from a friend.

As new regulations were put in place by the Ontario Government, the Guelph Police Service has a few tips going…

1.22am BST 01:22 The Victorian department of health has updated details on the new cases, locations, and clusters. Check the…