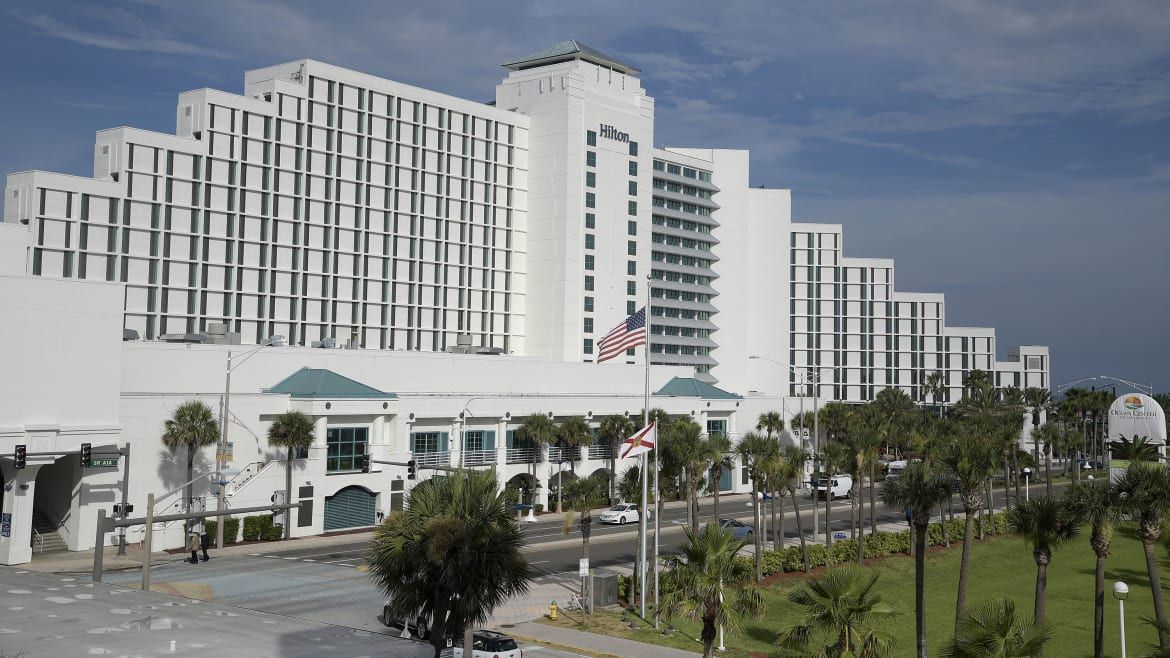 When Congress drew up a $350 billion program to provide relief to small businesses struggling to stay afloat during the COVID-19 pandemic, most lawmakers probably did not imagine that companies like Hersha Hospitality would stand to benefit.

The publicly-traded company based in Pennsylvania, according to its website, owns and operates 48 “high-quality upscale” and “luxury” hotel properties from California and Florida to New York City and Washington, D.C. As recently as 2018, it was flush enough to approve a $100 million plan to buy back its own stocks and pay its top executives over $10 million.

But the coronavirus’ near-shutdown of the hospitality sector drove Hersha Hospitality to apply for help through the Paycheck Protection Program (PPP), the fund set up by Congress in the CARES Act legislation that passed last month. And it used a bit of bait-and-switch for the regulators. Instead of applying for one loan, the company has applied for loans for all 48 of its hotel properties.

According to a filing with the Securities and Exchange Commission reviewed by The Daily Beast, subsidiaries of Hersha Hospitality—limited liability companies tied to each of their properties—announced they had filed for PPP loans on April 6, three days after the program opened for applications.

It’s not known whether Hersha Hospitality received any government funds, but the fact that a publicly-traded company with far more access to credit and financial help was competing for the same loans as smaller mom-and-pop businesses illustrates the flaws of Washington’s hastily-assembled response to the virus’ economic effects.

The PPP has provided relief for thousands of the smaller enterprises that need the most help. Officials like Treasury Secretary Steven Mnuchin say the program’s Main Street impact is borne out by the fact that smaller community banks have provided 60 percent of all PPP loans. However, Hersha Hospitality is just one of many larger, publicly-traded companies that also stood to benefit from the program. An investigation by the Associated Press found that close to 100 publicly traded companies—some of which were facing financial trouble before the pandemic—got a combined $365 million in low-interest government loans.

Companies in the hospitality sector have been afforded a special advantage, thanks to a carve-out in the CARES Act—won after intense lobbying from the hotel and restaurant industry—that stipulates that entities are eligible for loans if they have fewer than 500 employees “per physical location.” That opened the door for restaurant chains like Potbelly and Shake Shack, which received $10 million PPP loans each—though Shake Shack has since returned the loan and is now laying off employees. The provision may have opened the door too for Hersha, which applied for PPP through subsidiaries.

The mad dash for money resulted in a rapid draining of the program’s funds. Less than two weeks and just over 1.6 million approved applications after it started, the PPP was broke—leaving many more hard-hit small business owners that didn’t get a response to their application without any lifeline. On Tuesday, the Senate approved a bill to send another $310 billion to replenish the PPP, though the financial institutions doing the lending have warned that even a major infusion of cash won’t mean that every qualified applicant gets a loan. The new bill does not strike the hospitality industry-friendly exemptions.

“This is the main problem at the moment,” said Andy Green, managing director of economic policy at the liberal Center for American Progress think tank. “It’s a first-come, first-serve pot of money that the powerful are serving themselves first while leaving everyone else in the lurch.”

How to Get Our Economy Out of the Coronavirus Deep Freeze

Key policymakers have acknowledged that the PPP program has given an advantage to companies with far more resources to weather the storm.

“That said, the only comfort we should take is this is not a bailout,” Rubio added, saying that the money isn’t going into the pockets of company shareholders. “None of these companies are getting a bailout.”

Hersha Hospitality did not respond to requests for comment. But the company’s notes to investors as the COVID-19 pandemic took hold reveal elements of their approach. On April 6, the day that the company’s subsidiaries applied for PPP loans, Hersha announced a set of actions to “mitigate COVID-19’s impact on the Company and its operations.”

They included moves to open up an additional $100 million line of credit for the company, slash expenses at properties, exploring the recoup of losses through “insurance claims,” and, lastly, “submitting loan applications for each portfolio hotel for grants and low-cost unsecured financing from the Paycheck Protection Program under the recently passed CARES Act.”

“The funds from our line of credit will provide the necessary support to meet the ongoing operational needs of our hotels into next year under a severely disrupted scenario,” Jay Shah, the company’s CEO, said in the release. Shah added that “we expect a challenging path forward” but that the company would “take the measures necessary to contain costs and maintain liquidity as we face down the COVID-19 threat and the ensuing economic contraction already underway.”

Hospitality groups lobbied hard for the CARES Act to include exemptions that benefited their sector, which has been among the most damaged by the coronavirus pandemic. Indeed, Hersha’s stock price had been trading consistently at $14 per share before the coronavirus crisis hit. It had bottomed out to below $3 per share by March 18, but has since rebounded slightly, trading around $5 per share.

But the company’s public status gives it an ability to raise money, not to mention its credit lines with banks, noted Jared Bernstein, a fellow at the left-leaning Center for Budget and Policy Priorities, former Obama administration economic adviser, and Daily Beast contributor.

“So, not exactly the mom and pop shop that some may envision regarding the PPP,” he said.

Read more at The Daily Beast.

Get our top stories in your inbox every day. Sign up now!

Daily Beast Membership: Beast Inside goes deeper on the stories that matter to you. Learn more.