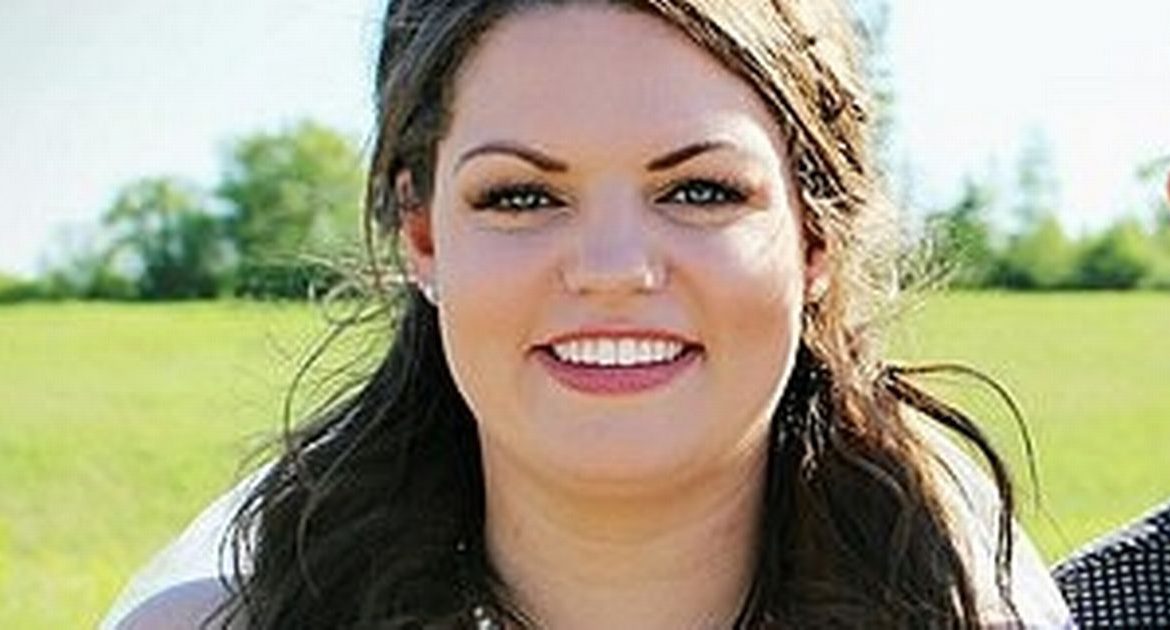 A heartbroken husband has revealed his hero nurse wife was pregnant when she was shot dead in Canada’s deadliest mass shooting.

Kristen Beaton was one of gunman Gabriel Wortman’s 23 victims during a 12-hour rampage across Nova Scotia between Saturday and Sunday which saw him also burn down homes.

In a post on Facebook, Nick Beaton said his wife, who worked for Victorian Order of Nurses (VON), was treating patients of coronavirus on the front line.

“She cried everyday before and everyday after work scared to bring this covid home to her son she loved more than I could even imagine anyone could love one person,” he said in a report by the Daily Mail.

As well as working as a heroic nurse, Kristen was also carrying the couple’s second child.

Speaking to CTV News, Nick said his wife was due to be on holiday from work this week and they were going to announce the news to their families.

Kristen, with husband Nick and their son Daxton

“Our son Daxton was going to wear a shirt and let everybody know,” explained a tearful Nick who had spoken to Kristen on the phone minutes before her death.

Nick went on to describe gunman Gabriel Wortman – who was dressed as a Royal Canadian Mounted Police officer and drove an old force cruiser – as “extremely cowardly”.

The grieving husband had had to heartbreakingly reveal to Daxton his mum had died and was now “in heaven”.

A  GoFundMe  page, meanwhile, has raised over $67,000 for the Beaton family in the wake of the murders.

Wortman’s killing spree took him across the eastern province, including the small town of Portapique where he lived, police said.

And though the motive is currently unclear, it is understood the 51-year-old had killed his ex-wife and her new partner first.

Nick fought back tears as he described his wife

Gabriel Wortman killed at least 16 people before being gunned down by police
(Image: RCMP HALIFAX HANDOUT/EPA-EFE/Shutterstock)

Police had initially believed there to be 19 victims, including veteran police officer and mother-of-two Heidi Stevenson.

But a further four bodies were found at five homes Wortman had set on fire.

The murderer had an obsession with the RCMP, nicknamed the ‘mounties’, since school and had collected related gear for years, including decommissioned cars at auction, it has been reported.

He even had a shrine to the force in his home, according to a friend.

He had used this horde of memorabilia to disguise himself as an officer, pulling people over on the road and shooting them as he drove through the province.

Chief superintendent Chris Leather said Wortman was able to move around “undetected” due to the vehicle he was driving looking “identical in every way to a marked police car”.

However, he ditched the cruiser after crashing it and ended up stealing another vehicle from a random motorist as he looked to continue his spree, according to CNN.

A few months ago, Wortman had inquired about buying a decommissioned cruiser from Nathan Staples.

Mr Staples, from nearby Great Village, described the would-be-killer as “one of those freaky guys”, reports Globe and Mail.

Wortman’s 1986 Riverview High School yearbook described how he would one day fulfil his dream of being a mountie while old school pals were in shock by the “great friend” they remembered, said the  Chronicle Herald.

But his most recent neighbours described a man with an alcohol problem whose business, the Atlantic Denture Clinic in Dartmouth, which apparently had made him a millionaire, was struggling in the virus lockdown.

Wortman’s spree came on the anniversaries of the 1995 Oklahoma bombing and the 1993 Waco Siege in Texas – with police left investigating 16 separate crime scenes.

Ch Supt Leather said identifying crime scenes had been made more difficult due to the fires set at various sites.

“We believe there may be victims still within the remains of those homes which burnt to the ground,” he said.

Among Wortman’s victims were a family of three from the same town as him.

Jolene Oliver, Aaron ‘Friar’ Tuck and their daughter Emily, aged 17, all died, according to a  GoFundMe  page.

While husband and wife Greg and Jamie Blair were also killed, leaving behind two children they share, as well as another two sons Jamie had from a previous relationship.

Police have said the murders began on Saturday night in Portapique, with shots fired at around 11.32pm – before Wortman evaded the authorities into the following morning.

RCMP then announced there was an “active shooter” situation around 8am, warning residents of Portapique to remain inside.

Nurse Heather O’Brien was a colleague of Kristen’s
(Image: facebook)

Officer Stevenson had rammed Wortman’s vehicle in the hopes of stopping him before he dragged her from her cruiser and shot her dead at point blank range.

RCMP Assistant Commissioner Lee Bergerman paid tribute to his colleague and said he had met with her family and that “there are no words to describe their pain”.

Victim Lisa McCully, a teacher at Debert Elementary School, was identified by her sister on Facebook, who said her family’s “hearts are broken”.

Nurse Heather O’Brien, who worked with Kristen Beaton, was also identified by her daughter on social media, who wrote: “A monster murdered my mother today.”

Other victims include Gina Goulet, a denturist and brain cancer survivor, who was described by daughter Amelia Butler as someone who “fought so hard for her life” and was almost fully recovered, she told the Toronto Star.

Another victim was Corrie Ellison whose cousin Juliene Henderson described the news as “Tragic and surreal”.

Dawn was a mum-of-two who had retired from her job at a care home last year.

Canadian Prime Minister Justin Trudeau said: “The vast majority of Nova Scotians will have a direct link with one or more of the victims.

“The entire province and country is grieving right now as we come to grips with something that is unimaginable.”

The PM went on to say the coronavirus pandemic will “prevent us from mourning together in person” but said a virtual vigil will be held on Facebook.