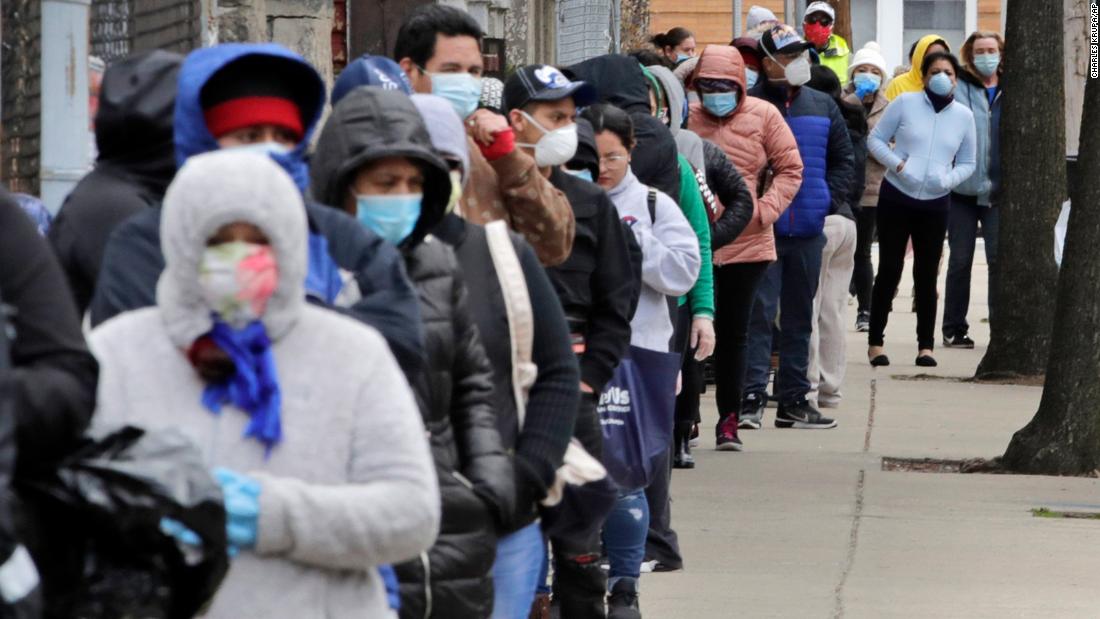 “We are doing the same across the state and in other counties as well to ultimately help guide a deeper understanding of when this pandemic really started to impact Californians directly,” Newsom said Wednesday.

In Indiana, too, officials are tracking cases going back to at least mid-February — weeks before the state announced its first case in early March.

A model of the disease’s spread by researchers at Northeastern University estimates that on March 1, while Americans were still focused on China, thousands of people in New York, San Francisco, Boston, Chicago and Seattle were silently infected with coronavirus, according to The New York Times.Coronavirus has since killed about 47,000 people nationwide and sickened nearly 843,000, according to the Johns Hopkins University.The earlier timeline also emphasizes just how much about this pandemic remains unknown. Four months since the novel coronavirus was first discovered in Wuhan, China, experts worldwide still do not fully understand how the virus started, how it impacts the body or what treatments are effective. Despite these unknowns and the ongoing testing shortages, several states are planning to loosen their stay-at-home restrictions to alleviate the pains of a collapsing economy.

Governors and mayors feud over reopening

The pandemic has hit the US especially hard, leading to stay-home orders in more than 40 states. The decision to reopen even as coronavirus deaths linger is pitting governors against mayors in some of the largest cities.

Las Vegas Mayor Carolyn Goodman said the city’s businesses are ready to reopen, but she did not provide any social distancing guidelines. “For a restaurant to be open or a small boutique to be open, they better figure it out. That’s their job. That’s not the mayor’s job,” Goodman told CNN’s Anderson Cooper.

The state’s key leader did not share her enthusiasm. “We are clearly not ready to open,” Nevada Gov. Steve Sisolak told CNN.

In Georgia, Gov. Brian Kemp made the most aggressive move yet to get the state’s economy humming by allowing businesses such as barbershops, nail salons, bowling alleys and gyms to reopen Friday.

President Donald Trump initially applauded the decision by one of his key Republican allies, a source said, then criticized it during his daily coronavirus briefing Wednesday.

“I disagree with him on what he’s doing but I want to let the governors do (what they want),” the President said.

The state is struggling with an epidemic that has left about 850 people dead. The mayor of Georgia’s largest city said the decision to reopen left her puzzled.

“I have searched my head and my heart on this and I am at a loss as to what the governor is basing this decision on,” said Atlanta Mayor Keisha Lance Bottoms, a Democrat.

Other states have begun to reopen but in slower steps. In neighboring South Carolina, Gov. Henry McMaster announced certain stores can reopen at 20% capacity along with beaches. Mayor Stephen Benjamin of Columbia accused him of using “arbitrary dates” instead of data to make his decisions.

“When you should go back to business is when you have some true indicators over two weeks that show a deceleration of the pandemic,” Benjamin said, referring to one of the White House’s criteria for reopening state economies. “We need more testing. We need more data, and then we can decide how we go back into business.”

Charleston Mayor John Tecklenburg said the governor’s reopening plan was “a measured response” that took safety and social distancing into account. “It’s not like he opened the barn door and everything flies out,” Tecklenburg said

Following the lead of Alaska Gov. Mike Dunleavy, Anchorage Mayor Ethan Berkowitz plans to allow some businesses to reopen Monday. However, he said, he reserves the right to put more restrictions on them than the state.

Not so fast, experts warn states

A coronavirus model routinely cited by the White House warns that no state should be opening before May 1.

South Carolina and Georgia should not open until June 5 and June 19, respectively, according to the model by the Institute for Health Metrics and Evaluation.

“Going ahead and leapfrogging into phases where you should not be, I would advise him, as a health official and a physician, not to do that,” Fauci said.

Montana has the best forecast at May 1. The only other states that should open by May 10 are Alaska, Hawaii, North Carolina, Vermont and West Virginia, the model says. North Carolina is the only one of the six states with more than 1,000 confirmed cases.

About half the states in the country should remain closed until May 25 or later, according to the model. The reopening dates are based on an assumption that states will have aggressive testing, contact tracing, isolation and limits on the size of gatherings to prevent another wave of the virus.

Millions of coronavirus tests are needed each week before US restrictions can be safely lifted, economists and public health experts say.

“We have estimated we need at least three times as much testing as we have right now,” said Dr. Anish Jha, the director of the Harvard Global Health Initiative. “We have been flat for like three and a half weeks. We have made no progress.”

Don't Miss it Coronavirus: US state sues China over virus handling – BBC News
Up Next Youth unemployment could hit 20% due to coronavirus | ABC News