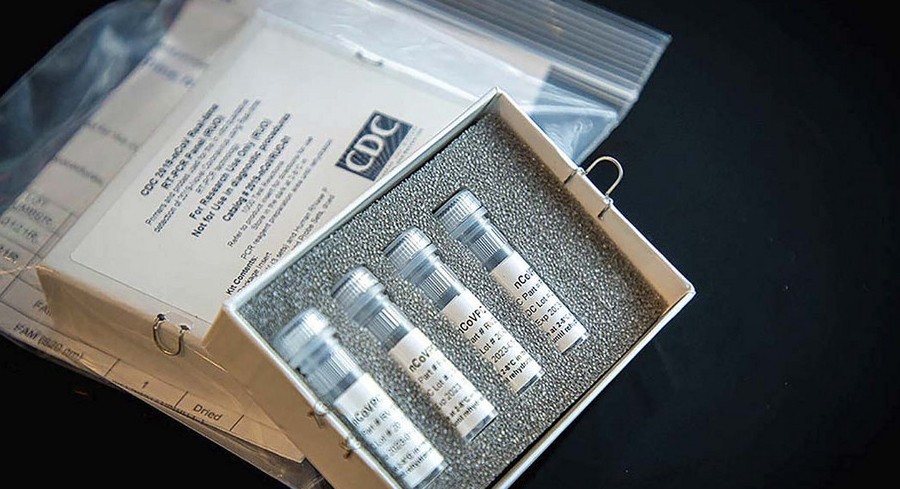 NEW YORK — A million New Yorkers have likely already been exposed to the coronavirus, New York City’s top health official said Thursday, calling the 138,000 confirmed cases in the city the “tip of the iceberg.”

City officials also revealed that New York currently has the capacity to do about 11,000 coronavirus tests each day — far short of the hundreds of thousands a day that will be needed to suppress the disease and restart the city’s beleaguered economy. Mayor Bill de Blasio warned against efforts to reopen local business too soon, saying the disease “has not been beaten yet.”

“That really, I think, is the tip of the iceberg,” Health Commissioner Oxiris Barbot said. “It wouldn’t surprise me if at this point in time, we have probably close to a million New Yorkers who have been exposed to Covid-19.”

Health officials still believe it is likely that half of the city’s population of more than 8.6 million will eventually be infected with the virus. Nearly 15,000 people have died.

“The coronavirus is alive and well and living in New York City,” de Blasio said at his press briefing Thursday.

As states including Georgia have begun to lift quarantine restrictions and allow businesses to reopen, de Blasio said such a move was still far off in New York and warned that easing up because of economic or political pressure was a big mistake.

“It will not only backfire, it will set us back by months and months,” the mayor said. “Any place that attempts to quote unquote liberate before they have the facts, before they have the truth, they’re actually going to be chaining their people to a painful reality and prolonging their agony.”

The 11,000 daily tests are up from fewer than 10,000 last week, but the mayor wants hundreds of thousands of tests a day in order to pursue a plan to isolate people who test positive and trace their contacts. “That number, I hope, will start to increase steadily,” de Blasio said.

The city has yet to see consistent progress on health indicators it is watching to determine when the virus is on the wane. The number of patients in ICUs at public hospitals has hovered around double their normal capacity. It was 796 on Tuesday, down from 821 the day before. “That’s not the movement we need,” de Blasio said.

The city is investigating the deaths of three men in a Midtown quarantine hotel — who were discharged from three different hospitals — and de Blasio said the number of medical personnel monitoring people isolated in hotel rooms would be increased in response.

One of the men does not appear to have died from Covid-19, but the other two did.

“What we’re still trying to understand is what happened in the discharge process that would have led someone to end up being discharged to a hotel if they were still in any kind of danger,” de Blasio said. “We do not have the full, full picture yet.”

This article tagged under:

Don't Miss it Coronavirus: Singapore's migrant workers 'living in fear' – BBC News
Up Next Celebrating life's milestones differently in the age of coronavirus | 7.30