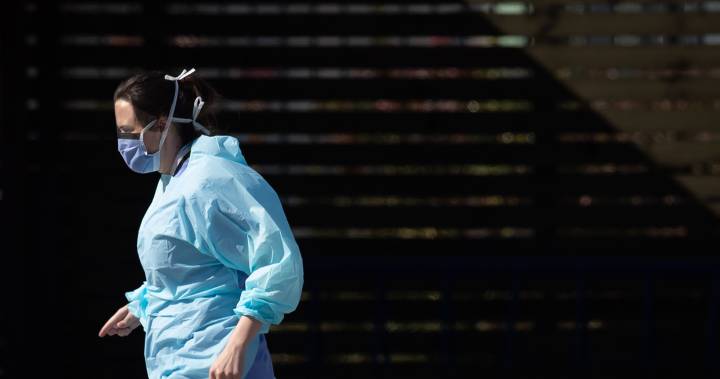 
One of the new deaths reported Saturday is a woman in the ‘Namgis First Nation in Alert Bay, a small community on Comorant Island just north of Vancouver Island, where a cluster of cases has been confirmed.

It’s the first death from COVID-19 on a B.C. First Nation.


READ MORE:
The fight to save patients from the coronavirus at Surrey Memorial Hospital

“This is a tragedy that’s beyond just us. It’s a tragedy for all of us,” Henry said, while extending her condolences to the woman’s family and the larger Alert Bay community.

“Our elders in our First Nations communities are culture and history keepers. When they become ill and they die, we all lose, and I want you to know that we feel that collective loss today.”

The second death is the latest connected to a long-term care home in the province, but Henry said 11 care homes have now seen their outbreaks resolved.

B.C. has now confirmed 1,948 cases of COVID-19 since February. About 60 per cent of those cases have recovered.

Henry said 40 of the new cases reported Saturday are connected to the Mission Institution, which were identified after “extensive” testing. Twelve staff members and 106 inmates have now tested positive, she confirmed.

Two inmates are in hospital, Henry said, but she added containing the outbreak within the prison has been a challenge as health staff scramble to trace contacts and test people inside.

Sixteen more of Saturday’s new cases are connected to the Superior Poultry Processors plant in Coquitlam, which was shut down Friday. Eighteen employees have now tested positive there.

The outbreak at that plant’s sister facility, United Poultry in East Vancouver, remains at 35 employees, Henry said. That facility was shut down earlier this week. Both plants are under investigation and additional testing is ongoing.

The number of patients in hospital remains at 96 cases, after hitting that same number Friday. It was the first time the hospitalization rate had dipped below 100 people since late March.

3:05
Rare look inside a hospital dealing with the COVID-19 crisis

Rare look inside a hospital dealing with the COVID-19 crisis