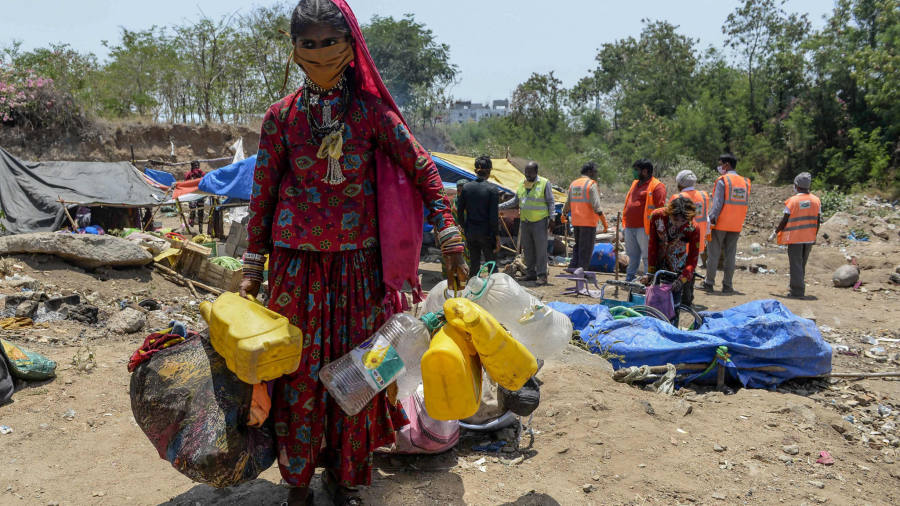 The number of coronavirus fatalities worldwide has surpassed 200,000, according the latest statistics from Johns Hopkins University. The rise comes after the UK reported a further 813 deaths today, becoming the fifth country to record more than 20,000. A total of 2,865,938 people have been infected by the virus. Around a third of the cases are based in the US.

The number of people who have died in UK hospitals as a result of coronavirus has surpassed 20,000, official figures have confirmed. A further 813 fatalities across the UK brought the total to 20,319 as of 5pm on Friday — making the UK the fifth country to pass 20,000 deaths after the US, Italy, Spain, and France, according to Johns Hopkins University.

Priti Patel, the UK home secretary, has drawn attention to efforts to combat crime during the lockdown. The home secretary said authorities were taking down websites attempting to carry out phishing scams, preventing the sale of bogus personal protective equipment and stopping drug smuggling. She said there had been a total of £2.4m in losses to fraudsters during the lockdown.

Spain plans to relax its six-week-old lockdown — one of the toughest in the world — by allowing people to walk and exercise outdoors from the start of next month. In a televised address on Saturday night, the prime minister, Pedro Sánchez, highlighted the country’s falling official death toll, which has been below 400 for each of the past two days, and the reduction in the spread of the virus.

France recorded another 369 deaths due to Covid-19 but has continued to experience a steady decline in the number of patients in hospital or in need of intensive care beds due to the virus. There have been a total of 22,614 deaths linked to coronavirus in France, with 14,050 occurring in hospitals, an increase of 198 over the past day.

The daily coronavirus death toll in Italy dropped to its lowest level since March 17, according to the latest official figures. Italy reported 415 deaths on Saturday – down from 919 at its peak on March 27. Fatalities totalled 26,384, the second highest after the US. The number of people infected fell by 680 to 105,847 as recoveries continued to outpace new cases.

Canada has granted fish and seafood processors C$62.5m (US$44.34m) to help safeguard the country’s food supply chain. Justin Trudeau, the prime minister, acknowledged that recent weeks had been “very difficult” for food suppliers as Covid-19 hit the workforce, and said that the government was “actively exploring” additional measures.

Embraer has hit back at Boeing after the US company walked away from a $4bn deal to acquire the Brazilian group’s regional jet business, saying it “wrongfully terminated” the agreement. In a statement, Embraer said Boeing had “manufactured false claims as a pretext to seek to avoid its commitments to close the transaction”.