The military is to begin testing essential workers around the UK for coronavirus in mobile units which will operate in “hard to reach” areas.

At least 96 new pop-up facilities, which will travel to care homes, police and fire stations, prisons and benefits centres, are due to be running by May.

It comes as the government looks to reach its target of carrying out 100,000 tests per day by Thursday.

Meanwhile, the PM will return to work in Downing Street on Monday morning.

It is just over two weeks since Boris Johnson was released from hospital, where he was treated in intensive care for coronavirus.

On Saturday, the number of people confirmed to have died with Covid-19 in hospitals in the UK passed 20,000, with another 813 deaths announced.

Latest figures issued on Saturday showed that 28,760 coronavirus tests were taken in the previous 24 hours, far short of the government’s daily target of 100,000 – which it aims to achieve by the end of April.

However, Foreign Secretary Dominic Raab told Sky News’ Sophy Ridge he expected to see a “big surge” reflected in the data on testing this week and the government was “on track” to hit its target.

Some health and care workers have previously reported
having to make long journeys to their nearest drive-through testing centres.

Many care homes have said none of their staff have been tested
, while others have spoken of struggles to access official test centres after reporting online they have symptoms.

Of 210 care providers contacted by the BBC earlier this week, 159 said none of their workers had been tested.

Drive-through testing facilities have been set up around the country

The new pop-up facilities, which can be set up in 20 minutes, will see swabs collected by “specially trained” military personnel and taken to one of three “mega labs” to be processed, with results expected within 48 hours.

The number of units is being scaled up after a successful pilot last week, with eight mobile units already testing key workers on Sunday, in areas including Salisbury, Southport and Teesside.

The extra 80-or so units, expected to be running by the start of May, would travel to areas where there was “significant demand”, the government said.

The armed forces will staff 92 of the units, while civilian contractors will operate a further four located in Northern Ireland, the DHSC said.

Prof John Newton, who is co-ordinating coronavirus testing for the government, said these new mobile testing units would help achieve the goal of performing 100,000 tests a day by “providing tests to vital frontline workers wherever they need them”.

He said efforts to increase capacity had resulted in “scores of new testing facilities and Britain’s largest network of diagnostic labs in history”.

The UK has come a long way on testing. When the first cases of coronavirus emerged, the government was reliant on eight Public Health England labs, which could carry out little more than 1,000 tests a day.

That then expanded to include hospital labs, before a network of drive-through testing centres was created – there are around 30, but they will increase to nearly 50 soon – supported by three mega-labs for processing tests.

But as the range of people entitled to testing has increased, one of the issues has been ensuring it is available close to where people need it. A drive-through centre 30 miles from a care worker who does not have access to a car is of little use for example.

The pop-up testing centres run by the military, which are also coinciding with the development of home testing kits, are an attempt to remedy that and ensure the full testing capacity is used. Currently only around half the 50,000 available tests on any given day are being carried out.

Since Friday, millions of key workers and people they live with have been able to book appointments online to be tested. Those too ill to travel should also be able to order home kits – although numbers are limited.

On Sunday morning home kits were no longer available within 15 minutes of the site reopening at 08:00 BST.

On previous days, slots to attend test centres
have been booked up within hours
and the site has had to temporarily close because of high demand.

The tests offered are swab tests that determine whether people currently have the virus – rather than whether they have had it in the past.

Boris Johnson is set to take charge of the government’s response to the outbreak when he returns to No 10 on Monday.

Mr Johnson has been recuperating from the virus at his country retreat, Chequers.

He prepared for his return with a three-hour summit meeting on Friday with Mr Raab and Chancellor Rishi Sunak.

Labour leader Sir Keir Starmer has called on the PM to set out an “exit strategy” for lifting the lockdown.

In a letter to Mr Johnson, Sir Keir said the UK was in danger of falling behind other countries again – including the devolved administrations in Scotland and Wales – which were already engaged in “adult” conversations with their citizens as to how the restrictions could be eased.

“Simply acting as if this discussion is not happening is not credible, especially when other governments and our own devolved administrations have been able to communicate so much more,” he wrote.

At the daily No 10 briefing on Saturday, Home Secretary Priti Patel said the government was working towards returning the UK to normal, but said it was still too soon to begin easing up.

“We know that people are frustrated but we are not out of danger yet,” she said.

Meanwhile, the British Medical Association (BMA) has accused ministers of dragging their feet over calls for families of healthcare workers who lose their lives fighting coronavirus to be financially supported.

The doctors’ trade union said it had written twice to the chancellor raising the issue, but had yet to receive a response.

The government said it was currently considering the financial support for the families of those on the front line.

More than 100 healthcare workers have died with the virus so far, according to BBC analysis.

The BMA has also called for all key workers to be provided with face masks to combat the spread of the virus.

He added: “The government must pursue all avenues of reducing the spread of infection. This includes asking the public to wear face coverings to cover mouths and noses when people leave home for essential reasons.”

How have you been affected by coronavirus? Share your experiences by emailing
haveyoursay@bbc.co.uk
.

Don't Miss it Coronavirus in Latin America: How bad could it get? – BBC News
Up Next Coronavirus Pandemic LIVE Updates: PM Modi to Interact With CMs Tomorrow on Lockdown Exit Plan, Rahul Gandhi Says Ramp up Testing 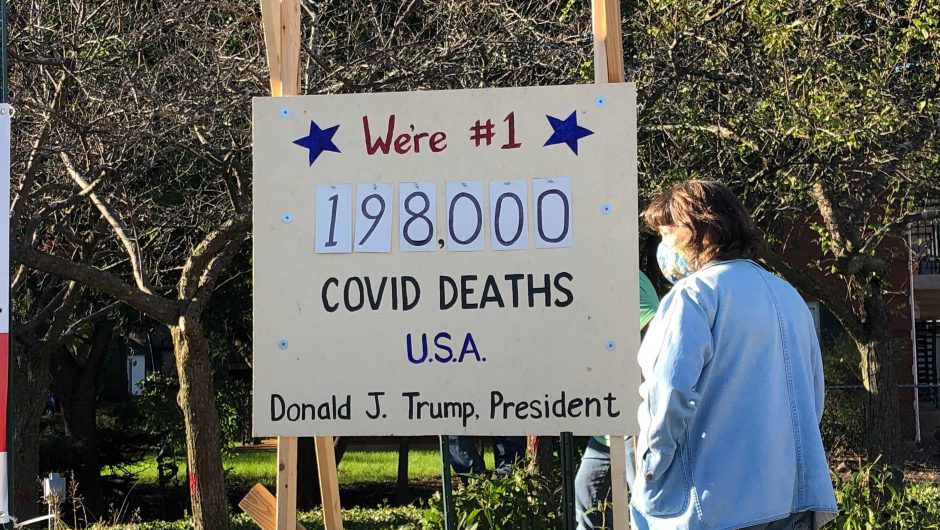 A public display highlighting the coronavirus death toll is causing a stir in a small town in Illinois. What has been… 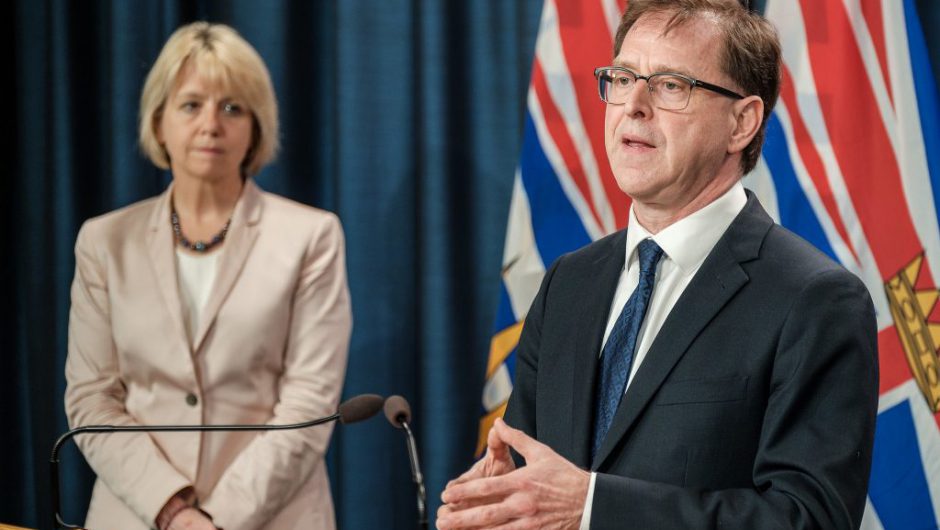 Delhi’s north-west and south-west districts together accounted for almost one in three active cases of Covid-19 in the Capital, which…

A preliminary study, posted online this week by researchers at the Australian National University and elsewhere, estimates 71,000 Australians had COVID-19…