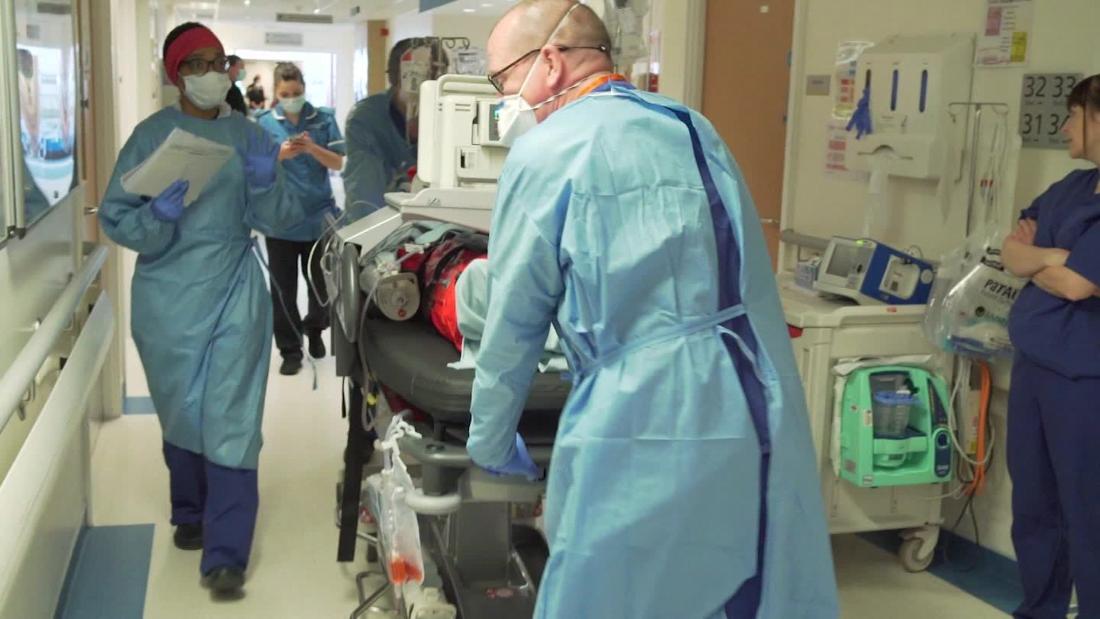 So installed in the ceilings of some of the offices are germ-killing ultraviolet-C lamps. High above where people circulate, the lamps emit ultraviolet light that, given some time, can kill bacteria and fungi and break apart viruses.

It’s become fairly standard technology in hospitals, clinics and other places where germs could be in the air. They only work if the air is circulating enough to carry the germs up to the level of the lamps, and then bring this disinfected air back down to where people are breathing.

And they must stay up high because to kill germs, the lamps must emit so much UV light that it would be irritating to people, especially their eyes.

Milton said he was dumbfounded when he heard President Trump asking about using such light to somehow decontaminate people. “Supposing we hit the body with a tremendous, whether it’s ultraviolet or just very powerful, light,” Trump said at Thursday’s White House briefing.

UV light can damage the body

The virus lives inside the body where light cannot reach, and mostly spreads in small droplets that spray out when infected people cough, sneeze or talk. “Irradiating the outside of them with a UV light isn’t going to do anything for the virus inside them in spite of what Donald Trump says about putting a UV inside somebody,” said Milton, a professor of environmental health. “It’s not going to work.”

Ultraviolet light is part of the electromagnetic spectrum emitted by the sun. UVC rays are absorbed by the atmospheric ozone, but rays of UVA and UVB do reach the Earth’s surface. Both UVA and UVB are of important to human health.

Small amounts of UV are essential for the production of vitamin D in people, yet overexposure may result in acute and chronic health effects on the skin, eyes and immune system.

Two factors are required for ultraviolet light to destroy a virus: intensity and time. But if the light is intense enough to break apart a virus in a short time, it’s going to be dangerous to people, Milton said. UVA and UVB light damages the skin. UVC light is safer for skin, but it will damage tender tissue such as the eyes.

That has not stopped an industry from popping up and offering to sell people ultraviolet decontamination lights for offices and even homes. Stores offer ultraviolet wands for sale for personal use, promising they’ll kill germs immediately.

“Ultraviolet disinfecting ‘wands’ or other ultraviolet products for residential use — as they are inadequately proven and unregulated — may pose a safety hazard and are unlikely to provide the protection expected,” the group said in a statement sent to CNN.

The group says that lamps installed in ceilings at least 7 feet high can safely decontaminate air, but also warns that the light can irritate people’s eyes. “Germicidal UV is also being applied for disinfection of some personal protective equipment (PPE) for limited reuse during the pandemic,” the group added.

Some marketing implies that having UV lights installed can kill a virus after it leaves an infected person’s body and before it can get to someone else, but the lights don’t work that fast and infected people would still spread virus, Milton pointed out.

“You can sterilize the outside of them, but is they’re shedding virus and they are breathing and talking while they’re at work,” he said. “They’re going to bring it in right past that UV curtain that they walk through on their way into the office.”

At the White House briefing, Trump also wondered about the possibility of using disinfectants inside people to kill virus. His comments puzzled and outraged doctors and several industry and medical groups, which immediately issued warnings that people should not, under any circumstances, ingest bleach or other disinfectants.

And the World Health Organization has cautioned specifically against trying to use ultraviolet light to kill the virus.

“UV lamps should not be used to sterilize hands or other areas of skin as UV radiation can cause skin irritation,” WHO says.

“You can catch COVID-19, no matter how sunny or hot the weather is. Countries with hot weather have reported cases of COVID-19,” WHO added.