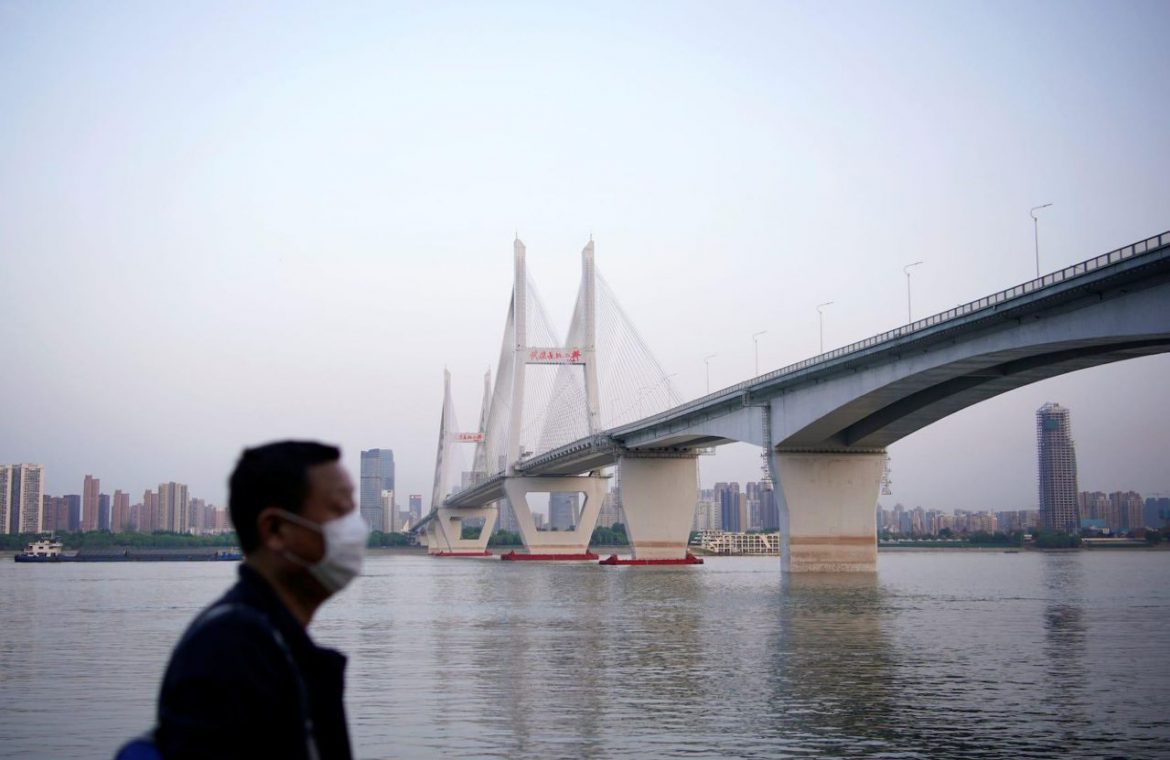 A man wearing a face mask is seen near a bridge over the Yangtze River in Wuhan, China after the lockdown were lifted on April 15, 2020.

Wuhan hospitals have “zero” coronavirus patients as of Sunday, according to Chinese officials.

As the origin site of the coronavirus, Wuhan represents around 84% of China’s COVID-19 deaths.

The city lifted its lockdown on April 8, but restrictions remain as public-health experts fear a second wave of infections.

Wuhan hospitals have no more coronavirus patients, Chinese officials reported on Sunday, nearly four months after the city was identified as the origin site of the virus.

Since December, Wuhan has recorded around 46,000 coronavirus cases — more than half of all cases confirmed in China. Some public-health experts have suggested that the actual case totals in China could be at least 10 times higher than the current figures.

“The latest news is that by April 26, the number of new coronavirus patients in Wuhan was at zero, thanks to the joint efforts of Wuhan and medical staff from around the country,” a spokesperson for China’s National Health Commission spokesman, Mi Feng, said at a briefing on Sunday.

Official tallies indicate that around 84% of coronavirus deaths in China — nearly 4,000 — occurred in Wuhan. As of Saturday, Chinese officials said the city had only 12 coronavirus cases and no new infections.

Wuhan was placed under lockdown on January 23 by halting transportation in and out of the city. On February 14, the city began closing off individual neighborhoods, establishing a single entrance and exit patrolled by security guards. Residents were told not to go outside unless they required medical care.

By the time lockdown restrictions were lifted on April 8, Wuhan had reported only three new infections in the last 21 days.

But there are still some limitations to normal life.

Security personnel wear face masks walk in front of a field hospital in Wuhan on April 9, 2020.

Schools remain closed and local officials are asking people to stay home as much as possible. Healthy Chinese citizens must install a “digital pass” on their smartphone that permits them to board public transit or visit hotels and restaurants. The pass doubles as a record of where a person has traveled.

“We are still fenced in our community,” Kristina Shramko, a 21-year-old Canadian citizen who lives in Wuhan, told Business Insider on April 8. “There are security staff everywhere you go — every mall entrance and exit, every community, building, or subway station.”

Many health experts are fearful of a second wave of cases in China as residents trickle back into subways, offices, and stores. A recent study from the University of Hong Kong found that lifted travel restrictions in China could result in more infections being imported from Italy or the US.

But the number of new daily cases has stayed consistently low in the last week. On Saturday, China reported less than a dozen new coronavirus cases and zero deaths.