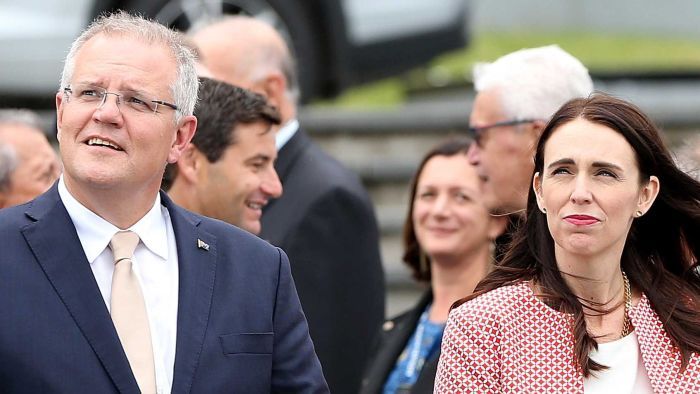 Australia and New Zealand are renowned for their friendly rivalry but when it comes to deciding which has done better on containing COVID-19, the answer seems to be there is not much difference.

From tomorrow, New Zealand will ease its hard lockdown that has confined most of the population indoors to a household “bubble” with limited contact with the outside world.

But did New Zealand really need to go so hard?

Both Australia and New Zealand sacrificed parts of their economy for the sake of the health of their nations but took different paths.

New Zealand opted for a strategy to eliminate coronavirus altogether, ordering the widespread closure of schools, shops, cafes and restaurants. Initially, it was to last for at least four weeks.

Australia decided on a longer game over six months, with its suppression strategy becoming more apparent over time. Australians were permitted more freedoms than New Zealanders and were still able to make a socially distanced trip to Bunnings or catch up with a mate for takeaway coffee and exercise in the park.

Some experts like Peter Collignon, who advises the Federal Government on infection control, doubt New Zealand’s elimination strategy is achievable.

“A complete lockdown like New Zealand hasn’t been more effective than what Australia has done so far,” he told 7.30.

“I think it’s very unlikely we’ll get rid of this virus without a safe and effective vaccine.”

If the measure of success for New Zealand was the elimination of COVID-19 in four weeks, it has not happened.

But New Zealand has achieved an enviable downward curve, just like Australia, with a low number of confirmed cases and deaths when compared to the ravages overseas.

Recent data from the worst-affected country, the United States, shows some regions there with more than 915 cases per 100,000, according to the US Centers for Disease Control (CDC).

Both announced their restrictions in the same week of March 23.

But while Australia’s initial response was characterised by late-night media conferences and differing messages from the states and territories, New Zealand clearly defined its strategy with a graded alert system a few days earlier.

The concept was similar to Australia’s bushfire warning system with four different levels, from Level 4 Lockdown to Level 1 Prepare.

“The New Zealand Government very much said, ‘Right, we’re going to Stage 4, this is what it looks like,'” he said.

“Australia’s not been quite so clear cut and has been a little bit more, ‘Let’s get into a position, hold and reassess.'”

For New Zealander Anita Affleck, who lives in the city of New Plymouth on the North Island, the clear instructions gave her family peace of mind.

“It’s really easy to understand and there’s not much decision-making required,” she said.

While there are continuing reports of some Australians flouting the rules here, Professor Collignon said overall the public had complied.

“Nobody is really revolting up in the streets about closing all our pubs and clubs and churches,” Professor Collignon said. “They get it”.

What the experts are saying about coronavirus:
The Ruby Princess factor

One significant blight on Australia’s otherwise exemplary result has been cruise ships.

Despite the announcement of a national ban in mid-March, cruise ships continued to arrive in Australia, leading to an increase in the number of confirmed cases.

The disastrous effect of the Ruby Princess, which docked in both Australia and New Zealand, is plain to see in the figures: more than 600 cases in Australia, and 22 cases in New Zealand, have been linked to the cruise ship.

“If we didn’t have the cruise ships,” Professor Collignon said, “our curve would have looked a lot better, a lot sooner.”

A life beyond the great indoors appears to be on the horizon for both countries.

After five weeks in lockdown, New Zealand will be easing from Level 4 restrictions to Level 3, which appear similar to Australia’s current restrictions.

Auckland barista Jenny Pieroth was one of the thousands of New Zealand hospitality workers who were stood down and provided a wage subsidy.

She is excited to be heading back to work this week as cafes and restaurants reopen with takeaway, social distancing and contactless payments.

“Half of coffee-making is the face time [with customers],” she said. “I’ve missed that interaction.”

Australia has already begun mapping a careful exit strategy but Mr Morrison has warned the current limits may not ease until early May amid fears social distancing fatigue is setting in.

Neither government has forecast when our COVID-19 way of life will end, nor have they been prepared to declare “mission accomplished” just yet.