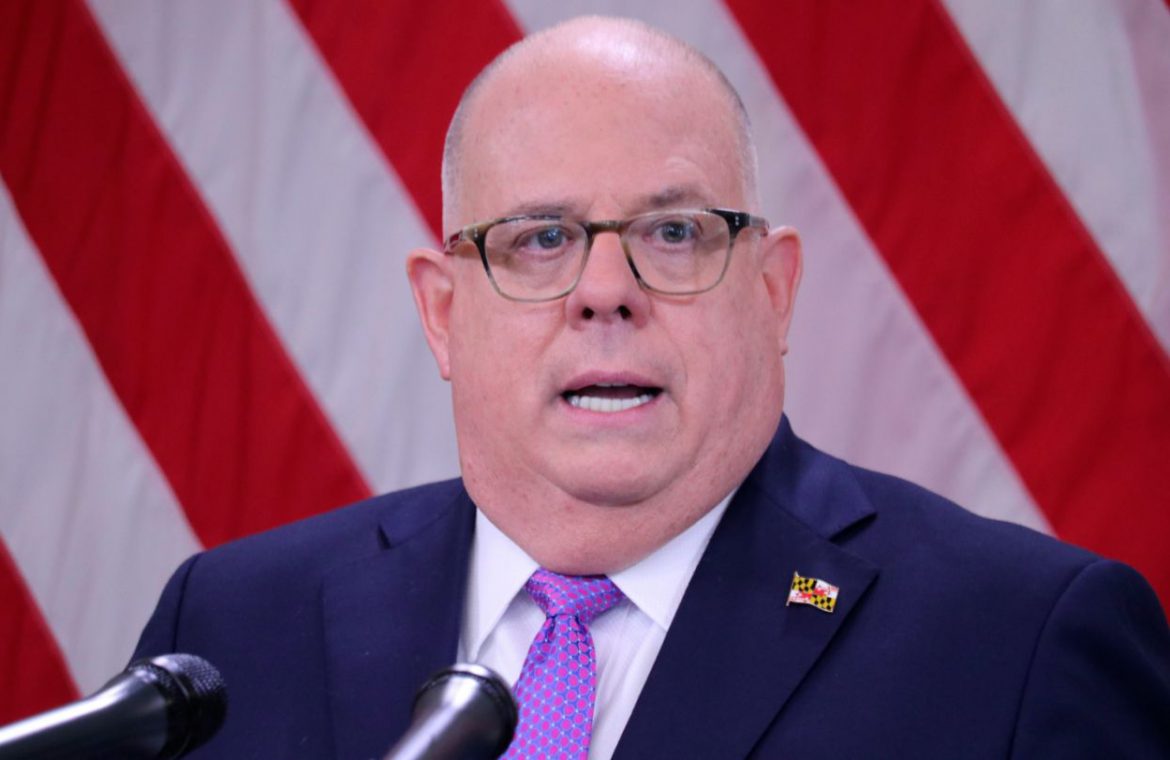 Maryland Gov. Larry Hogan said Sunday he “can’t really explain” President Donald Trump’s public speculation last week about studying disinfectant in the search for a COVID-19 treatment, but he advised the president to make sure his news conferences on the coronavirus are “fact-based.”

Hogan, a Republican and chairman of the National Governors Association, said on ABC News’ “This Week” that from the beginning of the outbreak, it’s been important that officials communicate “very clearly on the facts because people listen to these press conferences.”

“They listen when the governor holds a press conference, and they certainly pay attention when the president of the United States is standing there giving a press conference about something as serious as this worldwide pandemic,” Hogan said. “And I think when misinformation comes out or you just say something that pops in your head, it does send a wrong message.”

Thursday, Trump invited Bill Bryan, undersecretary of science and technology at the Department of Homeland Security, to brief White House reporters about a study that found the coronavirus did not survive long when exposed to sunlight or disinfectants. After the presentation, Trump pondered the possibility of introducing disinfectants or ultraviolet light into the human body to kill the virus.

Hogan said that after Trump’s remarks, Maryland saw “hundreds of calls come into our emergency hotline at our health department asking if it was right to ingest Clorox or alcohol cleaning products – whether that was going to help them fight the virus. So we had to put out that warning to make sure that people were not doing something like that, which would kill people actually to do it.”

Hogan advised Trump to “stick to a message and make sure that these press conferences are fact-based.”

From malaria drugs to disinfectant: Here are some of Trump’s claims about the coronavirus

Friday, Trump said “of course” people should not ingest cleaning products. He said his remarks had been a “very sarcastic” question to a reporter.

At the briefing, Birx said ultraviolet light and disinfectants were not treatments for the coronavirus – though a White House transcript had to be corrected because it stated that she’d said sunlight was a treatment option.  Sunday, she told CNN, “When he turned to me, I made it clear, and he understood that this was not a treatment.”

She said Trump “was having a dialogue between the DHS scientist and himself.”

Birx said it was “unfortunate” that the DHS study “got lost in there” amid the fixation on Trump’s remarks because it was “critically important for the American people” to know that sunlight can affect the virus. She said that could mean a reduced chance of transmission when people talk to each other and could determine how environments can be decontaminated.

When asked whether it bothered her having to address potential dangers posed by the president’s comments, Birx said, “Well, I think it bothers me that this is still in the news cycle.

“I think I have made it clear that this was a musing,” Birx said. “But I want us to move on to be able to get information to the American people that can help them protect each other.”

Friday, the Food and Drug Administration issued a statement saying, “Hydroxychloroquine and chloroquine have not been shown to be safe and effective for treating or preventing COVID-19.” It cautioned against their use “outside of the hospital setting or a clinical trial due to risk of heart rhythm problems.”

The president lashed out at the coverage of the task force briefings in a tweet Saturday.

“What is the purpose of having White House News Conferences when the Lamestream Media asks nothing but hostile questions, & then refuses to report the truth or facts accurately,” he wrote. “They get record ratings, & the American people get nothing but Fake News. Not worth the time & effort!”

Hogan: Republican governor of Maryland says he has ‘no idea why’ Trump blasted him at briefing

What is the purpose of having White House News Conferences when the Lamestream Media asks nothing but hostile questions, & then refuses to report the truth or facts accurately. They get record ratings, & the American people get nothing but Fake News. Not worth the time & effort!

When asked on CBS News’ “Face the Nation” if he thought Trump should stop holding the briefings because of the threat posed by misinformation, Hogan said, “Having briefings to inform the public of what’s going on is important.

Hogan said he hoped news conferences would be like the one held Friday, when Trump allowed public health experts to do much of the talking and he did not take questions from reporters.

“Perhaps that’s indicating a different strategy,” Hogan said. “And I think maybe some of his advisers are suggesting that maybe a different communication policy might be more helpful.”

Birx hoped the briefings would continue.

“I think that communication to communities is essential, because a knowledgeable community is a protected community,” she told Fox News’ “Sunday Morning Futures” anchor Maria Bartiromo. “And I think we understand that those messages of science and policy need to continue to be brought forward to the American people in a nonpolitical way.”