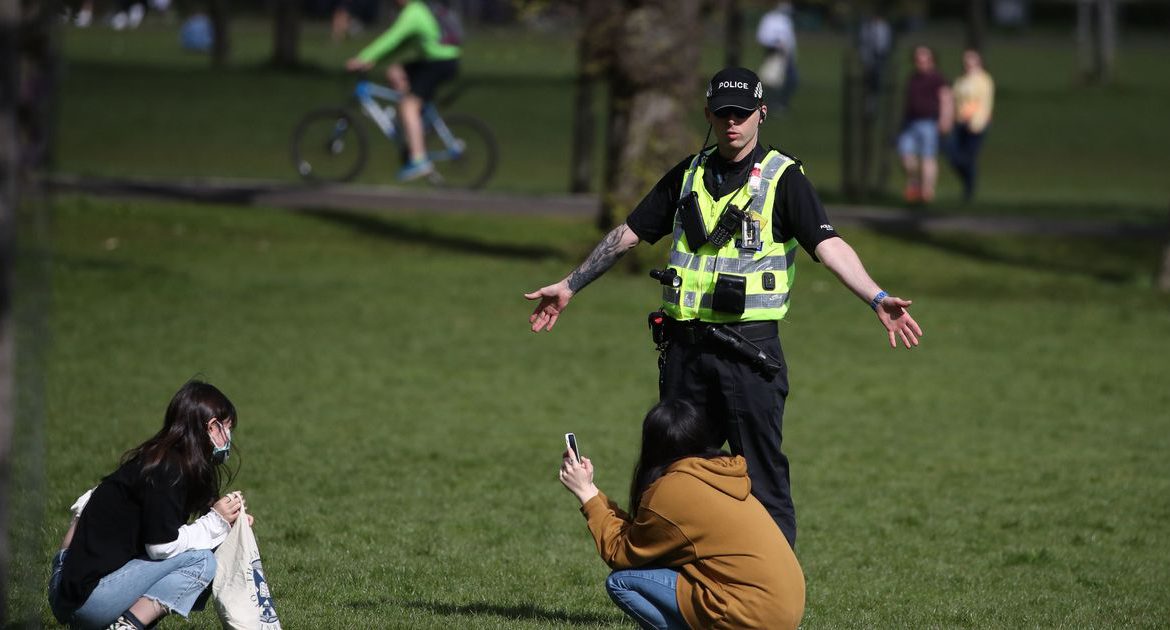 After more than a month of being cooped up, lockdown-weary Brits have been given a ­glimmer of hope over a return to something resembling normal life.

Boris Johnson, on his first day back at work after his own battle with ­Covid-19, announced he will this week unveil the first steps to easing the restrictions aimed at beating the virus.

The Mirror understands one option on the table is allowing people to expand their “social bubbles” so they could see some friends and family.

But the PM warned the UK was still at “maximum risk” from the disease and now was not the right time to end the lockdown totally – which could lead to a dangerous second peak and ­thousands more fatalities.

Boris Johnson on his first day back at work after his own battle with Covid-19
(Image: Philip Coburn)

Downing Street also warned that in some areas there could be a toughening of the restrictions – including a 14-day quarantine on new arrivals at British ports and airports.

It came as Rishi Sunak revealed the lockdown is having dire consequences for businesses, with a quarter of all firms having stopped trading.

As the death rate on Monday rose by 360 to 21,092, Mr Johnson ­promised to give more details “in the coming days” about how to ease the ­restrictions.

One possibility is two ­separate households, or couples who don’t live together, may be able to spend time together.

But grandparents who live in a different town from grandchildren would still have to wait until ­restrictions are eased further to be able to see them.

Ministers are expected to discuss plans to keep ­non-essential ­businesses free from coronavirus so they can reopen in the weeks ahead.

Mr Johnson acknowledged there were signs the UK was “passing through the peak” of the outbreak and coming to the end of the first phase.

Monday was the first time the daily hospital death toll has been below 400 since last month.

Empty roads on the M62 in the north west of England
(Image: Liverpool Echo)

But the PM said: “Difficult ­judgments will be made and we cannot spell out now how fast or slow or even when those changes will be made.”

Downing Street said any changes to the lockdown would involve “refining” it rather than lifting it completely.

A spokesman said: “There could be easing in some areas. There could also be a toughening in other areas.”

Ministers plan to recommend wearing face masks on public ­transport, at the shops and in some workplaces. Some football matches and other sports fixtures could resume but would be played behind closed doors and televised.

The Treasury is also looking at how small non-essential business such as garden centres could resume trading.

Opening of schools is not expected to be addressed publicly before the next review on May 7, although there is some optimism among officials they could reopen in June.

The business loan announced by Mr Sunak will range from a minimum of £2,000 to £50,000 and firms must have been up and running before the start of March to be eligible.

Former minister Theresa Villiers urged him “to publish a road map to release from the lockdown so that businesses can start to prepare for a phased modification and a safe exit from the emergency measures”.

But the FTSE 100 index had a £550billion rise, despite our own ­lockdown not yet being lifted.

The Government is ramping up its “test and trace” strategy, with Matt Hancock claiming the UK was “on track” to deliver on his promise of 100,000 a day by the end of the week. But they hit just 29,058 tests yesterday.

The Health Secretary also warned too many people who needed health care were not going to hospital for conditions other than coronavirus.

But Mr Hancock said: “Our message is that he NHS is open. Help us to
help you.”