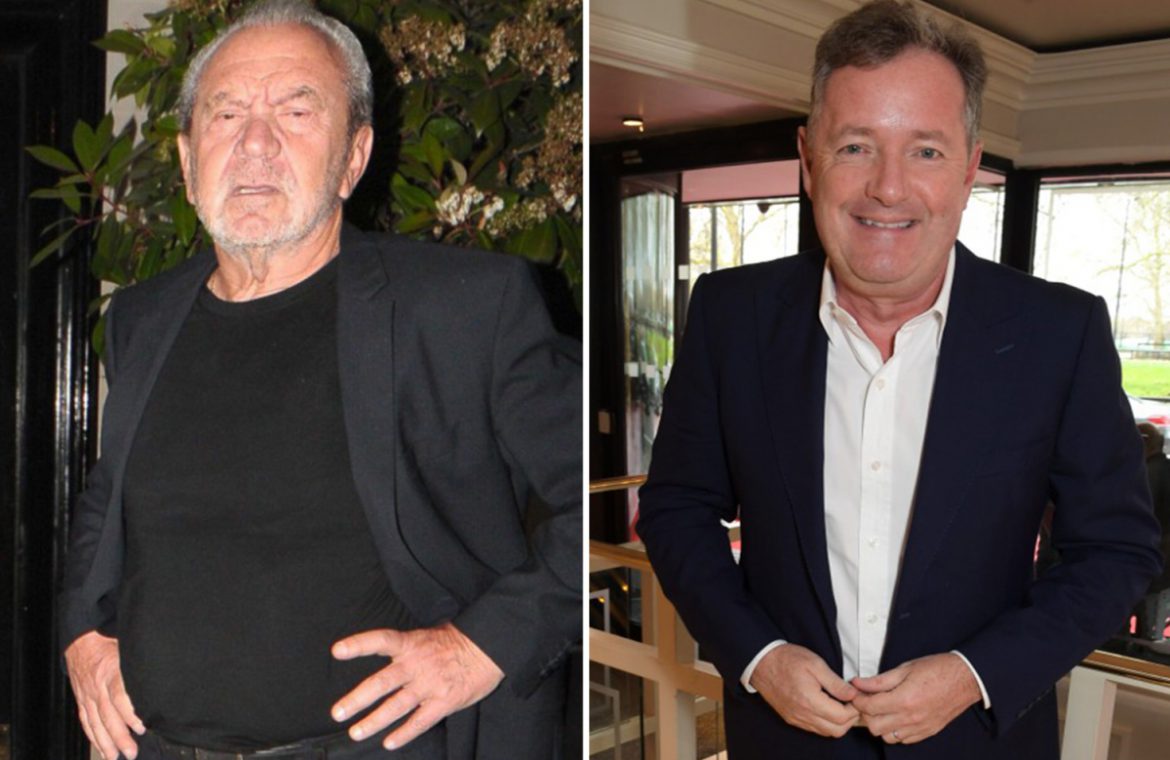 SIR ALAN Sugar has blasted Piers Morgan over claims he’s a “selfish, privileged billionaire,” and said his former friend was trying to become a martyr of the Covid-19 crisis.

The entrepreneur spoke out during an exclusive interview with The Sun’s Executive Editor Dan Wootton during his talkRADIO drivetime show today.

Sir Alan Sugar has blasted Piers Morgan as their row over the government’s response to the Covid-19 crisis intensifiedCredit: Alamy

Lord Sugar, 73, used to count Piers, 55, as a close friend but since the start of the pandemic, the pair have taken very different views on the government’s handling of the crisis.

And it is this that has now driven a wedge between them – leading to Piers unfollowing and blocking Lord Sugar on Twitter.

Lord Sugar said: “What’s going on is that I am tired of the tactics he is using to just big himself up, to give himself a name, to become a martyr.

“To become the new Florence Nightingale of Britain. It is so transparent it is untrue.

“And he keeps hacking away at the government.

“I wouldn’t mind but no one takes a blind but of notice of him other than gullible members of the public who go along and say, ‘Yeah, you’re right Piers.’”

In his blistering response, Alan accused Piers of using his criticism of the government for personal gain rather than increased scrutiny of their actions.

“He is insincere because basically if you used your common sense and were sympathetic towards what is going on you would not keep bashing the government all of the time.

“Let’s put it this way, the government is not, not just buying stuff – it cannot get it, it is simple as that.

“The government is not, not testing people, it’s because they can’t ramp up the testing places and locations.

“This is an unprecedented matter that a sensible person would sympathise with.

Lord Sugar and Piers, who were once close friends, have taken different views on the government’s handling of the Covid-19 crisisCredit: Alamy

“I don’t think the government has done anything bad to be honest. They have done the best that they can.”

When asked to respond directly to Piers’ taunt Alan hiding away in his multi-million pound home in Florida, the London born businessman had some sobering words for his newfound foe.

Alan said: “First of all, we are not safe. It is complete lockdown. People are dying here at the same rate, if not more than in the UK, we are under strict regulations.

“He posts a picture of me sitting with my feet up in luxury in Florida, it’s a total load of rubbish.

“We are stuck in our home. We are over seventy both my wife and I.

“We have people delivering our food. We are lucky like that. But until Palm Beach County ease up the restrictions we will be stuck, as we have been for four or five weeks now.”

Don't Miss it Supplies arrive in Vanuatu amid growing concern over COVID-19 | ABC News
Up Next Fighting the invisible enemy: What these images reveal about the coronavirus