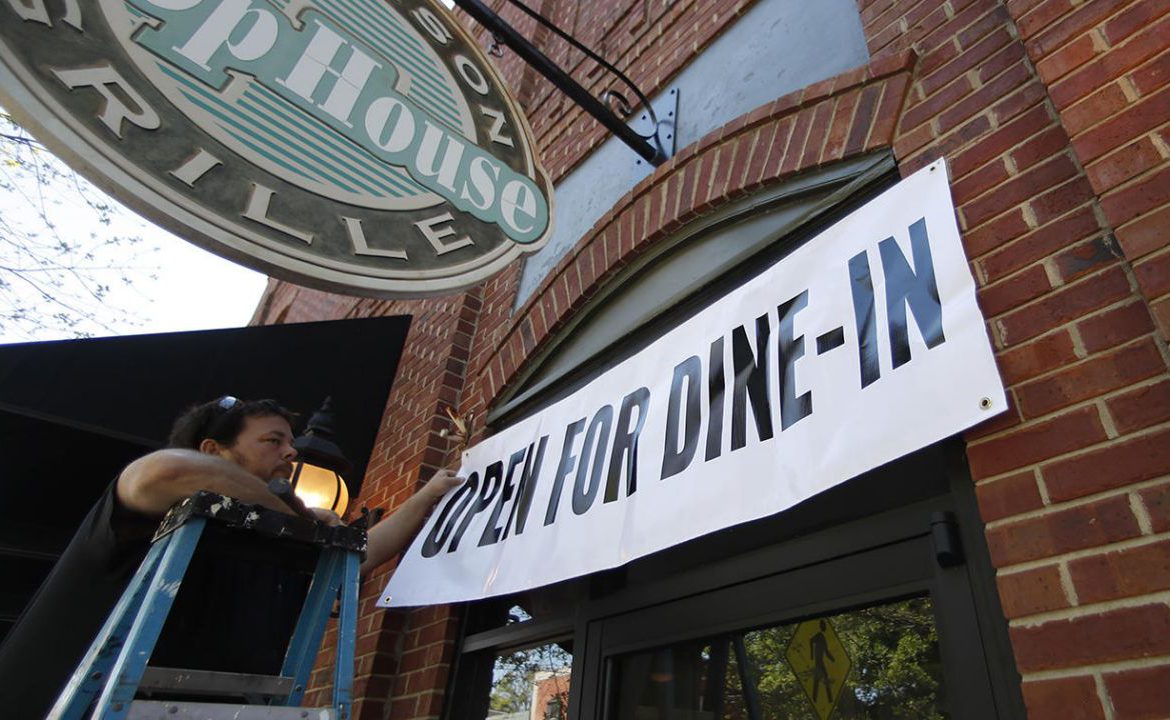 According to Gov. Andrew Cuomo, New York state isn’t ready to start reopening just yet. “I know … people are feeling emotional, but emotions can’t drive a reopening process,” Cuomo said Tuesday. “We have to separate the emotion from the logic.”

Yet that same logic also suggests that most — if not all — of the 15 states now moving to reopen before New York may be even less ready than the Empire State.

This is not to say New York should be reopening sooner. With more than 295,000 total cases and nearly 23,000 deaths, New York is the state hardest hit by the coronavirus pandemic and one of the most affected regions in the world. Sky-high prevalence demands a proportional level of caution; hospitals could be overwhelmed quickly if the virus spikes again.

Similar reasoning — only in reverse — also seems to be driving the states rushing to reopen. We haven’t had nearly as many cases as New York, states such as Georgia, Texas and Florida seem to be saying. We have to reopen at some point? So why not now?

The urge is understandable. Lockdown can’t continue forever, and the economy matters too. Low case counts make it look like the worst is over.

But reopening now could still prove to be premature.

Why? Because for the most part, residents of states moving to reopen are still dying of the coronavirus at a faster pace than New Yorkers. Testing is also much less widespread in the reopened states than in New York.

Together, these two trends suggest that readiness is not the only — or even the major — reason these states are relaxing stay-at-home orders and partially returning to work.

Consider the death rate. On Tuesday, New York recorded its lowest daily death total in nearly a month: 335, which is less than half the peak number from early April. According to the New York Times COVID-19 database, total coronavirus deaths in New York are now doubling every four weeks. In March, they were doubling every two days.

Deaths are a more useful metric for comparing the path of the pandemic in different locales than case counts, which are highly dependent on how much testing is being done. And while raw numbers can show the scale of an outbreak, rates provide a sense of speed and direction.

So let’s compare. When it comes to coronavirus deaths, only two of the 15 states that have partially reopened or are planning to let their stay-at-home orders expire at the end of month have a slower rate of doubling than New York.

Jason Godbey hangs a banner over the entrance of Madison ChopHouse Grille on April 27, as the restaurant in Madison, Ga., prepares to shift from takeout-only to dine-in service. (John Bazemore/AP)

Testing is also part of the equation. Having a faster death rate than New York doesn’t doom these states to catastrophe upon reopening. But the coronavirus won’t contain itself, especially post-lockdown. The more people you can test — for both current infections and the antibodies created by prior infections — the more accurately you can determine who’s safe from the virus and who’s infecting others. And the more you do that, the more you can intervene, isolate and suppress its spread.

Yet testing capacity in the reopening states also trails New York’s. According to the COVID Tracking Project, New York had conducted 844,994 tests as of Wednesday morning. Given the state’s population (19.45 million), that’s a per capita testing rate of 4.3 percent.

The only two states to clear the 2 percent mark are Tennessee (2.3 percent) and Mississippi (2.2 percent). In other words, even the best of the reopening states are testing at only about half the rate of New York.

That makes some sense. The fewer cases you’re seeing, the fewer tests you’re likely to run. But containing future outbreaks requires widespread surveillance testing, which requires broad testing capacity, and it’s not clear that any of these states are as prepared for that as New York.

Again, none of this data spells certain disaster. It’s possible that people will continue to distance on their own, that warmer weather will slow the pathogen down and that epidemiologists’ worst fears won’t be realized.

If not properly surveilled and contained, such counties could spark post-lockdown spikes. A new model prepared by epidemiologists and computer scientists at Harvard and the Massachusetts Institute of Technology in partnership with the Daily Beast provides an estimate of what that might look like in Georgia, where fitness centers, tattoo and massage parlors, bowling alleys and hair salons were allowed to reopen last Friday and restaurants and other businesses began operating on Monday. As of the end of last week, at least 871 people statewide had lost their lives to COVID-19. According to the model, Georgia would have logged a total of between 1,004 and 2,922 coronavirus fatalities by June 15 if it had maintained its pre-Friday lockdown policy. But that range shoots up to 1,604 to 4,236 deaths if approved businesses return to just 50 percent of their pre-pandemic activity (or “contact”) levels — and 4,279 to 9,748 deaths at 100 percent of pre-shutdown activity.

“What we find, no matter what we assume, is that reopening on Monday was just too early,” said Jackson Killian, PhD student at Harvard’s John A. Paulson School of Engineering and Applied Sciences, who worked on the models. “If you let people go out and have contact again now, you end up causing deaths that could have been avoided.”

As reopening proceeds across America, the question won’t just be how much of that risk states are willing to shoulder in exchange for the resumption of economic activity. It will also be how ready they are to respond when that risk starts to become real.