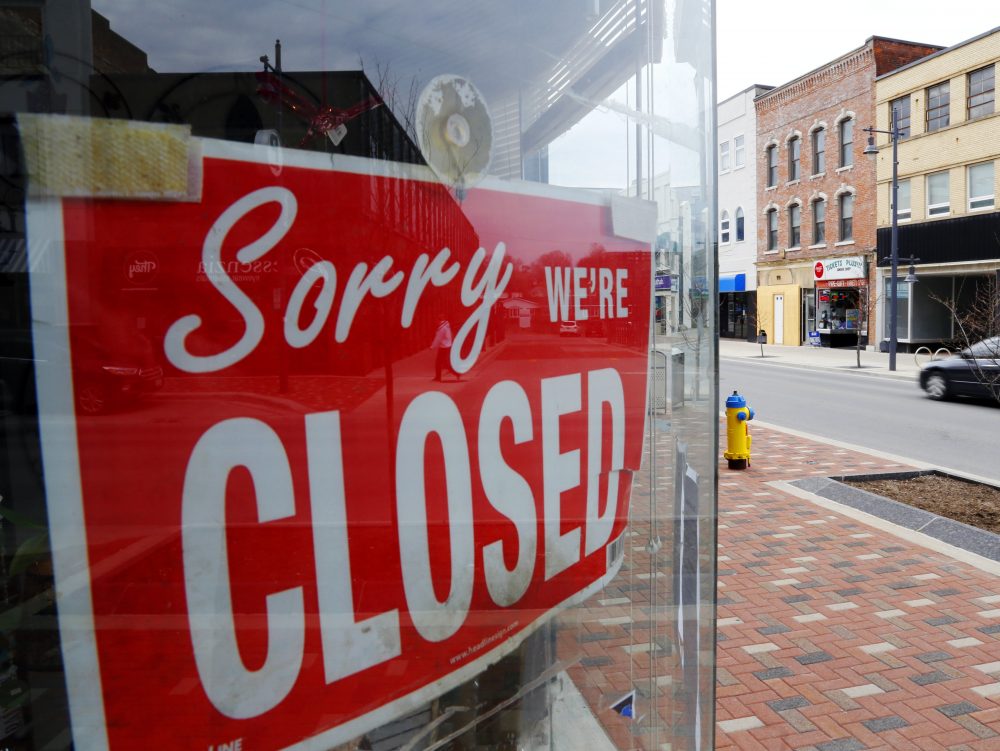 As Canada tries to contain the novel coronavirus, some provinces are preparing plans to reopen their economies. COVID-19 has gripped the country, forcing more than a million people out of their jobs in March and into the hands of government subsidies.

Each province’s economic relaunch plan varies. See how yours may or may not reopen.

On Monday, provincial officials released guidelines to lift Ontario’s lockdown measures, though a concrete date has not been set.

Ontario’s gradual framework will unwind in three stages and progress is based on whether criteria in the preceding stage are met.

Hospitals will allow some non-urgent and scheduled surgeries, and other health care services.

In the third and final stage, Ontario will consider opening all workplaces responsibly and relaxing restrictions on public gatherings.

Implementing the framework and progressing to the next stage will be based on a range of criteria, including a consistent two-to-four-week decrease in the number of new daily COVID-19 cases; that the province has appropriate acute and critical care capacity, including enough ventilators and PPE; that local public health officials must reach 90 per cent of all new coronavirus patients within one day; and that testing capacity continues to grow.

Measures to protect vulnerable populations and, through each stage, public health guidelines such as hand washing and physical distancing, should be observed.

From Saturday to Monday, Ontario had reported declining new cases daily until Tuesday, when a spike put a stop to the streak.

Last Thursday, provincial officials extended the emergency order to May 6. Schools will remained closed until at least May 31, Education Minister Stephen Lecce said.

Stores outside of Montreal will also be able to open starting May 4, while those in the greater Montreal area will open May 11. Shopping malls will remain closed unless the stores inside have an outside entrance. Manufacturers will resume operations beginning May 11 with initial limits on the number of employees. The construction industry will completely reopen starting May 11.

A formal plan has not been released, but Quebec officials have been looking to public health for guidance. Throughout its reopening plan, physical distancing will be maintained.

Phase one begins on May 4, where the province would permit “low-risk” outdoor recreational activities, including fishing, boat launches, golfing and camping. People can also start accessing some medical services, such as going to the dentist, eye doctor or physical therapist. Physical distancing will be observed throughout phase one and gatherings will have a limit of 10 people.

Phase two is set to begin two weeks after, on May 19. Many retail stores will be permitted to open, including clothing stores, flower shops, pawn shops, travel agencies, hairdressers, vaping supply shops, boat dealers, book stores and registered massage therapists. Physical distancing will have to be in place and retail stores will have to follow cleaning guidelines that essential businesses must currently adhere to. Clothing stores, for example, will have to limit how customers touch merchandise, and trying on clothes and returning them will be prohibited.

Phase three has no set date, but it contains plans for opening up a remaining chunk of businesses, including tattoo shops, nail salons, gyms, restaurants and childcare facilities. Most places will have a maximum gathering size of 15 people, except for restaurants and bars that will be able to operate at 50 per cent capacity. Recreation areas, including dance floors and pool tables inside of restaurants and other similar establishments, will have to stay closed. Daycares will only allow 15 kids into their spaces.

Phase four also has no set date, but public gatherings will be allowed to increase to a maximum of 30 people. All recreation and entertainment facilities, including casinos, camping, sports, theatres, bingo halls, playgrounds and galleries will be allowed to open. Physical distancing will still have to be observed.

Premier Blaine Higgs put the first phase of his four-phase reopening plan into action April 24, after seven days straight of no new COVID-19 cases. It allows limited play on golf courses as well as fishing and hunting. Two families are allowed to interact as part of a so-called “two-family bubble.” Post-secondary students can return if it’s deemed safe by the school, and outdoor church services can be held, if people remain in their vehicles and are two metres apart.

The second phase, which could begin within two to four weeks, would see resumption of elective surgeries, and reopening of daycares, offices, restaurants, ATV trails and seasonal campgrounds. The third phase would allow regular church services, dentistry work and reopened fitness centres. The final phase, which would probably come only after a vaccine is available, would include large gatherings.

The first phase of the Renew P.E.I. Together plan kicks off May 1 and will allow people to participate in some recreational activities, including walking, hiking, golfing and fishing. Gatherings of no more than five people from different households will be allowed. As well, residents will be allowed onto their seasonal properties. The province will also permit some non-urgent health services to open, such as optometrists, physiotherapists and chiropractors. Elective surgeries will begin gradually too. Outdoor, residential construction will be allowed to start on projects such as decks, landscaping and pools. Road work and watershed maintenance will also begin. Essential workers will be allowed to access daycare for their kids.

The second phase, set to begin May 22, increases public gathering sizes to 10 people from different households. Retail outlets will be allowed to open, including hairdressers and pet groomers. Businesses have to ensure that customers can maintain proper social distancing and clothing stores cannot permit try-ons. Unlicensed and licensed childcare centres can operate.

The third phase is intended to begin June 12 and increased public gatherings to 15 to 20 people. Organized outdoor activities and sports will be permitted, such as soccer, tennis and day camps. The province may also open swimming pools, recreation centres, gyms, libraries, and art galleries. Additional personal grooming services could open, such as nail salons, tattoo shops and spas. Restaurants could open, but only members of the same household can dine together. No buffet-style service will be permitted and entertainment such as pool tables or dance floors will have to stay closed. Only P.E.I. residents will be allowed to go camping and checkin at bed-and-breakfasts.

Details and timelines of the fourth phase are to be determined. In the province’s plan, the fourth phase describes a “new way of life” that islanders will have to withstand. “Eventually we will be able to spend time with our family in long-term care and others at greatest risk of severe illness, to have large gatherings of friends and family, to enjoy festivals and events, and to connect with those from other provinces and countries,” the report states.

The first phase will begin May 4, where people can now pursue non-emergency surgeries and and medical practices like dentists and eye doctors will be accessible to the public. Retail stores can reopen, as well as hairdressers. Restaurants can reopen, though no dine-in will be allowed, as well as outdoor recreation and campgrounds.

Alberta has no plan yet to reopen the province’s economy. Premier Jason Kenney first declared a state of public emergency on March 17.

Both B.C. Premier John Horgan and public health officer Dr. Bonnie Henry have talked about opening up the economy by mid-May, but they first want to see days where the province does not report any new cases of COVID-19 before reopening.

Premier Dwight Ball said on April 20 it’s not yet time to reopen the province, CBC reported. Lockdown measures remain in place, from when the province first went into lockdown on March 18.

There is currently no plan to lift Nova Scotia’s lockdown, which took effect on March 22.

Though there are no confirmed cases of COVID-19 in the territory, there are no plans to lift the restrictions put in place. Nunavut declared a state of public health emergency on March 18.

The Northwest Territories have no plan in place to lift the state of emergency first declared on March 24.

The Yukon has no plan in place to lift the state of emergency it first declared on March 27.

With files from The Canadian Press.

Don't Miss it Coronavirus: Boris Johnson 'in good spirits' and is stable in hospital – BBC News
Up Next Live Updates: F.D.A. Plans to Announce Emergency Use of Coronavirus Drug