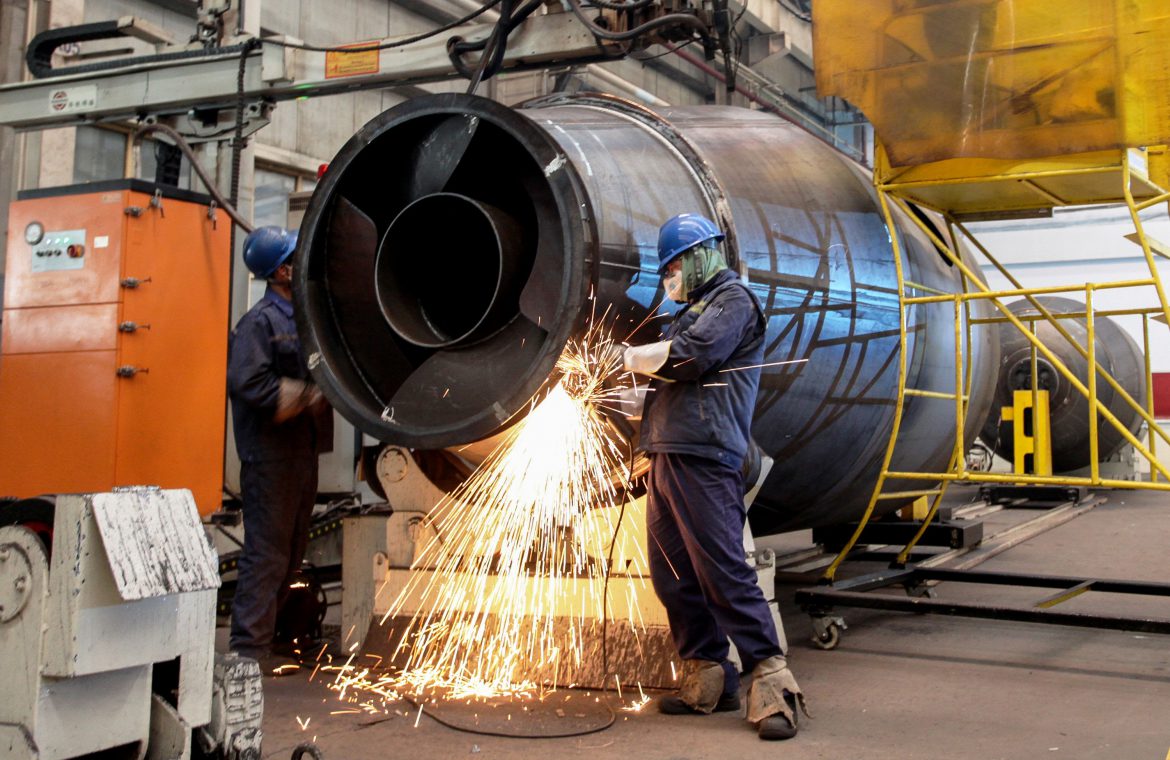 China’s manufacturing sector has been hit by slowing export demand due to the economic impact from the global coronavirus pandemic even as factories in the world’s second-largest economy resumed production, two sets of April data released on Thursday showed.

PMI readings above 50 indicate expansion, while those below that level signal contraction.

The Caixin/Markit survey features a bigger mix of small- and medium-sized firms. In comparison, the official PMI survey typically polls a large proportion of big businesses and state-owned companies.

In February, the official manufacturing PMI hit a record low of 35.7 and the Caixin reading also fell to a record low of 40.3 as China was hit by the coronavirus outbreak that first emerged from the city of Wuhan. Large-scale lockdowns were implemented from late January to slow the spread of the disease officially known as Covid-19, sending the world’s second-largest economy to a standstill.

In the first quarter of 2020, China’s GDP contracted by 6.8% from a year ago — the first decline since at least 1992, when official quarterly GDP records started.

Lockdowns in China have started to lift with people going back to work as the number of daily new Covid-19 cases fall. But demand for Chinese products is now expected to slump after the coronavirus spread to the rest of the world, sparking concerns about a global recession.

China’s National Bureau of Statistics said in its analysis of the PMI readings that the recovery in demand was weaker than the recovery in production, according to a CNBC translation of its Mandarin language release. This was particularly true in sectors like textiles and apparel manufacturing and chemical raw materials production.

The bureau also flagged heightened uncertainties in the export market with some factories reporting canceled orders.

“The spread of the epidemic has accelerated overseas and global economic activity has contracted sharply,” it said, adding that China’s foreign trade is now facing greater challenges.

An analysis of the Caixin/IHS survey reflected similar sentiments.

“China’s economic recovery was hindered by shrinking foreign demand, despite the domestic epidemic being largely contained,” said Zhengsheng Zhong, chief economist at the CEBM Group, a subsidiary of Caixin.

“While manufacturing output expanded at a faster clip, export orders plunged amid sluggish demand,” he added. Meanwhile there was just “limited recovery in domestic consumption.”

Even though the work resumption rate of large firms reached over 98% as of April 25, just 77.3% of them reported operating at 80% or more of their usual capacity.

“So the nationwide utilization rates, especially those for small- and mid-sized firms, as well as those not yet resume to work, are still facing severe headwinds amid sluggish domestic and external demand,” said Bruce Pang, head of macro and strategy research at China Renaissance Securities.

Chinese authorities have rolled out measures to support the economy.

The Chinese government will also need to increase public sector spending in order to boost growth this year, said Michael Pettis, a professor of finance at Peking University.

Even before the Covid-19 outbreak, China had to shore up public spending to meet growth targets that were higher than the real underlying economic growth rate, so there would be more of that expenditure this year due to the fallout from the pandemic, Pettis told CNBC’s “Street Signs.”