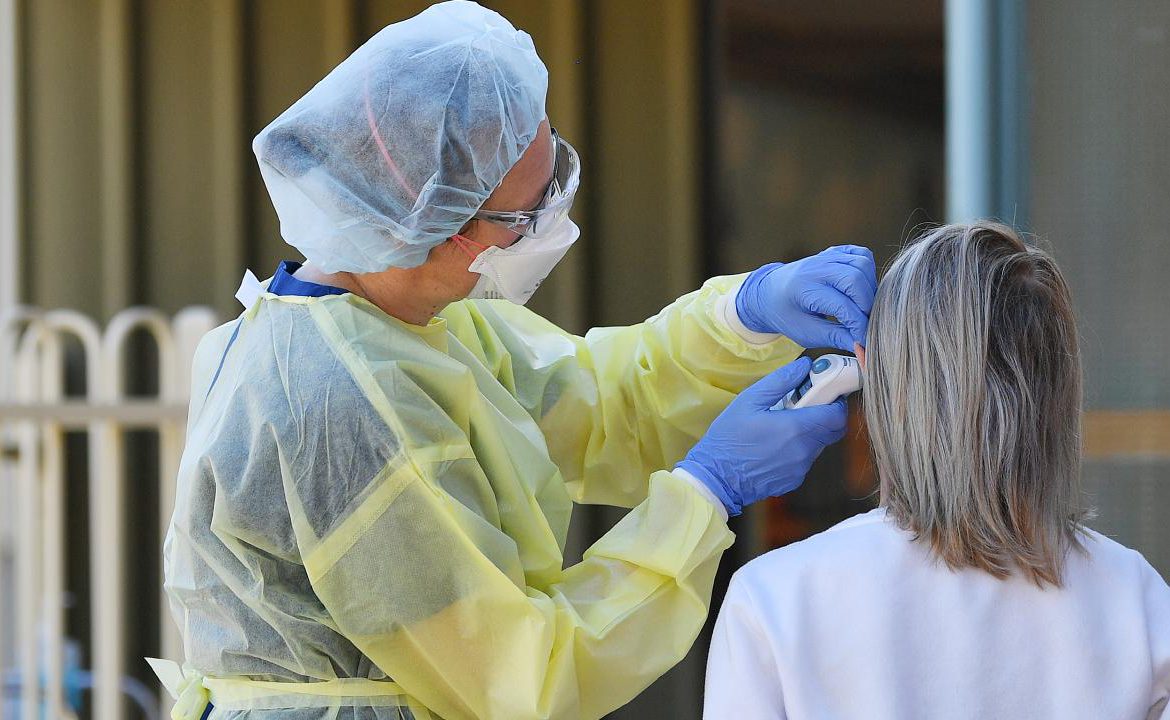 A month without new COVID-19 cases is emerging as the magic number to trigger a widespread lifting of restrictions across SA, health experts and business leaders say.

They urge patience to ensure a second wave of the virus does not swamp the state, which on Wednesday capped its first full week of zero new cases.

The four-week time frame was the measurement used to open the Barossa Valley this week, after 28 days of zero fresh cases. A “road to recovery” report released yesterday by Australia’s leading universities, including Adelaide University, also used the figure as part of an “elimination plan” for the virus aimed at starting the easing of restrictions.

A month is also a recommended time frame from the World Health Organisation, because it represents two cycles of the estimated 14-day incubation period of the coronavirus.

Business leaders, speaking on a condition of anonymity, said they understood restrictions would begin to be eased after about four weeks, on medical advice, should the string of zero new cases continue.

One warned firms would be imperilled if they geared up to re-open only to have social distancing measures reimposed because of another outbreak.

“It’s like taking a course of antibiotics – you start to feel better after a few days but you need to keep on taking the tablets to make sure you get better again,” one said.

The pair also echoed Mr Morrison’s call for more people to sign up for the Federal Government’s COVIDSafe app, which the PM described as Australians’ “ticket” out of coronavirus restrictions.

More than three million people have downloaded the app, but the Prime Minister yesterday urged “millions and millions more” to do the same.

Mr Marshall and Prof Spurrier also called for patience on restrictions despite the promising results. “It is a very nasty disease … we have to stay the course,” Mr Marshall said. Prof Spurrier said yesterday’s result put SA in a strong position, particularly with the high rates of testing.

“Even though we are in really such a great position … we still have to keep playing our part,” she said. “And we still have to be doing all the things that we have talked about (including) hygiene and social distancing.”

Prof Spurrier this morning explained why health authorities have to be so cautious about relaxing restrictions.

“What we need to be thinking about is the incubation period which is 14 days, which is not an absolute – it’s an average.

“The WHO talks about two reproduction cycles of 28 days to be able to say if you haven’t had any new cases then you’re feeling pretty happy.

“We do now know there are people with mild symptoms or people with no symptoms who are still able to pass it on so we have to have a high degree of caution.

“If you have mild symptoms in the community we really need you coming forward and having that testing done. So, there are a number of different things you need to take account of rather than saying, I don’t mean to be flippant, but a “magic” number,” he told ABC Radio Adelaide.

Prof Spurrier said low-risk activities with social and economic benefits would be what the State Government looks for when considering an easing of restrictions.

She said the state would phase things back in stages but there were no plans to ease anything yet.

“What of course would be most sensible is if you bring things for lower risk but with more social and economic impact. If you think of bringing those things back first. I would be going for that steady cautious approach.” Prof Spurrer told ABC Radio Adelaide.

Alan McLean, a Flinders University senior lecturer in Health Care Management who has previously worked on pandemic emergency preparedness with the State Government, said after 28 days of zero, or near-zero cases, restrictions could be slowly lifted – with increased monitoring.

The state’s total number of coronavirus patients yesterday stood at 438 – 96 per cent of whom have recovered. While just 14 active cases remain, four patients are being treated in the RAH.

Australians have drastically changed the amount and type of products they consume during the coronavirus pandemic lockdown. (AAP Video)

South Australia has gone a full week without any new coronavirus infections but health officials remain wary of a possible second wave of cases if widespread restrictions are lifted.

SA has only 14 active cases remaining and one of two men in intensive care for some time has recovered enough to be moved to a general hospital ward.

Chief Public Health Officer Nicola Spurrier says a second wave is always a possibility and if it eventuates it’s most likely to come from interstate or overseas.

“I think it’s very clear that this sort of disease can take off extremely quickly,” she said on Wednesday. “This is not a disease to be taken lightly.

“That’s why when we’re looking at what changes we can make, we want to do it in a very, very safe way.”

So far, South Australia has had 438 confirmed COVID-19 cases but 96 per cent are considered recovered.

There are still no cases among the 699 Australians repatriated from India last week, though they remain in quarantine at two Adelaide hotels.

More than 55,000 people have been tested for the disease across SA, with officials now preparing to expand the regime to include particular community groups, including healthcare and aged care workers.

Health officials are also preparing to meet regional leaders amid moves to allow more movement around the state.

Prof Spurrier said Australia’s strong performance in controlling the pandemic had come as something of a surprise but was the result of the measures put in place to limit the spread of the virus.

“I think many people are surprised in Australia at how well we have done. Really, this is the safest place to be in the world, perhaps other than New Zealand,” she said.

“It’s taken a lot of work and it’s meant that everybody has had to play their part and I absolutely understand how difficult the restrictions have been. But it has paid off.”

Dr Spurrier says she and other health officials are looking at lifting restrictions and will soon hold meetings with regional leaders.

Travel back to regional areas will soon be discussed as well.

Premier Steven Marshall said he’d like to see every person in SA download the COVIDsafe app, but didn’t have numbers on how many South Australians had done so. He said about three millions people across Australia had already downloaded it.

“Tell your family members, stop people in the street,” he said, encouraging people to get the app.

Barossa Valley lockdowns were lifted on Wednesday after weeks of no new cases there.

Local schools have been shut for the past month while residents were urged to end all avoidable travel to aggressively stamp out a virus cluster.

But restrictions are now lifted because no new cases have been located in the area for the past month – the equivalent of two virus incubation cycles – and no surprise cases have been added to the cluster.

Don't Miss it Trump: US will halt funding to WHO – BBC News
Up Next Russian PM has coronavirus as cases surge past 100,000