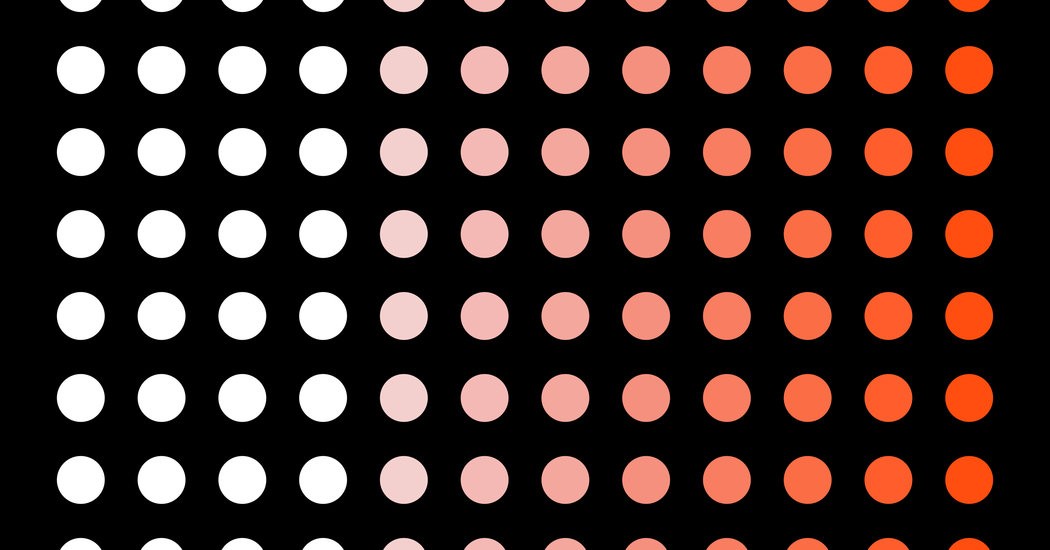 The coronavirus moved so rapidly across the globe partly because no one had prior immunity to it. Failure to check its spread will result in a catastrophic loss of lives. Yet some politicians, epidemiologists and commentators are advising that the most practical course of action is to manage infections while allowing so-called herd immunity to build.

The concept of herd immunity is typically described in the context of a vaccine. When enough people are vaccinated, a pathogen cannot spread easily through the population. If you are infected with measles but everyone you interact with has been vaccinated, transmission will be stopped in its tracks.

Vaccination levels must stay above a threshold that depends upon the transmissibility of the pathogen. We don’t yet know exactly how transmissible the coronavirus is, but say each person infects an average of three others. That would mean nearly two-thirds of the population would need to be immune to confer herd immunity.

In the absence of a vaccine, developing immunity to a disease like Covid-19 requires actually being infected with the coronavirus. For this to work, prior infection has to confer immunity against future infection. While hopeful, scientists are not yet certain that this is the case, nor do they know how long this immunity might last. The virus was discovered only a few months ago.

But even assuming that immunity is long-lasting, a very large number of people must be infected to reach the herd immunity threshold required. Given that current estimates suggest roughly 0.5 percent to 1 percent of all infections are fatal, that means a lot of deaths.

Perhaps most important to understand, the virus doesn’t magically disappear when the herd immunity threshold is reached. That’s not when things stop — it’s only when they start to slow down.

Once enough immunity has been built in the population, each person will infect fewer than one other person, so a new epidemic cannot start afresh. But an epidemic that is already underway will continue to spread. If 100,000 people are infectious at the peak and they each infect 0.9 people, that’s still 90,000 new infections, and more after that. A runaway train doesn’t stop the instant the track begins to slope uphill, and a rapidly spreading virus doesn’t stop right when herd immunity is attained.

If the pandemic went uncontrolled in the United States, it could continue for months after herd immunity was reached, infecting many more millions in the process.

By the time the epidemic ended, a very large proportion of the population would have been infected — far above our expected herd immunity threshold of around two-thirds. These additional infections are what epidemiologists refer to as “overshoot.”

Some countries are attempting strategies intended to “safely” build up population immunity to the coronavirus without a vaccine. Sweden, for instance, is asking older people and those with underlying health issues to self-quarantine but is keeping many schools, restaurants and bars open. Many commentators have suggested that this would also be a good policy for poorer countries like India. But given the fatality rate, there is no way to do this without huge numbers of casualties — and indeed, Sweden has already seen far more deaths than its neighbors.

As we see it, now is far too early to throw up our hands and proceed as if a vast majority of the world’s population will inevitably become infected before a vaccine becomes available.

Moreover, we should not be overconfident about our ability to conduct a “controlled burn” with a pandemic that exploded across the globe in a matter of weeks despite extraordinary efforts to contain it.

Since the early days of the pandemic, we have been using social distancing to flatten its curve. This decreases strain on the health care system. It buys the scientific community time to develop treatments and vaccines, as well as build up capacity for testing and tracing. While this is an extraordinarily difficult virus to manage, countries such as New Zealand and Taiwan have had early success, challenging the narrative that control is impossible. We must learn from their successes.

Don't Miss it This weekend is giving Australia the first glimpse of winter — will coronavirus get worse?
Up Next Coronavirus in Russia: Cossacks on crusade | Focus on Europe