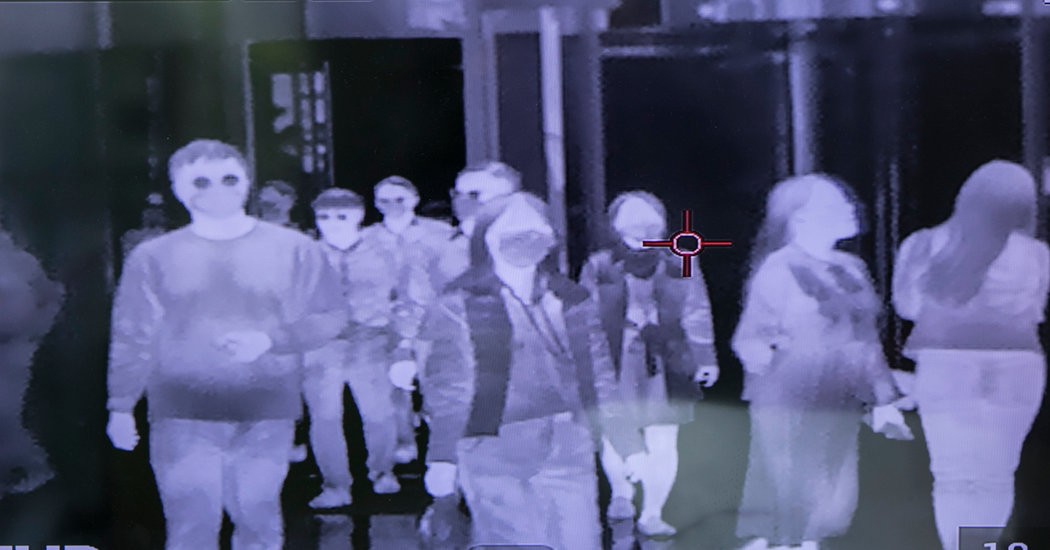 Worshipers at one of Seoul’s largest Catholic churches must refrain from singing hymns or saying “amen” for fear of spreading saliva. Priests sanitize their hands during communion. Holy water has been removed from the chapel.

“This should become the new normal from now on,” said Gong My-young, 53, who owns a tutoring school and attended Mass one night this week at Myeongdong Church in the South Korean capital. “We have to be ready for war.”

South Korea even has a name for the new practices: “everyday life quarantine.” The authorities recently released a 68-page guide, offering advice on situations like going to the movies (“refrain from shouting”) and attending funerals (“bow your head instead of hugging”).

As cities in Asia, Australia and elsewhere get their coronavirus outbreaks under control, churches, schools, restaurants, movie theaters and even sporting venues are starting to open, creating a sense of normalcy for people who have spent weeks and even months in isolation.

But they are returning to a world reimagined for the age of coronavirus, where social distancing, hygiene standards and government-imposed restrictions are infused into nearly every activity — a way of life that is likely to persist until a vaccine or a treatment is found.

In Hong Kong, tables at restaurants must be spaced at least five feet apart and customers are given bags to store their face masks during dining.

In China, students face temperature checks before they can enter schools, while cafeteria tables are outfitted with plastic dividers.

In South Korea, baseball games are devoid of fans and players can’t spit on the field.

Many people say they have no choice but to embrace the changes, even as they come to terms with the loss of freedom and spontaneity.

At the Salsa Amigos dance club in Seoul, teachers are instructing students to wear masks, take frequent breaks so they don’t sweat and keep a distance of roughly three feet from their partners. Some instructors are avoiding dance routines for couples over worries that students will have too much contact.

“I really wish the virus would just go away so I can dance again,” said Woo Tae-hyuck, 48, an employee at a telecom company who attended salsa and bachata lessons this week.

The new social customs and mandates in Beijing, Hong Kong and Seoul, as well as Sydney, Australia, and Taiwan’s capital, Taipei, offer a preview of what might soon be common globally. While parts of Europe and the United States are taking tentative steps to loosen restrictions, many cities in Asia and Australia are further along.

The coronavirus, or the fear of its spread, arrived earlier in such places, and they have already waged monthslong efforts to mitigate transmission. With new cases at or approaching zero, they now have the confidence to begin opening up — albeit cautiously.

Popular tourist sites in China, where the outbreak began in December, are once again accepting visitors, though with strict limits on crowd sizes. The Forbidden City in Beijing is allowing only 5,000 people to visit per day, compared with 80,000 before the outbreak.

Libraries in Hong Kong are reopening, but visitors are allowed to be inside for only an hour at a time.

Hair salons in Sydney, some of which had closed because of the virus or financial pressures, are back in business with abundant supplies of masks and hand sanitizer. At some, magazines are no longer handed out to customers.

Governments are trying to keep the virus at bay while allowing enough room for economic and social activity to pick up again. Officials are testing new sanitation and social-distancing guidelines, like requiring masks on trains and buses and advising the public to avoid face-to-face interactions at work. There are mandatory temperature checks outside restaurants and malls.

Some governments are imposing limits on how many people can gather. In Sydney, residents can only host two visitors at a time in their homes, while officials in Hong Kong have prohibited more than four people from being together in a public place. Outdoor gatherings of more than 500 people are discouraged in Taiwan.

Churches were a particular focus in South Korea, where the outbreak was tied to a secretive religious sect. Many now require worshipers to book spots at services in advance to limit the number of people, and those who attend must wear masks.

Schools represent one of the biggest challenges for governments. Classrooms are notorious as hotbeds of germs and social interactions. But societies won’t be able to truly function until parents can send their children to school full-time.

In Sydney, schools are reopening in phases, holding classes one day a week for a quarter of the students from each grade and gradually expanding until the end of June. In Beijing, seniors preparing for college entrance exams are returning, while in Shanghai students in their last year of high school and middle school are doing so as well. Seoul is making plans to head back soon.

But educators are not taking chances.

In the eastern Chinese city of Hangzhou, a private elementary school asked students to make hats with three-foot long cardboard wings when classes resumed in late April to learn about social distancing. As they showed off their hats, they answered questions from teachers about the incubation period of the coronavirus and its symptoms.

In Taiwan, where classes have been in session since late February, schools have canceled assemblies and ordered students to wear masks and wash their hands regularly. They have asked students to refrain from speaking while they eat and discouraged popular games like Jenga that bring students elbow to elbow. Graduation ceremonies at many schools are moving online.

“There are many things I miss, but it’s necessary to fight this disease,” said Lee Yu Cheng, 18, a student at Taipei Municipal Yucheng High School. “If I get infected, what about my family?”

Businesses are also taking extra precautions to draw wary customers who have grown accustomed to staying at home.

Black Sheep, an upscale restaurant group in Hong Kong, has made temperature checks and surveys about medical history mandatory at its 23 restaurants. Alcohol spray and disposable bags for storing masks are at every table. Black Sheep’s leaders say the measures have helped its image and its business.

“A lot of things are not going to return to what they were pre-Covid anytime soon,” said Syed Asim Hussain, a co-founder of Black Sheep. “Old standards are not good enough. Physical distancing is one thing that is definitely here to stay.”

Technology is also helping governments and businesses adjust and adapt to the ongoing threat of the virus.

At some movie theaters in Seoul, robots have been deployed to offer customers details on schedules and the location of restrooms. Snacks are distributed through an automated kiosk rather than by staff.

In China, officials are using apps to track the health and travel history of residents, requiring them to show QR codes to gain entry to restaurants, office buildings and apartment complexes. Zeng Leyi, a designer in Shenzhen, a southern Chinese city, said the measures, including temperature checks at restaurants, gave her peace of mind.

“I’m so afraid of death that if they don’t take my temperature, I won’t dare go inside,” said Ms. Zeng, 25.

There are few signs that life will truly return to normal anytime soon, even in countries where new coronavirus infections have fallen significantly.

To combat the sense of isolation, baseball teams in Taiwan are filling the bleachers with cardboard cutouts and mannequins. Some are using robots to belt out music from the stands.

In Sydney, beaches have started to reopen, but police officers and lifeguards patrol regularly to ensure that swimmers use the waters only for exercise and do not linger. Paddling, sunbathing and water games are prohibited.

The rules have not dampened the spirit of many residents, who say they are relieved to get out of the house again after weeks of lockdown.

Desmond Cohn, 26, ducked into the waters at Bondi Beach in Sydney this week. The beaches provide an “emotional outlet” for many residents, he said, and many are eager to reconnect with nature.

“Everyone was sort of smiling at each other, looking around,” he said. “We’re all thinking, how bloody good is this? About time.”

As the seriousness of the coronavirus became apparent in March, travel agent Liz Ellis’ job flipped from booking dream holidays,…