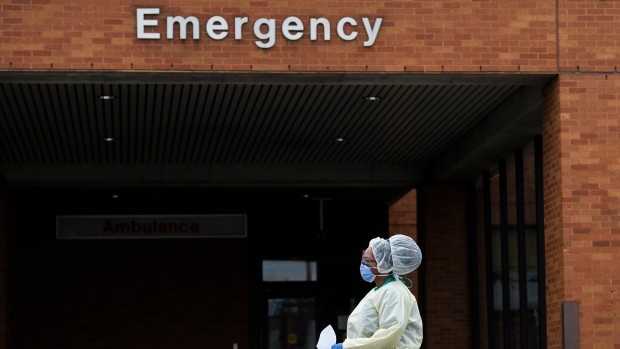 Ontario is reporting 434 new cases of COVID-19, marking a return to somewhat lower levels of new infections following a one-day spike on Saturday.

The Ministry of Health reported 511 new cases of the virus on Saturday. It was just the second time in a week that the number of new instances of the virus surged past 500.

In fact after a record 640 new cases were reported on April 25, the province has actually seen the number of new cases confirmed each day go down to an average of 448.

That has, in turn, sparked optimism from some officials that we could be seeing the other side of the epidemic’s peak.

“While it’s coming down slowly, it’s having ups and downs and we’d like to see it progressing even quicker,” Ontario’s Chief Medical Officer of Health Dr. David Williams told reporters on Saturday. “That means everyone needs to adhere to physical distancing as we’re not yet disrupting community transmission adequately at this time. So we want to stick to the task.”

While the number of new infections seems to have plateaued and may even be on the decline, the death toll continues to mount.

Ontario is reporting another 40 deaths in people who had contracted the virus over the last 24 hours, bringing the total number so far 1,216.

Residents in long-term care facilities continue to account for more than three-quarters of all deaths, though there have been seven fatalities reported in people between the ages of 20 and 39.

It should be noted that Ontario officials have said that they need to see a “consistent” two-to-four week decline in new cases before they can consider lifting the restrictions that have shuttered businesses and brought public life to a virtual standstill.

“We’re flattening the curve, we ‘re heading in the right direction,” Premier Doug Ford said on Friday. “We have reason to be optimistic – as the trends continue downwards, as we continue seeing a reduction in community spread, we’re getting closer and closer to opening things back up.”

The total number of confirmed cases of COVID-19 now stands at 17,553 with more than two-thirds of those cases (12,005) considered resolved.

Other highlights from the data:

There are now 2,640 confirmed cases in healthcare workers, accounting for 15 per cent of all cases

There are 209 known outbreaks at long-term care facilities, up four from one day previous

Twelve per cent of all cases have resulted in hospitalizations

Females continue to make up a greater portion of confirmed cases (57.6 per cent) than males (41.5 per cent)

Don't Miss it Coronavirus map LIVE: Boris’s lockdown exit strategy revealed as parks opened up again | UK | News
Up Next Opinion | She Predicted the Coronavirus. What Does She Foresee Next?