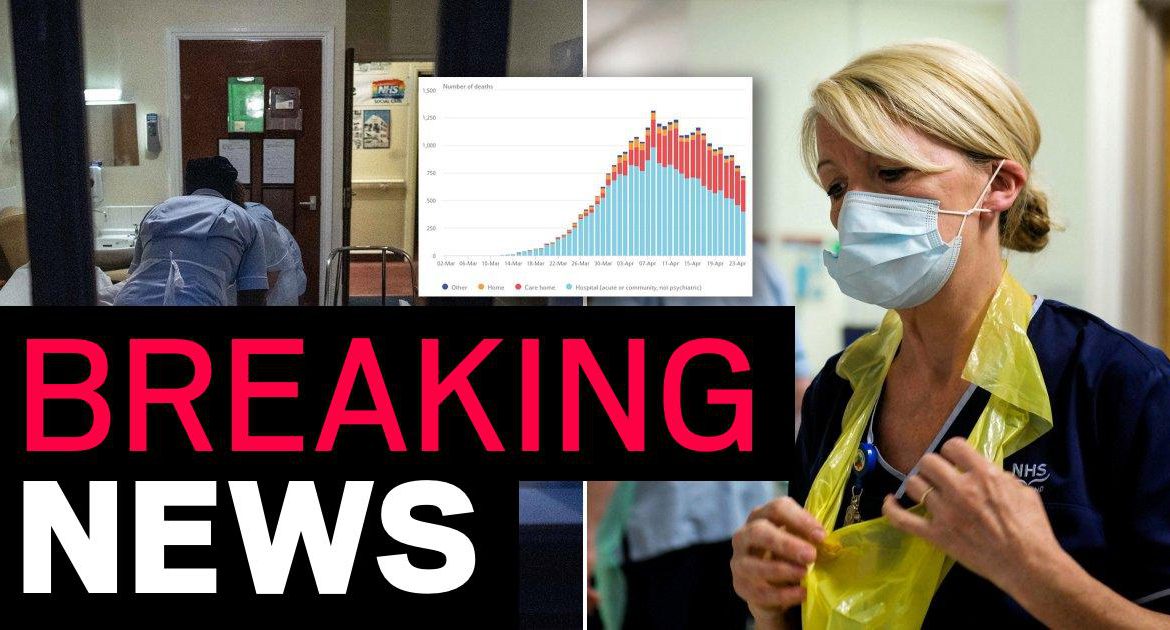 A volunteer from Boots chemist conducts a test at a coronavirus test site in Poole (Picture: Reuters)

The UK now has the highest coronavirus death rate in Europe, new data has revealed.

Figures from the Office for National Statistics (ONS) confirmed more than 32,000 people in the UK have died with suspected Covid-19, which is more than Italy, previously Europe’s worst hit country.

There were 29,648 Covid-19 deaths in England and Wales, as of April 24. Including deaths for Scotland and Northern Ireland, the toll now stands at 32,313.

That is higher than Italy’s current count of 29,079, although its toll does not include suspected cases.

Ministers dislike comparing death tolls between countres, saying that excess mortality – the number of deaths from all causes that exceed the average for the time of year – is a more meaningful metric.

The ONS also confirmed there were 7,713 deaths involving Covid-19 outside hospitals in England and Wales, as of April 24.

The equivalent number for hospital deaths over this period is 19,643.

A total of 5,890 people died in care homes, while 301 died in hospices. The ONS said 1,306 died in private homes and a further 216 died in communal establishments and other locations.

Graph shows the number of Covid-19 deaths registered in England and Wales, as of April 24 (Picture: ONS)

It is important to note that ONS figures are based on mentions of Covid-19 on death certificates, whether or not the deceased had tested positive for coronavirus.

ONS statistician Nick Stripe told the BBC: ‘Almost four times more deaths than we would expect to see at this time of year were registered.’

Yesterday, during the daily press conference, the UK’s official coronavirus death toll rose to 28,734, after a further 288 people died, the Health Secretary confirmed.

Matt Hancock said 190,584 people have now tested positive for coronavirus. The figures followed a further 229 deaths in hospitals across the UK yesterday, which was the lowest daily increase for five weeks.

Of the hospital deaths, England recorded another 204 deaths, Wales another 14, Scotland another five and Northern Ireland another six.

This is a breaking news story, more to follow.

Get in touch with our news team by emailing us at webnews@metro.co.uk.

For more stories like this, check our news page.

Get the need-to-know coronavirus news, features and tips, right to your inbox.