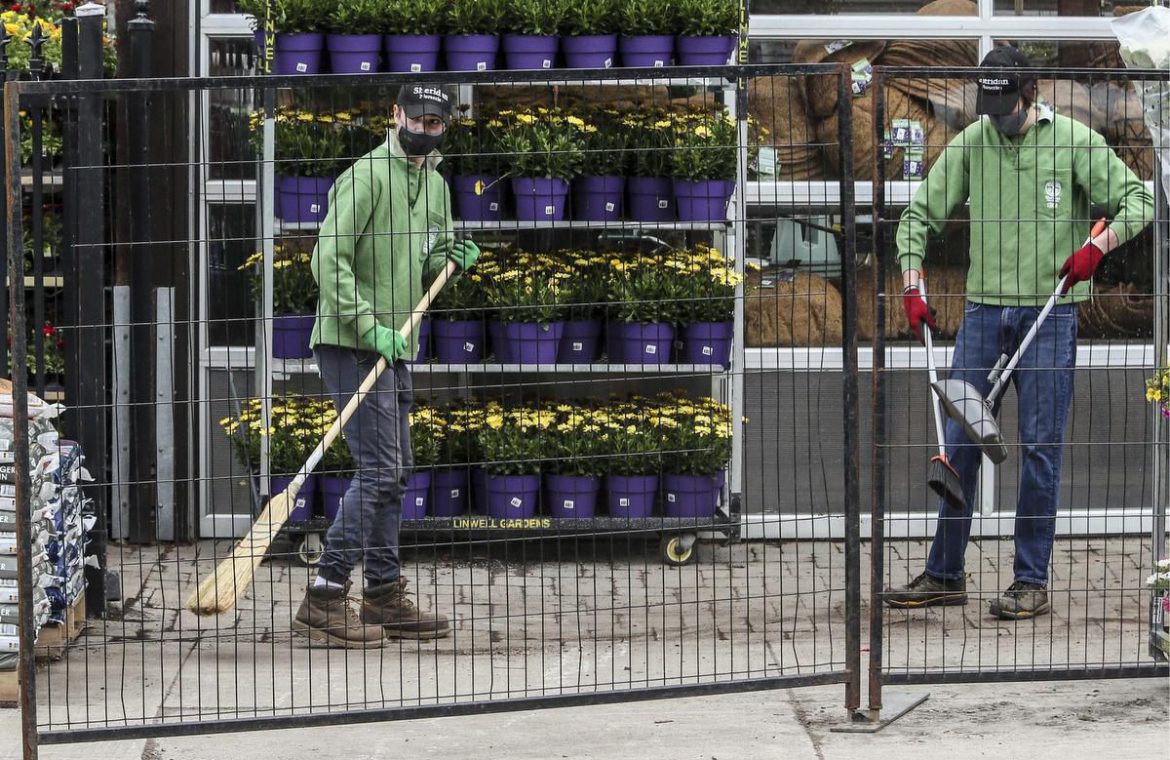 Health units across Ontario are reporting some of the biggest spikes in deaths since the COVID-19 outbreak began.

Toronto reported 311 new cases and 51 more deaths for Sunday and Monday, the second-highest of any 48-hour period, after the 61 total deaths reported on Wednesday and Thursday last week. Ottawa also reported a jump in deaths Monday, with 35 new fatal cases.

The 161 deaths reported across Ontario for Sunday and Monday were by far the most the province has seen in any 48-hour period since the beginning of the pandemic.

Here’s what the numbers tell us about what’s happening right now with the spread of COVID-19:

Premier Doug Ford announced on Monday that the province was exceeding its target of 16,000 tests a day. Meanwhile, Ontario reported an increase of 533 cases, a number that’s down from a peak in April but pretty typical of the number of new cases reported in the last week.

Toronto epidemiologist Dr. Jeff Kwong, a family doctor at Toronto Western Hospital, as well as a professor at the University of Toronto’s Dalla Lana School of Public Health, believes the province will continue to see a number of new daily cases.

“I think there is still a lot of COVID out there,” said Kwong. “Outside the GTA it could be slowing down, but I think within the GTA there’s quite a lot of activity here…in Toronto, Peel, York, there’s still a lot there.”

There were 119 deaths from COVID-19 in the province Monday, the highest number reported to date, bringing the total to 1,427.

The majority of the deaths are occurring in the GTA, but Ottawa reported its highest number of victims to date — 35.

Seventy per cent of the fatalities in Ontario are people 80 or older, according to an analysis of provincial data.

Most of the deaths are happening in the long-term-care setting, said Kwong.

“It’s unfortunate we didn’t act sooner to prevent this from happening,” he said. “I think COVID exposes all the weak links in the system. Workers don’t have all the PPE, the staff aren’t well compensated…it’s so tragic and preventable.”

Kwong is optimistic the outbreaks will be controlled by the increase in testing that is now being done.

“Hospital staff are going in and doing testing blitzes of residents and staff to identify outbreaks and provide PPE and teach (workers) how to use it properly.”

“As long as you have PPE you can reduce transmission,” he said.

The GTA continues to be the hot spot for the virus, accounting for more than 11,000 cases out of a total of the nearly 18,000 in the province.

Toronto, which has seen the most cases and deaths, reported an increase of 311 cases and 51 deaths, on Monday.

Dr. Eileen de Villa, Toronto’s medical officer of health, said that although infection rates were slowing down, social distancing measures would have to continue because the city had yet to see a steady decrease in the number of new cases or new hospitalizations each day.

“This means we have likely not completely passed the infection peak,” said de Villa. The city has had a total of 6,278 cases. Peel Region has the second highest number of cases at 2,699.

Part of the reason the GTA has more cases could be due to household transmission within families who live in condos and apartments.

In those settings, if one person gets the virus, the whole family gets it because of the difficulty social distancing in tight quarters, said Kwong.

“That why we’re seeing more cases in Toronto than in rural areas with big houses,” said Kwong. “I think that’s one of the drivers.”

The number of cases in Quebec shot up on Sunday, two weeks before the province is set to reopen retail stores in Montreal and a week before schools and daycares outside the city are scheduled to reopen.

The increase was the result of more than a thousand missed cases from April, according to media reports, bringing the total number of cases in the province to 31,865.

More than 2,200 people there have died of the virus, but there has been only a slight increase in recent hospitalizations.

Other provinces, including Alberta and Saskatchewan, are also phasing in plans that will reopen businesses.