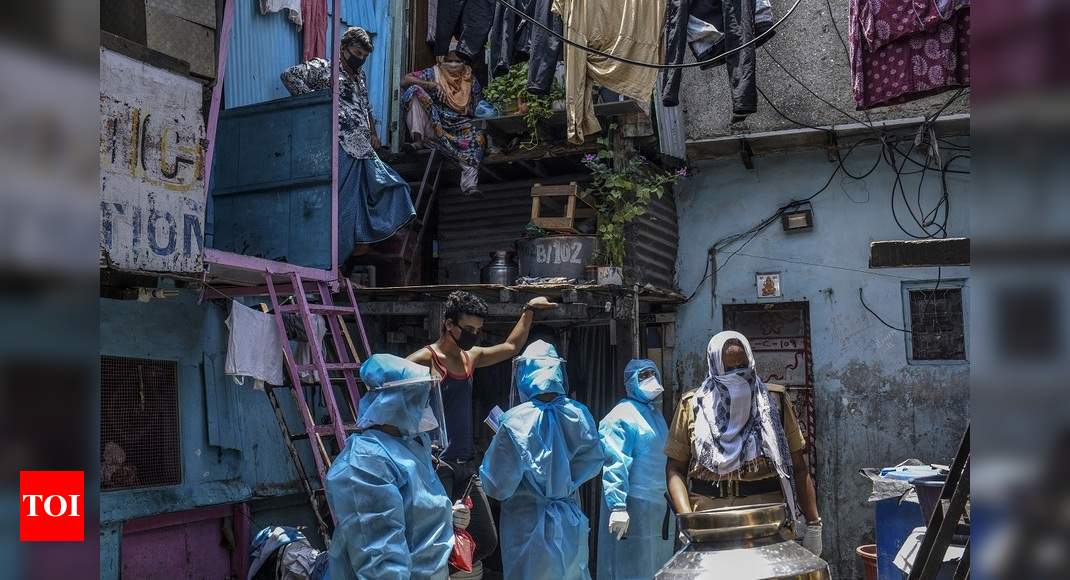 NEW DELHI: The number of active Covid-19 cases are growing faster at 6.6% now, leading to a shorter doubling time of 11 days, as compared to 15 days on May 2 when the growth rate for such cases was 4.8%, data analysis by economist Shamika Ravi, earlier part of the Prime Minister’s Economic Advisory Council, shows.
Ravi tweets daily updates on her statistical analysis, which are widely followed on social media and her slides have on occasions been used by the government as well. The trend is driven by rising concerns regarding states like Maharashtra, West Bengal, Gujarat, Delhi and Tamil Nadu where the infection is at worrying levels, mortality rates are increasing and there is no specific strategy for contact-tracing and testing, Ravi says.
Pointing to varying rates of testing, Shamika said in Kerala’s Kasargod district when 100 people came out positive, 20,000 samples were tested while in Mumbai 6,000 samples were tested against 100 positive cases. According to her, there is a big second wave in several states with growing concerns in Gujarat, Delhi and Tamil Nadu, along with Maharashtra where the case load is alarmingly high.
“It is a combination of containment, contact-tracing and testing that will help flatten the curve. If containment and contact-tracing is poor, active cases will keep rising. States have to formulate a strategy and ensure it is strictly implemented,” she said. So far, the government has said the doubling rate is rising with the figures taken for all cases and not only active ones as in Ravi’s analysis.
“Maharashtra is failing very badly and I am afraid that it will impact the national average,” Ravi said, underlining that states will have to focus on contact-tracing and identify people who might have been infected through positive cases and ensure clinical management to control a wider spread.
During April 25 to May 5, the national Covid-19 death rate per million was 1.31, whereas both Maharashtra and Gujarat have more than 5, according to Ravi’s analysis.
The health ministry, too, has raised concerns about some states not doing adequate surveillance, contact-tracing and reporting of positive cases, leading to a delay in clinical management and rising number of deaths.
The Centre has also sent public health teams to 20 districts to ensure such gaps are addressed.

Don't Miss it Coronavirus: More than 10,000 lives lost in Spain – BBC News
Up Next The proportion of COVID-19 deaths in long-term care was measured in 14 countries. Canada had the worst record