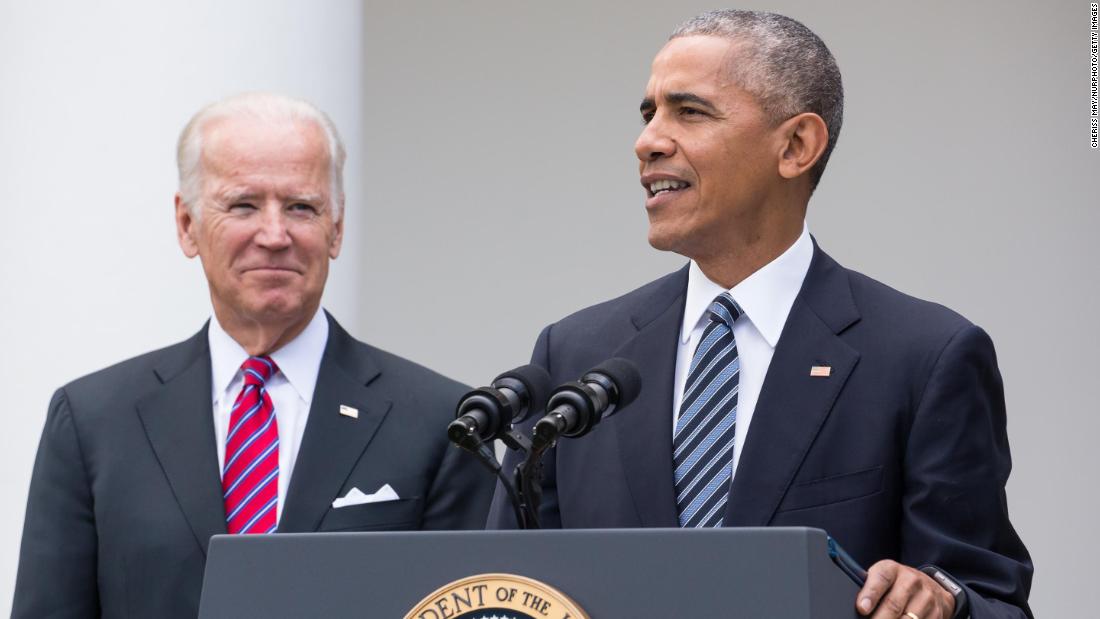 The searing comments, confirmed to CNN by three former Obama administration officials on the call, offered the starkest assessment yet from the former president about how President Donald Trump and his team have handled the deadly pandemic and why he believes Democrats must rally behind former Vice President Joe Biden to defeat Trump in November.

In a 30-minute conversation with members of the Obama Alumni Association, the former president said the response to the coronavirus outbreak served as a critical reminder for why strong government leadership is needed during a global crisis. The call was intended to encourage former Obama staffers to become more engaged in Biden’s presidential campaign.

“This election that’s coming up — on every level — is so important because what we’re going to be battling is not just a particular individual or a political party,” Obama said. “What we’re fighting against is these long-term trends in which being selfish, being tribal, being divided, and seeing others as an enemy — that has become a stronger impulse in American life.”

The comments were first reported by Yahoo News, which obtained an audio recording of the call. A spokesman for Obama declined to comment or elaborate on the former president’s remarks.

White House press secretary Kayleigh McEnany on Saturday dismissed the criticism from Obama, saying in a statement to CNN: “President Trump’s coronavirus response has been unprecedented and saved American lives.”

The White House did not respond to Obama’s comments on the Department of Justice’s decision to drop charges against Michael Flynn.Weighing in on the case during the call, Obama said Attorney General William Barr’s decision to drop the criminal case against Flynn suggested “the rule of law was at risk” in the United States. Before taking office, Obama warned Trump about Flynn and raised questions about his conduct with Russia.But Obama saved his strongest words for the Trump administration’s handling of the coronavirus crisis and its worldview.

“It’s part of the reason why the response to this global crisis has been so anemic and spotty,” Obama said. “It would have been bad even with the best of governments. It has been an absolute chaotic disaster when that mindset — of ‘what’s in it for me’ and ‘to heck with everybody else’ — when that mindset is operationalized in our government.”

He added: “That’s why, I, by the way, am going to be spending as much time as necessary and campaigning as hard as I can for Joe Biden.”

After formally endorsing Biden last month, Obama said he would be deeply involved in the campaign to help Biden win the White House. His remarks on Friday night were the latest example of that effort, telling the Obama Alumni group: “I am hoping that all of you feel the same sense of urgency that I do.”

This story has been updated with the White House’s response to Obama’s comments.

Don't Miss it Putin presides over slimmed down Victory Day as coronavirus cases rise
Up Next Dr Norman Swan: 'We've got to get back to a normalised healthcare system' | ABC News

Vice President Mike Pence is committed to spending the final seven days of the 2020 election on the campaign trail,…

Recent developments: What’s the latest? A day after receiving praise from Ontario’s health minister for its progress in curbing the…

Putin, who is famously secretive about his family, said one of his daughters had already been inoculated as part of…

The latest coronavirus news from Canada and around the world Tuesday. This file will be updated throughout the day. Web…