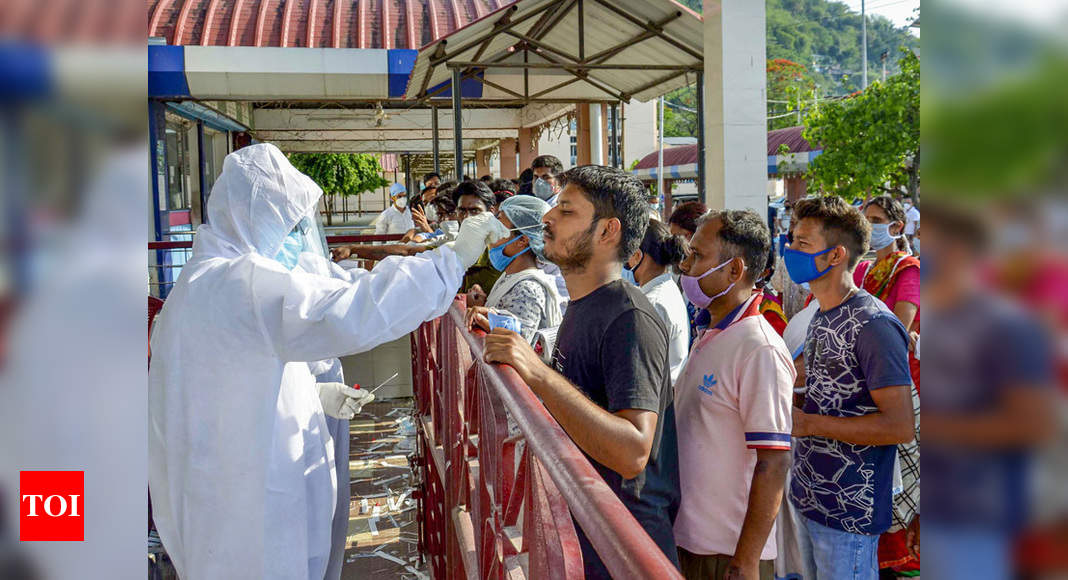 NEW DELHI: The testing capacity for Covid-19 has been scaled up to around 95,000 tests per day and a total of 15,25,631 tests have been conducted so far across 332 government and 121 private laboratories, Union Health Minister Harsh Vardhan said on Saturday.
The minister, who reviewed the status of Covid-19 in the northeastern states along with the measures taken for its containment and management, also stressed on the need to take concrete action to check the use of non-smoking tobacco and prohibiting spitting in public places which shall help in preventing the spread of the infection, according to a statement.
During the high-level meeting with Arunachal Pradesh, Assam, Manipur, Meghalaya, Mizoram, Nagaland, Tripura and Sikkim, Vardhan appreciated the dedication of all the states in combating Covid-19.
“It is a huge relief and very encouraging to see green zones in most northeastern states. As of date, only Assam and Tripura have active Covid-19 cases. Other states are all in the green zone. Let us focus and work together by converting the orange zones to green zones and maintain the protective status across the states,” Vardhan was quoted as saying in the statement.
He flagged the large prevalence of non-smoking tobacco usage in some of the states and the problem of spitting in public places.
“Strong reforms are needed in this direction,” Vardhan said while appreciating the effort of states that have banned the use of chewing tobacco and ordered imposition of fine for spitting in public places.
During the detailed interaction, the states highlighted various issues related to testing facilities, health infrastructure, surveillance, contact tracing etc. and also shared their best practices, the statement stated.
Vardhan said, “The testing capacity has increased in the country and it is 95,000 tests per day with 332 government laboratories and 121 private laboratories. Cumulatively, 15,25,631 tests have been done so far for Covid-19.”
Tripura has reported 118 cases, Assam 59, Meghalaya 12 cases, Manipur two while Mizoram and Arunachal Pradesh have reported a case each till Saturday morning 8 AM.
Meghalaya and Assam have also reported one fatality each so far.
To maintain the positive status of Covid-19 management in the Northeast, the Union Minister advised them to ensure that the returning migrant labourers, students and those from abroad are screened and quarantined as per the guidelines and protocol laid down by the by ministries of Health and External Affairs, the statement said.
For the states that have international borders, the minister stated that they need to take adequate measures in the border areas to prevent exposure by conducting screening of all individuals at entry points and following quarantine protocol as per the guidelines, it said.
Vardhan said while some states have worked in this direction, others need to focus on more effective surveillance, contact tracing, house to house survey and early diagnosis.

Don't Miss it Coronavirus: 'Gaza has no resources to fight this virus' – BBC News
Up Next Putin presides over slimmed down Victory Day as coronavirus cases rise