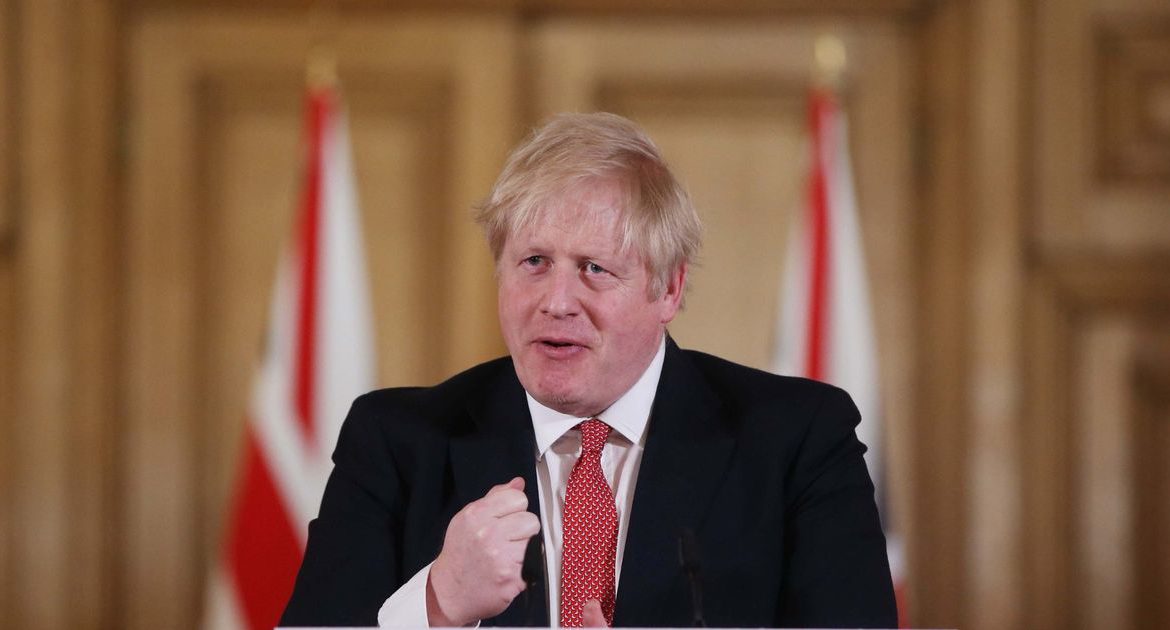 Here is a round-up of the latest news in response to the  coronavirus  pandemic on Sunday, May 10.

Follow updates on the world coronavirus pandemic on our  live blog  and sign up for our email newsletter alerts  here.

The number of people who have died with coronavirus in Wales has reached  1,099  after nine more fatalities were confirmed on Saturday.

Public Health Wales also added that the number of positive cases of the virus has increased by 118  to bring the total to   11,121 since the outbreak began.

The Prime Minister’s televised address will air at 7pm tonight. In it, he is expected to unveil a new slogan, telling the public to “stay alert, control the virus, save lives”.

He is expected to lay out his plans to end the lockdown – among the proposals includes a Covid-19 alert system to track the virus. It will apply to England only but the his government is working with the devolved administrations as they develop their own.

In an interview with The Sun on Sunday newspaper Mr Johnson said that the UK is entering the most “dangerous” phase of the battle against the virus.

Public in transport could run at 10% capacity after restrictions limited

Public transport may only be able to carry one in 10 passengers when lockdown is lifted, the UK government has warned.

UK Transport Secretary Grant Shapps said capacity on trains and buses could be drastically reduced due to social distancing rules.

Speaking during the daily government briefing, Mr Shapps said that “even with public transport reverting to a full service, once you take into account the 2m rule there would only be capacity for one in 10 passengers in many parts of the UK’s network.”

To encourage cycling and walking, a £2billion package was announced on Saturday to make active travelling safer.

There has been a cluster of new cases in South Korea as the country emerges from its lockdown.

The new spike in cases are linked to a 29-year-old man who went on a night out in Seoul’s popular Itaewon district last weekend.

Health officials are trying to trace and test an estimated 1,510 people who visited the same venues as the man.

The Duke of Sussex said life has “changed dramatically” as he marked what would have been the opening ceremony of the Invictus Games.

In a video posted on the event’s Twitter account, Harry urged the “Invictus family” to look out for each other and encouraged them to get involved with virtual activities over the coming days.

The 2020 Invictus Games were due to be held in The Hague, but the event has been postponed to 2021 due to Covid-19. The competition brings together current and former wounded, injured or sick servicemen and women from more than 20 countries.

Harry said: “As we commemorate VE Day this weekend and pay tribute to the service and sacrifice of the entire Second World War generation, we should have also been gathering together in the Netherlands to kickstart the Invictus Games 2020 in The Hague.

“Life has changed dramatically for all of us since I was last in The Hague, but the IG 2020 team has done an incredible job to adapt so quickly to the situation, and they are busy putting plans in place for next year.

Harry said he continues to hear “amazing” stories of families coming together over online platforms, but urged people to “look out for those that have gone quiet, or that are no longer visible on the chat sites”.

He added: “You guys are the best at this, so I have no doubt that you’re all rallying around and supporting one another.”