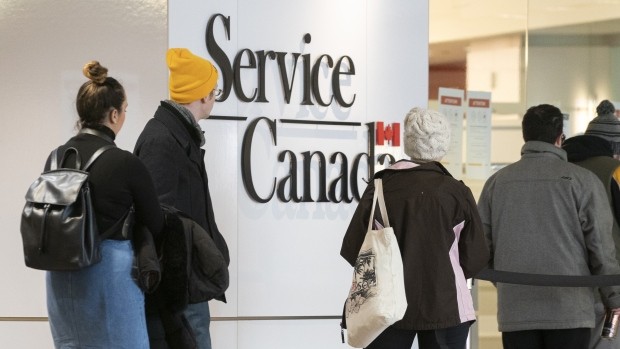 TORONTO —
Despite Canada’s latest grim numbers on job losses, experts say certain industries will rebound with reopening but caution that there will be some long-term ripple effects in the economy following COVID-19.

“As we move into the summer, there’s a lot of things we’re going to go back to. I’m going to need a hair cut, I need gardening supplies. All these things, these services are going to bounce back pretty fast,” University of Waterloo economics professor Mikal Skuterud said in an interview with CTV News Channel on Sunday.

“This is not a traditional recession… We put the economy into a medically-induced coma, we forced this on the economy, but that’s going to have permanent ripple effects,” specifically on manufacturing and the construction sectors, Skuterud said. “There’s serious concern that this isn’t going to be just a quick bounce back; there could be long term effects.”

Statistics Canada reported Friday that the economy lost nearly two million jobs in April, in addition to the one million jobs lost in March, and the unemployment rate soared to 13 per cent. Skuterud said that because some of these layoffs are only temporary and some workers have only had their hours reduced, it is difficult to get a full picture of how long job losses will last. He said unemployment may actually be worse than the numbers show.

“We shouldn’t be focusing on the traditional measures we normally do on employment. It’s not really the job loss, because it’s unclear for a lot of people whether they lost their jobs or not. What we should be looking at is the total hours of work,” Skuterud said.

“This is not workers choosing themselves to quit jobs, this is workers being told, ‘You need to go home’.”

According to Skuterud’s data, the total number of hours worked has plummeted to approximately 30 per cent. He says this shows how the pandemic is disproportionately impacting hourly workers compared to those on a salary.

“It’s very unequally distributed. When you compare that to previous recessions like the 2008 financial crisis… that isn’t true in other recessions. [Job losses] weren’t as concentrated at the bottom end of the labour market,” Skuterud said.

Steven Denney, a post-doctoral fellow at University of Toronto’s Munk School of Global Affairs, said there is also a disproportional impact to industries that is hampering economic recovery.

“Those who are impacted by the social distance measures, these would be industries that include construction and manufacturing, are taking the brunt of economic impact. But certain knowledge-based industries are only showing sort of modest impacts,” Denney told CTV News Channel on Sunday. He added that young people and women are being impacted more by job losses than others in the workforce.

Despite some provinces being further along in their reopening strategies than others, Denney said the recent numbers show that geography isn’t a factor in job losses.

“Once the shutdowns were enacted across the country, and people started to observe and take note of what was happening, the impacts sort of levelled out,” Denney said, adding that there will still be job losses reported in provinces that reopen.

Prime Minister Justin Trudeau announced on Friday that the emergency wage subsidy program is being extended beyond June, in an effort to encourage more employers to re-hire staff and “help kick-start” Canada’s gradual economic reopening.

“[The CERB] ends July 15 so we have until July 15, which is not to say that that’s how long we’re going to take to make this decision, but it doesn’t end as early on as the wage subsidy,” Qualtrough said in an interview on Sunday. “After that, will people still be getting help from the government? Right now, we’re looking at what that could look like.”

Qualtrough said they are looking into modifying the criteria for the CERB for those workers who may only receive part-time work as provinces gradually reopen.

“I know the job numbers were devastating, but we also have a lot of people on the CERB who have jobs to go back to,” Qualtrough said. “I’m really looking at the wage subsidy. I think in a week or two, we’ll have much better data to assess what the next iteration of some kind of support for workers will be.”

According to Qualtrough, 120,000 businesses have applied for the wage subsidy program and so far 97,000 have been approved.