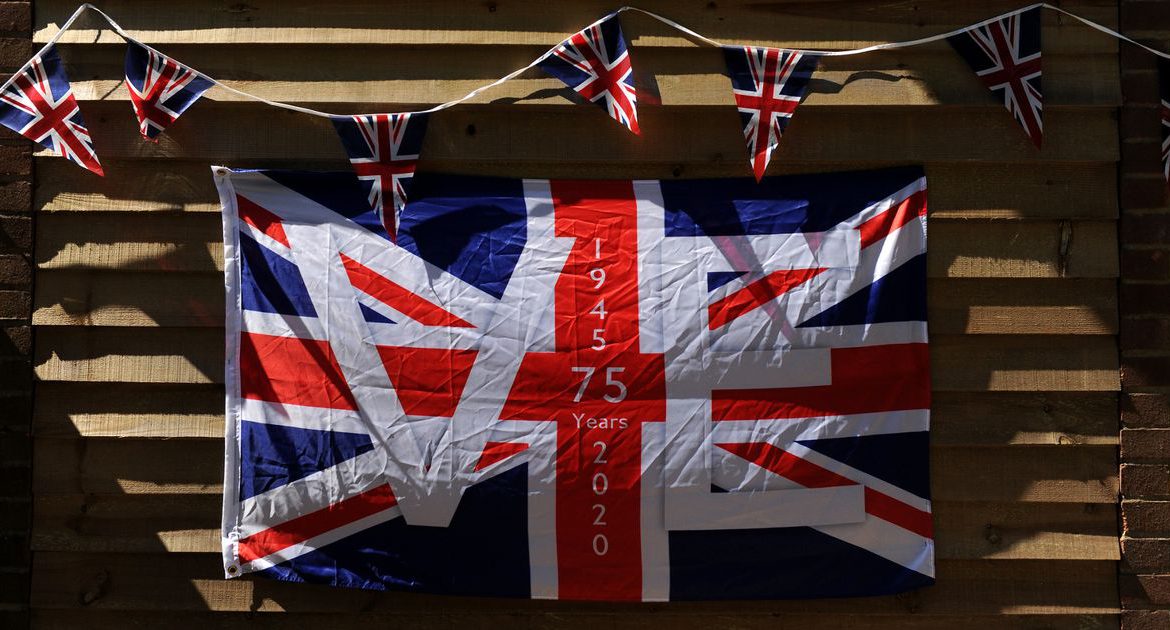 Dr David Hepburn, who works in the intensive care unit at the Royal Gwent Hospital, tweeted on Saturday following media reports over the weekend of busy VE Day street parties taking place around the UK, including a mass conga on one street.

He wrote on Twitter: “Just watched the conga lines/street parties on the news. The nation has lost its f***** mind. We’re strapping in for a second wage. I’m so, so tired, and so pissed off. We’ve had a few days of respite and I was starting to feel hopeful. Can’t believe I was so naive.”

He added: “Do it for all of us in the hospitals, care homes, GP surgeries. Do it for everyone shielding, for your next door neighbour, your weird great auntie, that grumpy old bloke who lives on the corner. Do it for your mate who’s got type 2 diabetes, and do it for yourself.”

Speaking to WalesOnline Dr Hepburn, who returned to work last month after contracting the virus himself, said he had spoken to colleagues on other health boards in Wales who had reported a spike in the number of people attending A&E with head and other injuries.

He said those flouting the rules were doing so as they didn’t think the virus would infect them and because there was not enough fear of being punished.

Currently police can issue £60 fines – reduced to £30 if paid within two weeks – for breaches of lockdown.

“I think we could be far more draconian. We should be fining people £1,000,” Dr Hepburn said.

“That would focus the mind slightly and enforce the rules.

“We have patients with communicable diseases like TB, where there are quite strong legal powers to compel people to stay in hospital and be treated.

“I think we need to take a similar approach to people breaking lockdown.”

“Psychologically, you can distance yourself if you don’t see the effects. It’s an abstract concept when you are removed from the situation.

“But there also doesn’t seem to any genuine financial risk to them either financially or legally.”

Dr Hepburn said he had spoken to colleagues on other Welsh health boards who said there had been a “big uptake” in people presenting to A&E with head injuries and broken limbs over the weekend.

“With that there is potentially more exposure of doctors and nurses to the virus. When patients are coming into A&E drunk they don’t tend to observe social distancing.

“So you risk spreading the virus to other people in A&E, to people in your own community you may have been at the party with, and also actually giving it to the nurses and doctors.

“Obviously if we lose staff it affects our ability to deal with any surge in the virus.”

A widely circulated social media post from a female health worker in Swansea said her shift on Friday was “like New Years’ Eve.

“Worst I’ve seen in a long time,” she fumed. “Lost count of the amount of CT heads that were needed. Intoxicated, assaults, head injuries,” she fumed.

Another report on social media, believed to be from a Welsh nurse, described another emergency department in which “nearly every patient we had was in drunk with a head injury” on Friday night.

“We did 12 CT scans and plastered numerous limbs. All our staff were exposed to so many more people unnecessarily.”

Dr Hepburn said that while he knew most people were observing lockdown and had celebrated VE Day safely, “there are always one or two idiots who don’t.”

“It is a community effort, and if people get bored of it then we’re going to be back to square one, and people are going to suffer as a result.

“Not just me, but my whole clinical team are very worried about what the knock-on effects in a few weeks’ time will be.

“Are we going to have to open up new critical care areas again, like we did before?”

He added that a second wave of the virus would also delay the resumption of many routine hospital services such as cancer operations.

“If we can keep this to a manageable level, it means the bowel cancer patient down the road who needs his operation, or whoever it may be, can have it done. People needing operations who are having to wait months.

“But every time we get stuck in another surge of coronavirus, all those services go out the window.

“You may not be catching coronavirus by going to a street party, but if you pass it on you could stop someone you love from getting an endoscopy for a cancer diagnosis or something like that.

“There is no point clapping the NHS and then going out and spreading the virus.

“I hope it’s just a blip and that people will start getting back to keeping their communities safe, because that’s what we need.”

His comments were backed up by intensive care doctor Ami Jones who was working a shift for the Welsh Air Ambulance on Friday evening.

She told the BBC: “I was disappointed but not surprised by what I saw, I even had to walk through some parties to reach patients.

“I’m sure there was alcohol involved and police have had to intervene, which has put their lives at risk. My colleagues in A&E said it was very busy over that period.

“It’s disappointing because I really thought the message was starting to get through that this is serious and staying home was important.

“But it seems that any discussion about lockdown being lifted a little has made people think it’s party time and ruined the hard work done for the last seven weeks.

“I’m sure the families of those people who [have died] would sit in their houses for the rest of their lives to have their loved ones back. It’s heart-breaking.

“We still have people coming into hospital with Covid-19.

“It only takes a few parties or a few people not following guidelines and then we’re back to where we started and the seven weeks of hell that we’ve been through mean nothing.”

Don't Miss it With fitness centres closed people are getting creative with their workout equipment | ABC News
Up Next How long will job losses due to COVID-19 last?