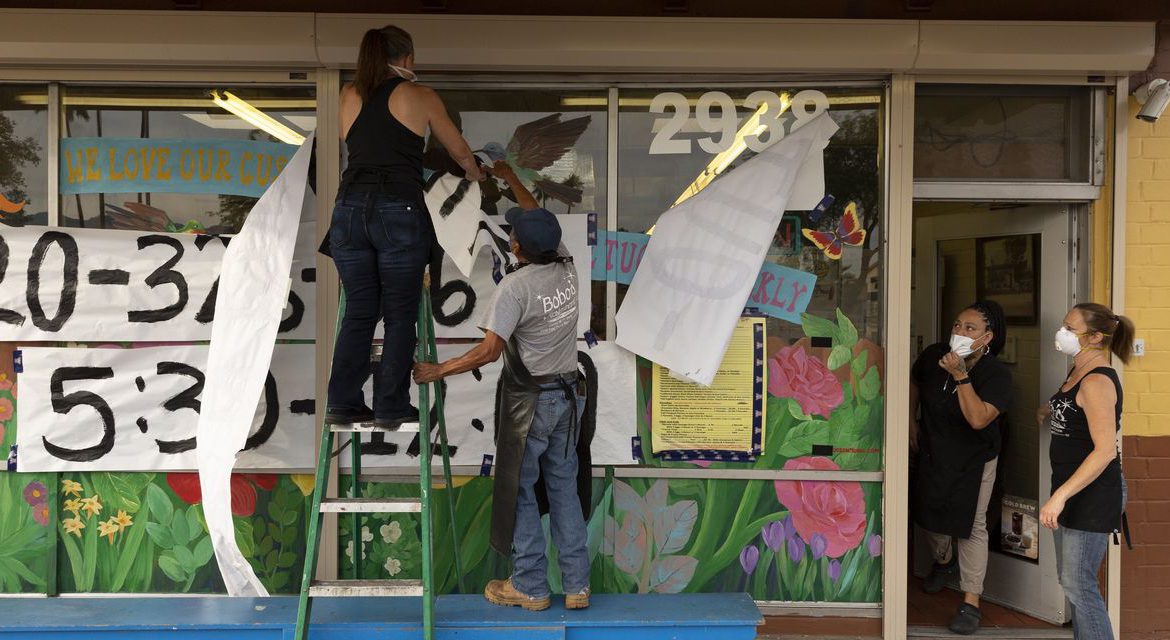 As the U.S. death toll from the coronavirus pandemic approached 80,000, governors from New York to Ohio to California took steps toward reopening businesses as the economic wreckage from lockdowns climbed.

Deaths in the U.S. reached 79,894, according to data from Johns Hopkins University. World-wide, more than 284,000 people have perished from Covid-19, the respiratory disease caused by the virus. The numbers may undercount the true death toll, researchers say.

The U.S. plans to accuse China of attempting to steal information from coronavirus vaccine researchers, Elon Musk says he will move Tesla’s headquarters out of California, and China and South Korea report new clusters of cases. WSJ’s Shelby Holliday has the latest. Photo: Getty Images

The White House and the Republican-controlled Senate remain at odds with House Democrats who are pushing to complete their next coronavirus-aid proposal this week.

Democrats argue for new spending, on top of the roughly $3 trillion of aid so far for businesses, households, states and cities, among others. But some Republicans and President Trump are advocating for a wait-and-see stance on more stimulus and have placed a priority on other policies, such as shielding businesses from liability.

U.S. stocks swung between small gains and losses Monday as investors weighed the benefits of reopening the economy against concerns that such steps could lead to fresh waves of coronavirus infections and renewed lockdowns.

The market swings came as the pandemic reached the top echelons of government. The White House on Monday directed officials to wear masks at all times inside the building except when sitting at their own desks, administration officials said, after two officials in the West Wing tested positive for coronavirus last week.

Robert Redfield, the director of the Centers for Disease Control and Prevention, and Stephen Hahn, the commissioner of the Food and Drug Administration, are also taking precautions after possible exposure.

In Illinois, Gov. J.B. Pritzker said he was self-isolating after a senior staff member tested positive for the virus late last week. The Democratic governor and other staff members have tested negative but started working from home, the governor said Monday.

States including Illinois are allowing more businesses to open in limited fashion, such as permitting retail sales for curbside pickup, as governors assemble teams of contact tracers and put in place the infrastructure needed to reopen safely.

Massachusetts Gov. Charlie Baker said Monday the state’s gradual reopening process could begin as soon as next week. Mr. Baker said the state’s plan included four phases and timing would depend on benchmarks including the rate of infections and hospitalizations from the virus.

“The process is complicated, it’s gradual, and it requires an incredible amount of patience from pretty much everybody, including me, but we believe we are trending in the right direction,” the Republican said.

“It’s incredibly difficult to plan for a future while we don’t really have real certainties about how this particular virus moves and relates and acts across time,” he added.

With deaths and hospitalizations falling to rates not seen since the early days of the pandemic, some regions of New York state are ready to resume business operations under a staggered restarting of the hard-hit state’s economy, Gov. Andrew Cuomo said Monday at a news conference.

Mr. Cuomo has outlined seven metrics for regions in the state to hit—including a benchmark of two Covid-19-related hospitalizations per every 100,000 residents—before beginning this process. Upstate communities will likely begin reopening first, while New York City and Long Island will likely do so later, Mr. Cuomo said.

Federal health regulators, meanwhile, are developing guidelines for reopening nursing homes to visitors, according to people familiar with the matter.

While efforts to ease restrictions move forward, much about the coronavirus remains unexplained.

Some patients are arriving at hospital emergency rooms with so little oxygen in their blood that they should be on the brink of organ failure. Instead, these patients aren’t only conscious but also talkative and in decent spirits.

This has prompted some doctors to delay the use of intubation and ventilators normally deployed for such low blood oxygen levels, and opt for less invasive measures such as high-flow versions of nasal devices called cannulas to deliver oxygen.

Several European and Asian countries hit hard by the pandemic marked a revival Monday of some social and commercial activity they had curtailed to fight it.

Primary school students returned to classrooms in France, Norway and the Netherlands. Shopping malls reopened in Denmark, bars and outdoor restaurants restarted in parts of Spain. Shanghai Disneyland welcomed visitors for the first time since January.

Shops and other businesses were also allowed to reopen Monday in Belgium, the Netherlands and Luxembourg, but without offerings such as free makeup or food samples. A hair salon in the Dutch city of Maastricht opened at midnight to a line of about a dozen customers.

The U.K. government Monday fleshed out its road map for easing the lockdown, including advising the public to wear face coverings when in confined spaces and saying it will soon implement a two-week quarantine for some travelers arriving into the country.

The country plans to further loosen measures in June, so long as the virus’s spread doesn’t accelerate. Schools could partially reopen. Competitive sport might resume, but only behind closed doors. In July, the government hopes to open some other businesses, including pubs and restaurants.

Russian President Vladimir Putin announced an easing of nationwide coronavirus restrictions starting Tuesday but said that the reopening will not be quick as Russia reported a record rise in the number of new cases.

The country recorded 11,656 new infections on Monday, bringing the total to 221,344, the world’s fourth highest count after the U.S., Spain and the U.K. Authorities have attributed the rise in cases to a ramp-up in testing. The death count rose by 94 to 2,009 people.

South Korea, which had earlier appeared to tame the spread, reported 35 new cases, its biggest single-day rise since April 9, amid a wave of new cases related to clubs and bars in a popular Seoul neighborhood.

India on Monday reported 4,213 new cases—a record daily high—even as the nation of more than 1.3 billion people took steps to reopen its economy after a massive lockdown that started in March. Indian officials said the country’s train system, among the world’s largest, would restart with limited passenger services from Tuesday.

confirmed cases in the U.S.

total deaths in the U.S.

Hong Kong, which has become a success story in the fight against the coronavirus with only four dead so far, has started to outline a reopening of schools as its government began distributing free reusable face masks to all of its 7.5 million residents.

In mainland China, authorities in the city of Wuhan, the original center of the pandemic, fired a local official for poor management of coronavirus controls after the city recorded six new cases over the weekend. All of the cases were detected in a residential compound in the official’s jurisdiction. China’s National Health Commission reported 17 new cases nationwide on Monday, seven of which it said were imported. All of the imported cases were detected in northern China’s Inner Mongolia region.

Iraq and Lebanon lengthened overnight curfew hours after daily infection counts began rising following an easing of restrictions in both countries. Iraqi authorities said they would impose a full lockdown during the three-day Eid al-Fitr holiday this month, when Muslims would typically visit friends and family to celebrate the end of the fasting month of Ramadan.