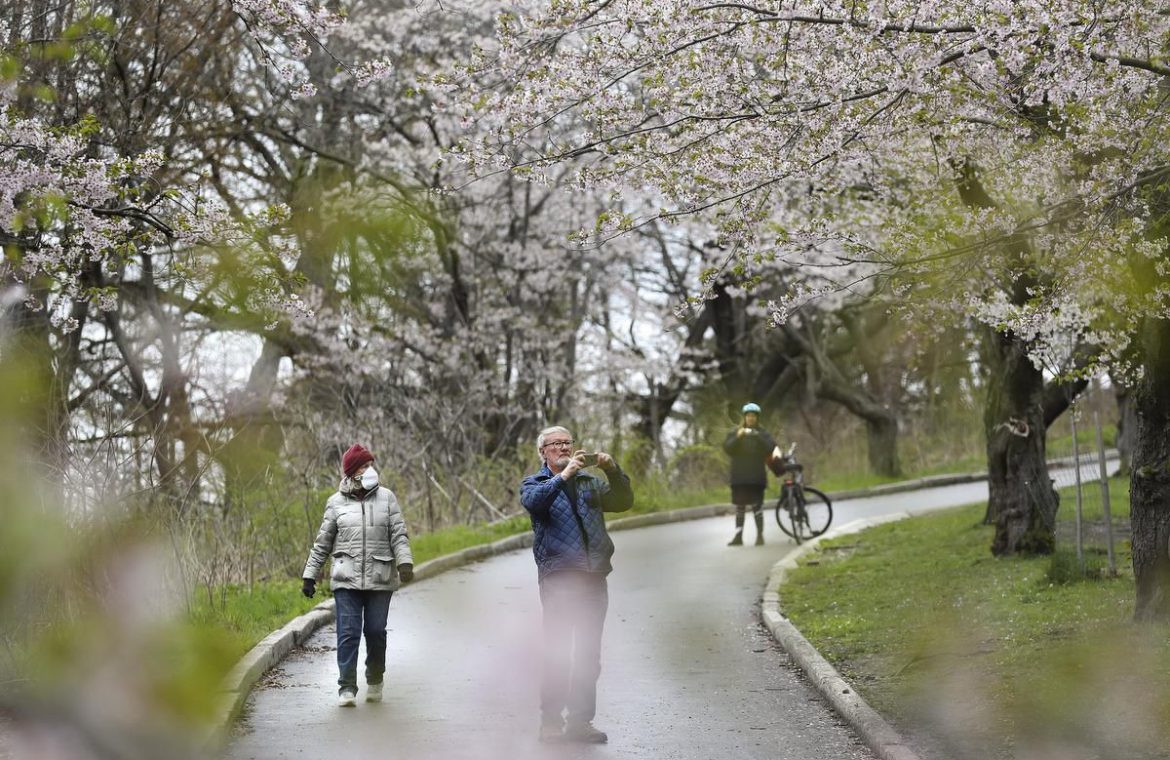 The latest novel coronavirus news from Canada and around the world Tuesday (this file will be updated throughout the day). Web links to longer stories if available.

8:05 a.m. Ryanair said the U.K.’s intention to quarantine visitors for 14 days is unscientific and unenforceable, as the airline carrier announced plans to resume almost 1,000 flights a day starting in July.

The Irish low-cost airline, which has grounded most of its fleet since late March, said it would institute passenger temperature checks, require masks and prohibit lines for toilets as it restarts about 40 per cent of its flights. Lavatories will be made available on request, Ryanair said in a statement.

“Ryanair is opposed to ineffective non-scientific measures such as a two-week quarantine, which is completely unenforceable and non-science based,” it said in an emailed response to questions, after U.K. Health Secretary Matt Hancock said Britons were unlikely to be able to travel abroad this summer. “We expect the public will largely ignore it.”

The comeback for European air travel is dependent on the lifting of government restrictions on flights within Europe. While the European Commission is preparing recommendations for removing border controls, the Ryanair tussle highlights the conflicting priorities that could make the reopening a bumpy one.

7:37 a.m. China suspended imports of beef from four Australian producers on Tuesday following a threat by Beijing of possible trade retaliation if Australia pushed for an inquiry into the origins of the coronavirus pandemic.

Trade Minister Simon Birmingham said the suspensions appear to be based on “highly technical issues,” some of which date back more than one year. Birmingham said he was talking with the industry to “formulate a comprehensive response.”

Beijing has rejected calls by Australia and other governments for an international inquiry into the origin of the coronavirus, which emerged in December in central China.

Ambassador Cheng Jingye told The Australian Financial Review last month the country might face a Chinese boycott of its tourism and exports of wine, beef and other goods if Prime Minister Scott Morrison’s government pressed for an inquiry.

China is the No. 1 market for Australian beef, accounting for about 30 per cent of exports.

7:23 a.m. London Mayor Sadiq Khan says he believes it is too early for the Premier League to be planning a resumption of the season amid the coronavirus pandemic.

The mayor’s office says the league should resume only “when it is safe to do so.”

British Prime Minister Boris Johnson said Monday that sports events in the country could resume in June if there is not a new spike in COVID-19 infections.

Liverpool led the league by 25 points with nine games remaining when the league was suspended in March.

6:20 a.m.: Australia’s treasurer said Tuesday the country faces a “sobering” economic outlook due to the effects of the coronavirus and will have its largest-ever deficit when a revised budget is released in October.

The 2020-21 federal budget was due to be released Tuesday. But the government was forced to delay it until it assesses the full economic cost of the coronavirus.

“Overall, the economic data has been sobering,” Treasurer Josh Frydenberg told Parliament on the first day of a scheduled three-day sitting this week. He said he expects gross domestic product (GDP) will fall more than 10% in the June quarter, representing the biggest fall on record.

5:49 a.m.: U.S. President Donald Trump is insisting that his administration has “met the moment” and “prevailed” on coronavirus testing.

The president’s latest assertions come as governors across the country continue to call on the federal government to do more to boost the testing supply to meet the requirements needed to begin “reopening” the nation.

The White House itself has become a potent symbol of the risk facing Americans everywhere by belatedly ordering everyone who enters the West Wing to wear a mask.

Trump himself continues to appear in public without a mask, as he did during his news conference Monday.

5:20 a.m.: South Korea has reported 27 new cases as health workers work to test thousands of people who visited nightspots in Seoul after detecting dozens of infections linked to club goers.

Figures released by South Korea’s Centers for Disease Control and Prevention brought national figures to 10,936 cases and 258 deaths. Clubs in the capital region have been closed again after the outbreak, and the reopening of schools was pushed back to May 20.

5:15 a.m.: India is set to run limited train service as the country looks at easing its nearly seven-week lockdown.

Special trains are departing Tuesday from select cities. Passengers must be asymptomatic and maintain social distancing on board. Indian Railways also mandated a government-run contact tracing app that has been criticized over civil liberties concerns. India’s rail, road and air services were suspended in late March as part of a nationwide lockdown.

5 a.m.: Singaporeans were able to get a haircut at the barber or pop in to their favourite bakery Tuesday as the government loosened restrictions three weeks before a partial lockdown ends.

Despite an upsurge in cases due to an outbreak among foreign workers staying in crowded dormitories, the government says transmission in the local community has dropped and plans a phased reopening of the economy.

Barbers and hairdressers, food manufacturers and outlets as well as laundry shops are among selected businesses that can open with strict health measures Tuesday after five weeks of shutdown. Barbers can operate by appointment only and notices outside shops call for face masks before entry.

Monday 9:47 p.m.: China reported just one new coronavirus case Tuesday as the government presses ahead with reopening measures, including allowing Beijing middle school senior students to return to class and Shanghai Disneyland to open its gates again to a limited number of visitors.

Other measures have included permitting Beijing’s ancient Forbidden City to expand its visitor numbers, as long as they book online first, show evidence they are healthy and wear a mask while touring the massive complex that was home to generations of China’s emperors.

Also on Tuesday, the National Health Commission said 115 people remain in treatment and 763 are being isolated and monitored as either suspected cases or after testing positive for the virus without showing symptoms.

China has not reported a new death from the virus in almost a month. In total, it has recorded 4,633 deaths among 82,919 cases since the virus was first detected in the central Chinese city of Wuhan last year.

Monday 8:49 p.m.: British Columbia reported fewer than two dozen cases of COVID-19 over 48 hours, but the provincial health minister cautions that it would still be easy for the new coronavirus to reboot.

Adrian Dix said during a news conference Monday that it’s tempting to think that B.C. has made some advances against COVID-19.

The province reported 23 new cases of the virus since Saturday and another death. That raises the total cases in B.C. to 2,353 with 130 deaths. The number of people recovered from the virus is 1,719 and there are no new community outbreaks.

“We can’t let up. In B.C., COVID-19 is not on the run. It’s still here, it’s still here in every health authority, looking for chances to take a greater hold again and we can’t give it a chance,” Dix warned.

“The risks are too high. Rebooting this virus now or a second wave later in the year will put all our surgical, social and economic renewal plans at risk.”

The provincial government is allowing a partial reopening of the B.C. economy starting May 19, the day after the Victoria Day holiday.

The Vancouver Parks Board said spaces will remain closed in the coming days as a result of a decrease in public compliance with physical distancing over the past weekend. Many residents got outside as temperatures soared into the mid-20s, breaking several heat records around the province.

Park board staff had tentatively planned to reopen lots at beaches and parks this week but will not proceed with that plan, it said in a news release.

Henry said the next week will be the beginning of Phase 2 of the reopening plan, but people need to be patient and calm, and take the time to think about how they are going to adapt to activities in what seems to be the new normal.