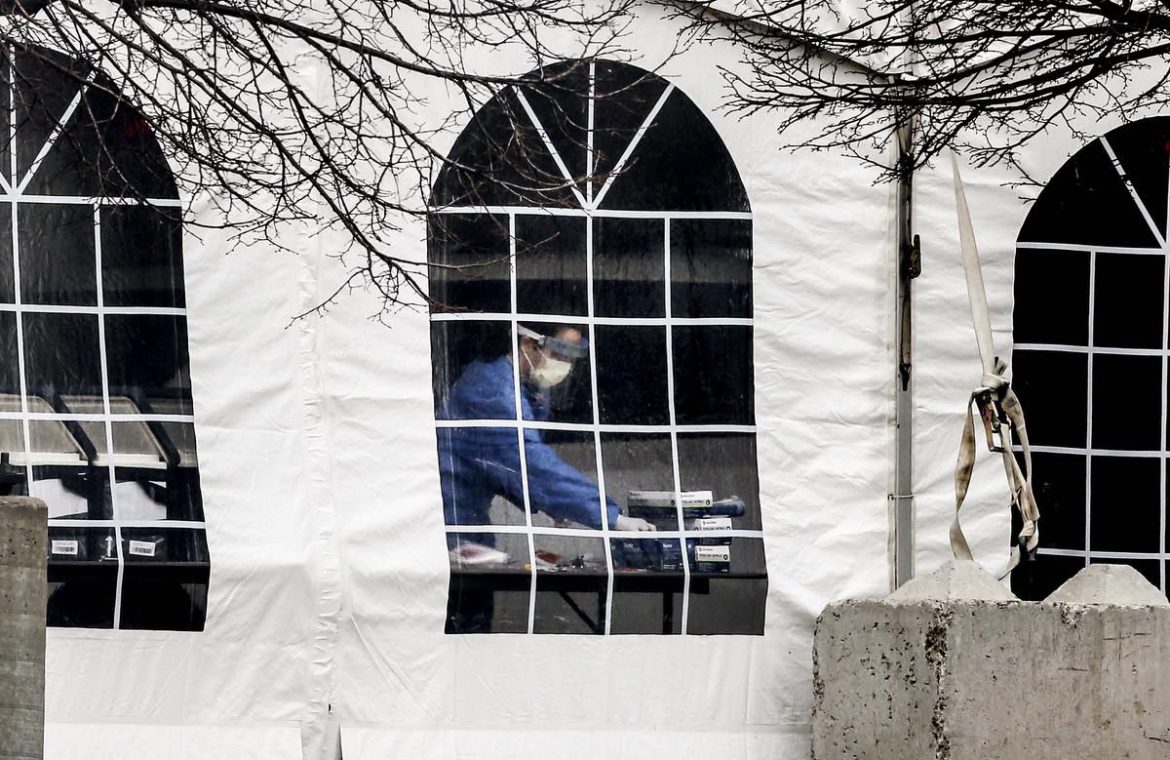 Ontarians testing positive for COVID-19 are more likely to live in neighbourhoods characterized by precarious housing, lower income status and a greater concentration of immigrants and visible minorities.

The findings, which are the first of their kind since the new coronavirus outbreak started, come from a study by scientists at Toronto-based non-profit ICES (formerly the Institute for Clinical Evaluative Sciences) that linked COVID-19 laboratory test results with sociodemographic and health data to paint a picture of who is getting tested in Ontario, who is getting the virus and where they live.

Jeff Kwong, a senior scientist at ICES and one of the study’s authors, said ethnicity and immigration were likely not the main reasons that the most marginalized neighbourhoods are where people who tested positive are more likely to live. Rather, he said the results could point to other factors: crowded living and working conditions that many immigrants and people with low income experience.

“A lot of immigrants to Canada, they’re starting up new lives here, and maybe they can’t afford to buy a detached house yet. So what do they do first? They’ll rent an apartment and there may be multiple generations of the same family living in the same household,” he said.

The study also found those who live in neighbourhoods with higher ethnic concentrations were less likely to be tested for the virus, but more likely to be among those who tested positive. Kwong said this could be due to how people in these areas access health care and also the criteria for COVID-19 testing used by the provincial government.

Marginalized neighbourhoods identified by the researchers were those with the highest ethnic concentrations, residential instability, material deprivation, people who do not have income from employment and lowest incomes.

To reach their conclusions, the researchers analyzed COVID-19 testing results in the Ontario Laboratories Information System database obtained through a data-sharing agreement with Ontario Health. They then linked this lab test data to another database containing information about anyone who’s ever had a health card in Ontario. Using this information, the researchers were able to link individuals to postal codes and determine if the areas were low income or had high ethnic concentrations using census data. The study results are current to April 30.

Arjumand Siddiqi, Canada Research Chair in Population Health Equity and Associate Professor at the Dalla Lana School of Public Health at the University of Toronto, called the ratio of those testing positive who live in communities with high ethnic minority populations “alarming.”

“To me, the fact that ethnic concentration seems to be such a large predictor (of COVID-19) is at least a signal that deserves to be highlighted,” said Siddiqi, who was not an author of the report.

“The most disadvantaged tend to be the ones who face the greatest risk of disease,” said Siddiqi. “In cardiovascular disease, for example, the risks are about diet and stress,” issues that tend to affect marginalized groups. With COVID-19, this pattern is repeating, Siddiqi said.

She agreed with Kwong that marginalization isn’t simply about income.

Ethnic minorities who test positive for the virus may be at a higher risk for worse COVID-19 outcomes due to an increased risk of underlying health conditions such as diabetes, Siddiqi said. The discrimination and risks that marginalized groups face in daily life means they’re susceptible to “a whole bunch of health conditions at higher rates. And so you’re coming into the COVID era with, essentially, bodies that have been battered by racism.”

The ICES report found those who tested positive for the virus were more likely to have chronic health conditions, such as hypertension, diabetes and dementia, that could increase the severity of COVID-19.

“What this means is that males are more likely to have COVID than females, except in the very old. This is not really new. Other countries have seen this but we’ve kind of confirmed that this seems to be the case in Ontario as well,” said Kwong.

“I would say that we’ve responded to this pandemic head-on with our public health measures and I think we’ve made good progress,” he added. “But there’s still a ways to go.”