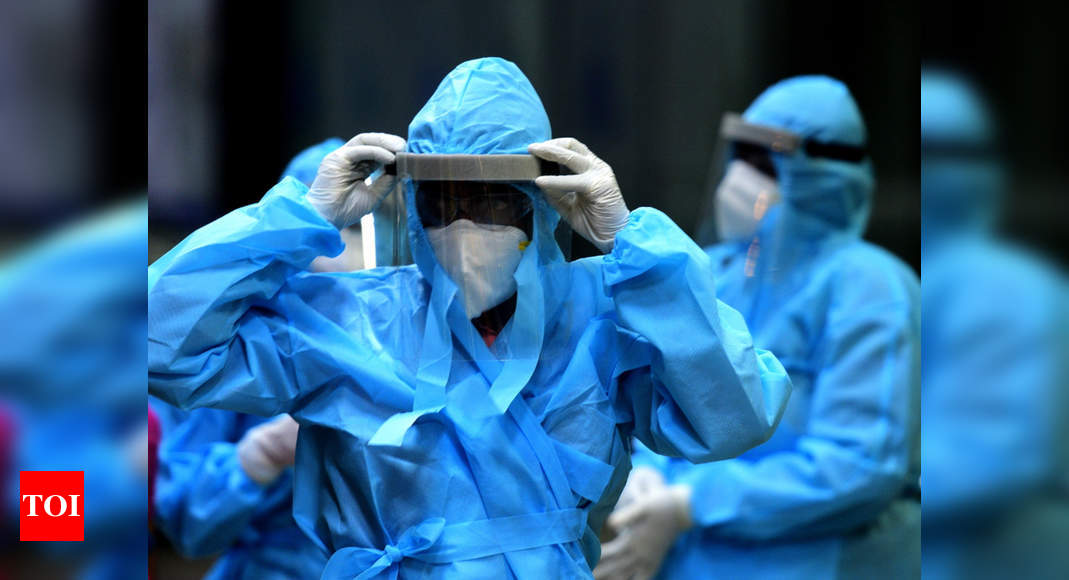 NEW DELHI: India on Wednesday became the 12th nation to register over 75,000 Covid-19 cases, crossing the milestone on a day when the country logged the second highest single-day count of both new cases and deaths, even as Maharashtra zoomed past the 25,000 mark in cases recorded so far.
As many as 3,783 cases were added to India’s coronavirus count, second only to Sunday’s record of 4,308. The numbers were significantly buoyed by 1,495 new cases detected in Maharashtra, even as other Covid-hit states such as Tamil Nadu (509 new cases), Gujarat (364), Delhi (359), Rajasthan (202) and MP (187) continued to add high numbers.

The Covid-19 death toll in Delhi crossed 100, as 20 fatalities were added on Wednesday, by far the highest so far. The day’s toll across India was 140, again the second-highest till date, with deaths surging in Maharashtra, which reported its highest count till date of 54.
The total coronavirus cases recorded in India had risen to 78,118 late on Wednesday, as per reports from states.
With the virus showing little signs of slowing, Maharashtra breached the 25000-mark to reach 25,922 positive cases of the novel coronavirus with its third-highest jump in a single day. The overall death in the state inched up towards the 1,000 mark at 975 on Wednesday. Maharashtra has been adding over 1,000 new cases every day for the last eight days. These eight days alone have contributed to a staggering 10,397 cases and 358 deaths.
A day after Mumbai reported a dip in cases, it again increased sharply on Wednesday to 800, making it the second highest single day addition so far. With this, the city’s overall case tally breached the 15000-mark to reach 15,747. Also, of the 54 deaths in the state, 40 were from Mumbai — the highest the city has seen in a single day.
Worryingly, the count of new cases in Kerala touched double digits (10) after a long time during which the state had reported zero new cases for several days. Of the 10, four had come from abroad and two from Chennai. A truck driver from Wayanad, it was found, had become a super spreader, infecting at least 10 people over the past few days.
Meanwhile, Tamil Nadu’s Covid-19 count dropped slightly to 509 after the state had recorded over 700 new cases for two consecutive days. Of the fresh cases, 380 were from Chennai. The state’s death toll reached 64 with three fatalities reported in Chennai. Besides Chennai, which now has a total of 5,262 cases, 15 other districts reported fresh infections.
Rajasthan reported its highest single-day jump in cases when 202 people were found infected with the virus on Wednesday, 61 of them in Jaipur. Besides, four persons died due to Covid-19 in the state, taking the total toll to 121.
Odisha too reported its biggest jump in infections, registering 101 positive cases. Of these, 90 were migrant workers who had returned from other states. With this, the total number of positive cases went up to 538.
With 15 people testing positive, Assam also recorded its highest single-day rise in cases. All new infections were in Guwahati from among a group of 32 close-contact people, who were in home quarantine since Monday.

Don't Miss it What It’s Like to Celebrate Ramadan Under Coronavirus Lockdown in the West Bank
Up Next Will Australia have a second wave of coronavirus infections, and what would cause it?