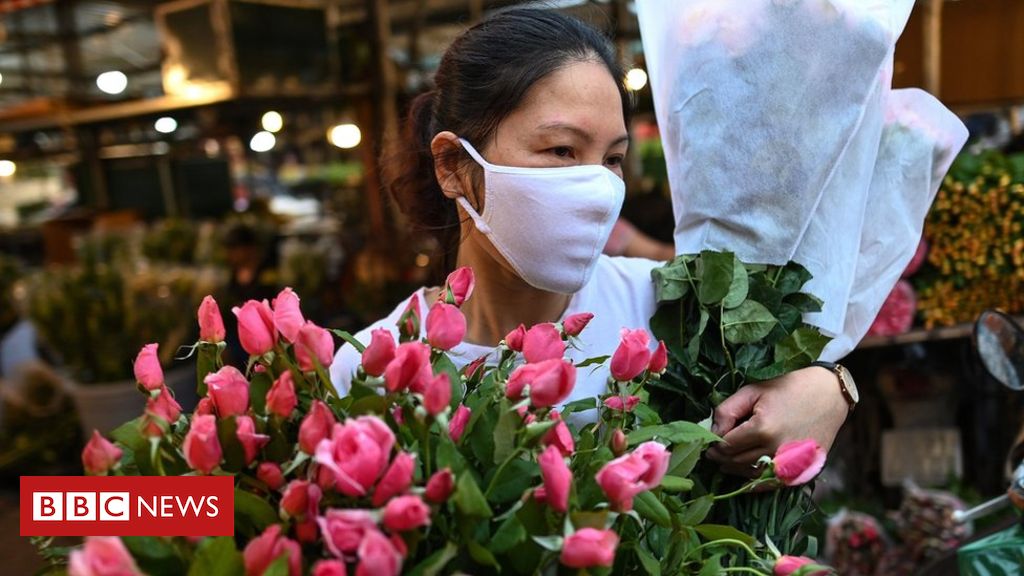 Despite a long border with China and a population of 97 million people, Vietnam has recorded only just over 300 cases of Covid-19 on its soil and not a single death.

Nearly a month has passed since its last community transmission and the country is already starting to open up.

Experts say that unlike other countries now seeing infections and deaths on a huge scale, Vietnam saw a small window to act early on and used it fully.

But though cost-effective, its intrusive and labour intensive approach has its drawbacks and experts say it may be too late for most other countries to learn from its success.

“When you’re dealing with these kinds of unknown novel potentially dangerous pathogens, it’s better to overreact,” says Dr Todd Pollack of Harvard’s Partnership for Health Advancement in Vietnam in Hanoi.

Recognising that its medical system would soon become overwhelmed by even mild spread of the virus, Vietnam instead chose prevention early, and on a massive scale.

By early January, before it had any confirmed cases, Vietnam’s government was initiating “drastic action” to prepare for this mysterious new pneumonia which had at that point killed two people in Wuhan.

When the first virus case was confirmed on 23 January – a man who had travelled from Wuhan to visit his son in Ho Chi Minh City – the emergency plan went into action.

“It very, very quickly acted in ways which seemed to be quite extreme at the time but were subsequently shown to be rather sensible,” says Prof Guy Thwaites, director of Oxford University Clinical Research Unit (OUCRU) in Ho Chi Minh City, which works with the government on its infectious disease programmes.

Vietnam enacted measures other countries would take months to move on, bringing in travel restrictions, closely monitoring and eventually closing the border with China and increasing health checks at borders and other vulnerable places.

Schools were closed for the Lunar New Year holiday at the end of January and remained closed until mid-May. A vast and labour intensive contact tracing operation got under way.

“This is a country that has dealt with a lot of outbreaks in the past,” says Prof Thwaites, from Sars in 2003 to avian influenza in 2010 and large outbreaks of measles and dengue.

Arrivals were bussed directly from the airport to quarantine centres

“The government and population are very, very used to dealing with infectious diseases and are respectful of them, probably far more so than wealthier countries. They know how to respond to these things.”

By mid-March, Vietnam was sending everyone who entered the country – and anyone within the country who’d had contact with a confirmed case – to quarantine centres for 14 days.

Costs were mostly covered by the government, though accommodation was not necessarily luxurious. One woman who flew home from Australia – considering Vietnam a safer place to be – told BBC News Vietnamese that on their first night they had “only one mat, no pillows, no blankets” and one fan for the hot room.

Protection against the asymptomatic

Prof Thwaites says quarantine on such a vast scale is key as evidence mounts that as many as half of all infected people are asymptomatic.

Everyone in quarantine was tested, sick or not, and he says it’s clear that 40% of Vietnam’s confirmed cases would have had no idea they had the virus had they not been tested.

“If you have that level[of asymptomatic carriers] the only thing you can do to control it is what Vietnam did,” he says.

“Unless you were locking those people up they would just be wandering around spreading the infection.”

This also helps explain the absence of any deaths.

As most of the returning Vietnamese were students, tourists or business travellers, they tended to be younger and healthier.

They had a better chance of fighting the virus themselves, and were never able to put, for example, elderly relatives at risk, which meant the medical system could focus its resources on the few critical cases.

While Vietnam never had a total national lockdown, it swooped in on emerging clusters.

In February after a handful of cases in Son Loi, north of Hanoi, more than 10,000 people living in the surrounding area were sealed off. The same would happen to 11,000 people in the Ha Loi commune near the capital, and to the staff and patients of a hospital.

No-one would be allowed in or out until two weeks had passed with no confirmed cases.

This localised containment – which is likely to be used again if the virus reappears – meant that Vietnam has not done a huge amount of testing in the wider community.

“Initially it felt as though that was quite a high risk strategy,” says Prof Thwaites.

“But it turned out to be absolutely fine, as they were able to isolate and maintain a complete grip on those cases.”

Even in a one-party state like Vietnam, you need to ensure the public is on board for such a sweeping strategy to work.

Dr Pollack says the government did “a really good job of communicating to the public” why what it was doing was necessary.

Regular SMS messages sent to all phones from the very early stages told people what they could do to protect themselves. Vietnam made use of its ever-present propaganda machine to run a vigorous awareness campaign, drawing on wartime imagery and rhetoric to unite the public in the fight against a common enemy.

It gave the sense of “society working together to defeat the enemy”, says Dr Pollack.

While Vietnam’s authoritarian government is well used to demanding compliance, Dr Pollack, says the public largely rallied behind the government because they “saw that they were doing everything they could do and having success, and doing whatever it cost to protect the population”.

Can we really trust Vietnam’s data?

The government’s data is so strikingly low that there are inevitably questions about whether it’s accurate, but the overwhelming consensus from the medical and diplomatic community is that there is no reason to doubt it.

Prof Thwaites’s team is based in the country’s main infectious diseases hospital. He says if there had been unreported, undiagnosed or missed cases “we would have seen them on the ward – and we haven’t”.

His team has also carried out nearly 20,000 tests, and he says their results match the data the government is sharing.

Even if there were some missed cases, he says “what there wasn’t was a systematic cover up of cases – I am very confident of that”.

Vietnam’s top-down approach to leadership reaches right down to the community level, which brings its own problems.

Vietnam’s enforcement relied on neighbours reporting on each other

There were undoubtedly “rights-violating excesses” in the process, he told the BBC.

“But not many people will hear about those episodes because of the government’s total control of the media,” he adds, citing cases of people being fined or prosecuted for criticising the government response.

The huge impact on the economy and the extent to which other social and medical issues were neglected by the single-minded virus mission is also not yet clear.

Some students are already back at school in Vietnam

Prof Thwaites says the kind of policies applied in Vietnam “just wouldn’t stand up” in countries now suffering widespread infections, but for the few countries yet to be hit “the lesson is there”.

“Prevention is always better than a cure and always cheaper generally,” he says.

“Had [Vietnam] had very large numbers of cases undoubtedly that system they put in place would have struggled.

“[But] there is no comparison to the health-economic benefit of doing what they did.”