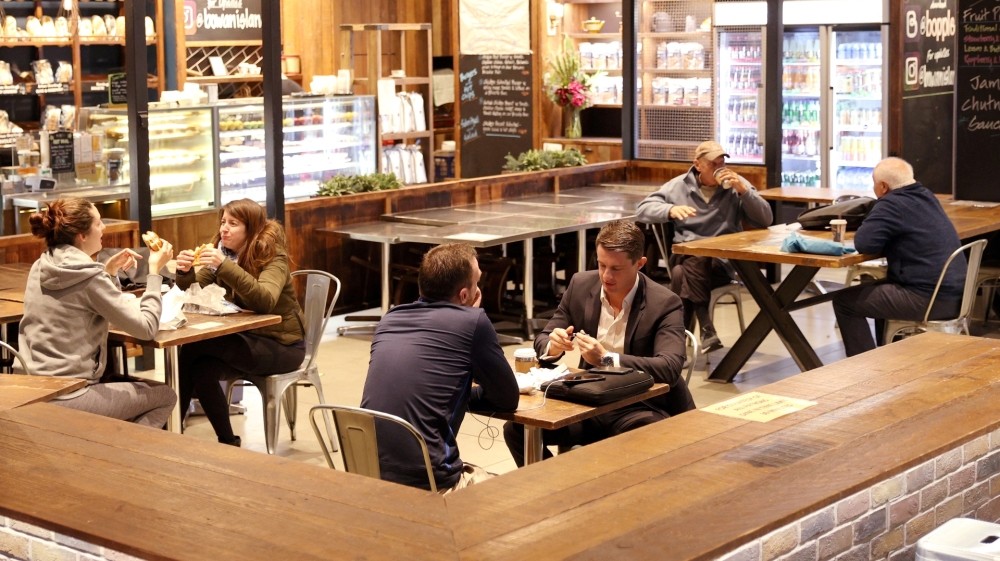 A WHO modelling study indicates the coronavirus could kill 150,000 people in Africa and infect 231 million people in a year unless urgent action is taken.

Authors of the research say even though many African nations have been swift to adopt containment measures, health systems could still quickly become overwhelmed.

That would divert already limited resources to tackle major health issues in the region, such as HIV, tuberculosis, malaria and malnutrition, worsening the impact of coronavirus.

“The region will have fewer deaths, but occurring more in relatively younger age groups, amongst people previously considered healthy – due to undiagnosed non-communicable diseases,” the report says, adding that these trends are already emerging.

Transmission is estimated to be greatest in small nations, with Mauritius found to have the highest risk of exposure. Of the continent’s large countries, South Africa, Cameroon and Algeria were also in the top ten for exposure risk.

The Korea Centers for Disease Control and Prevention (KCDC) is reporting 29 new cases, 17 of which are linked to bars and clubs in Seoul’s nightlife district of Itaewon.

The latest figures bring the total number of cases in the Itaewon cluster to 148.

The Yonhap news agency says health authorities will disinfect nightclubs and bars this weekend “in an effort to prevent the Itaewon infection cluster from expanding into a mass outbreak”.

Wuhan, the original epicentre of China’s coronavirus outbreak, has tested more than 3 million residents for the pathogen since April and will now focus its testing efforts on the rest of its 11 million population, according to state media.

The priority will be residents who have not been tested before, people living in residential compounds that had previous cases of the virus, as well as old or densely populated estates, the official Xinhua News Agency said, citing a Wuhan government meeting.

Authorities in Wuhan plan to conduct tests on everyone in the city after detecting a cluster of infections over the weekend – the first since the city’s lockdown was lifted on April 8.

A medical worker takes a swab sample from a resident to be tested for the COVID-19 coronavirus in Wuhan in China’s central Hubei province on May 14, 2020. [STR/ AFP]

A UK charity is urging authorities in Bangladesh to lift internet restrictions in camps housing hundreds of thousands of Rohingya refugees after the first cases of the coronavirus were detected there on Thursday.

“We urge Bangladesh and the international community to do everything they can to ensure that all necessary aid reaches those who need it,” said Tun Khin, president of Burmese Rohingya Organisation UK.

“This must also be a wake-up call to the Bangladeshi authorities to lift internet restrictions in the camps. The current blackout is not just preventing aid groups from doing their jobs, but also blocking refugees from accessing life-saving information.”


Rohingya refugees in Bangladesh at risk of COVID-19 infection (5:41)

Health officials in Costa Rica said 23 truck drivers entering the country from Nicaragua have tested positive for the coronavirus in the past week.

All of them were asymptomatic. Two others who showed symptoms were turned away without tests.

The results are another sign that the spread of the virus in Nicaragua could be greater than its government has acknowledged. The country has reported only 25 confirmed cases and eight deaths, and its government has not imposed social distancing measures and continues to promote mass gatherings.

02:12 GMT – US alerts doctors to COVID-19 linked condition in children

The US Centers for Disease Control and Prevention warned doctors about a serious rare inflammatory condition in children linked with the coronavirus.

The CDC’s case definition includes current or recent COVID-19 infection or exposure to the virus, a fever of at least 100.4 degrees Fahrenheit (38 degrees Celcius) for at least 24 hours, inflammatory markers in blood tests, and evidence of problems affecting at least two organs that could include the heart, kidneys, or lungs.

The agency called the condition multi-system inflammatory syndrome in children.

The global charity World Vision says four million girls are at risk of child marriage in the next two years because of the coronavirus pandemic, with deepening poverty likely to drive many families to marry off their daughters early.

The risks are further exacerbated by the fact that schools are closed and organisations working to combat child marriage are finding it harder to operate during lockdowns.

“When you have any crisis like a conflict, disaster or pandemic rates of child marriage go up,” Erica Hall, World Vision’s child marriage expert, tells the Thomson Reuters Foundation. “If we don’t start thinking about how to prevent it now it will be too late. We can’t wait for the health crisis to pass first.”

Pupils observing social distance rules listen to their teacher at the Saint Germain de Charonne school in Paris on May 14, 2020, as primary schools in France re-open this week [Franck Fife/ AFP]

US President Donald Trump’s Mar-a-Lago club will partially reopen to members this weekend as South Florida slowly reopens from the coronavirus lockdown.

An email sent on Thursday to members says the Palm Beach resort’s Beach Club restaurant, its pool and its whirlpool will reopen on Saturday after being closed two months, but its main building that includes hotel rooms, the main dining area and the president’s private residence will remain closed.

Members will have to practice social distancing and lounge chairs will be set 2 metres ( 6 feet) apart. They will have to bring their own towels.

China has gone a month without announcing any new deaths from the coronavirus.

The National Health Commission reported four new cases of the virus Friday, all local cross-infections in the northeastern province of Jilin where a cluster of uncertain origin has been detected in recent days. The last time the commission reported a death was on April 14.

In total, China has reported 4,633 deaths among 82,933 cases since the virus was first detected late last year in the central city of Wuhan.

Health ministry data showed a total of 202,918 confirmed cases and 13,933 deaths in Brazil, the hardest-hit country in Latin America, at the end of Thursday.

But Bolsonaro, who opposes the lockdowns, told a virtual gathering of business leaders to “play tough” with Sao Paulo Governor Joao Doria, who has issued social distancing orders and said he will not comply with Bolsonaro’s latest decree to reopen gyms and beauty salons.


COVID-19 cases soar in Brazil, Chile amid accusations of neglect (2:50)

Sao Paulo, Brazil’s most populous state and home to a third of its economic output, has seen hospitals pushed to the limit as it records the worst outbreak in the country.

00:12 GMT – Slovenia calls an end to its coronavirus epidemic

The Slovenian government is calling an official end to its coronavirus epidemic, becoming the first European country to do so after authorities confirmed less than seven new coronavirus cases each day for the past two weeks.

People now arriving in Slovenia from other European Union states will no longer be obliged to go into quarantine for at least seven days as was the case from early April, the government says in a statement. But a 14-day quarantine remains in place for people from non-EU states.

Citizens will still have to follow basic rules to prevent a possible spread of infection, the government says, without elaborating. People have been required to wear masks in indoor public spaces, stand at least 1.5 metres (5 feet) apart and disinfect hands upon entering public spaces.

The country of two million people has so far reported 1,464 coronavirus cases and 103 deaths.

00:04 GMT – Cafes and bars reopen in parts of Australia

New South Wales (NSW), Australia’s most populous state, is reopening restaurants, cafes and bars after a two-month shutdown, under the condition they limit customers to 10 at any one time.

“Easing restrictions has failed in so many places around the world and I don’t want that to happen in NSW, I want people to have personal responsibility for the way we respond,” Berejiklian tells reporters in Sydney.

In the Northern Territory, pubs are opening with no restrictions on patron numbers and there are no limits on public gatherings or house visits.

Victoria, Australia’s second most populous state, is currently retaining most of its lockdown measures.

You can find all the updates from yesterday, May 14, here.