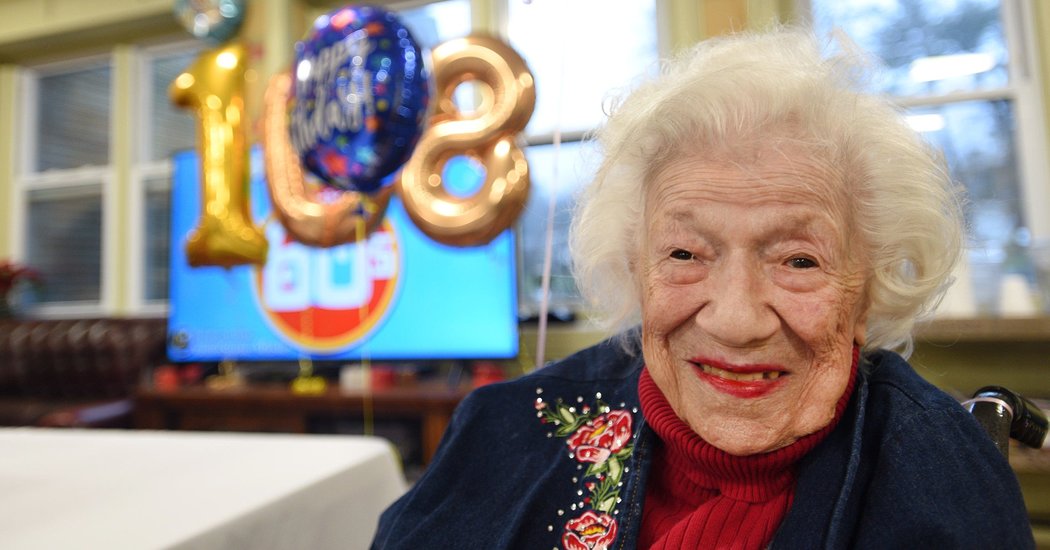 Last month, relatives of Sylvia Goldsholl received troubling news from her New Jersey nursing home: She had contracted the coronavirus and was in isolation.

With the virus proving especially deadly for older people, the prognosis seemed dire for Ms. Goldsholl, who turned 108 in December.

“This is killing people in nursing homes all over New Jersey and the country,” said Nancy Chazen, a niece of Ms. Goldsholl. “Quite honestly, I thought that was going to be the end — I mean, she’s 108.”

“They told us, ‘She’s fully recovered,’” said Ms. Chazen, whose aunt has become one of the oldest Covid-19 survivors in the world.

Ms. Goldsholl’s case is a rare bright spot in New Jersey, whose current death toll from the virus — 9,946 through Thursday — is second only to New York State’s.

Roughly half of the deaths in New Jersey — 5,168 through Thursday — have come at nursing homes and other long-term care facilities.

Nationwide, roughly one-third of the 86,607 coronavirus deaths have been nursing home patients or workers.

Long-term care facilities have become hot spots, filled with a vulnerable population and requiring close interactions between residents and caretakers, many of whom have complained that they had not received enough protective equipment.

Ms. Goldsholl, who lives in the Allendale Community for Senior Living in Allendale, N.J., was born on Dec. 29, 1911, and grew up in the Bronx, the eldest of four children of Russian immigrant parents.

Ms. Goldsholl told News 12 New Jersey that, “I survived everything because I was determined to survive.”

Larry Goldsholl said that when he heard his aunt had contracted the virus, “we didn’t know what to think because she has survived so much at this point.”

“We thought, ‘Well, this could be it,’ but knowing Sylvia, I should have known better,” he said. “She’s pretty spunky, and it seems like people who live that long have good immune systems.”

Michael Brienza, an administrator for the Allendale center, said Ms. Goldsholl was never hospitalized or put on a ventilator.

“She’s got a survivor’s mentality,” he said. “Her family supported her through all this and, like she says, love helps you get through things.”

A 108-year-old man in New Mexico has also survived the virus.

At his daily briefing on the virus on Thursday, Gov. Philip D. Murphy of New Jersey hailed Ms. Goldsholl — “a tremendous life, a tremendous spirit, and a tremendous show of strength” — as a role model.

Ms. Goldsholl worked as a bookkeeper and never married or had children, her relatives said. She lived in her childhood home until moving to New Jersey 20 years ago and finally moved into the center in Allendale 13 years ago.

Officials at the home described her as an inquisitive person who likes smart conversation and who is known as “Big Sister” for her outspokenness and her advocacy for fellow residents.

She uses a wheelchair and has lost some vision and hearing in recent years, relatives said, but she remains active and social, whether playing bingo or holding court in the center’s dining room.

“You’ll never find her sitting alone in her room — she’s always with people,” Ms. Chazen said, adding that her aunt has always stuck up for others.

“She has always had a reputation for speaking up,” Ms. Chazen said. “If she thinks something is unfair, she’ll make sure people know.”

“If she wants to mail a letter to the mayor of New York City, she’ll mail the letter,” she said.

“I don’t know her secret to longevity,” her nephew said, “but she’s very feisty.”

Don't Miss it Coronavirus restrictions ease in parts of Australia as Deputy Chief Medical Officer urges people to remain vigilant
Up Next Worst areas for ‘covidiots’ as 14,000 fined for breaking coronavirus lockdown