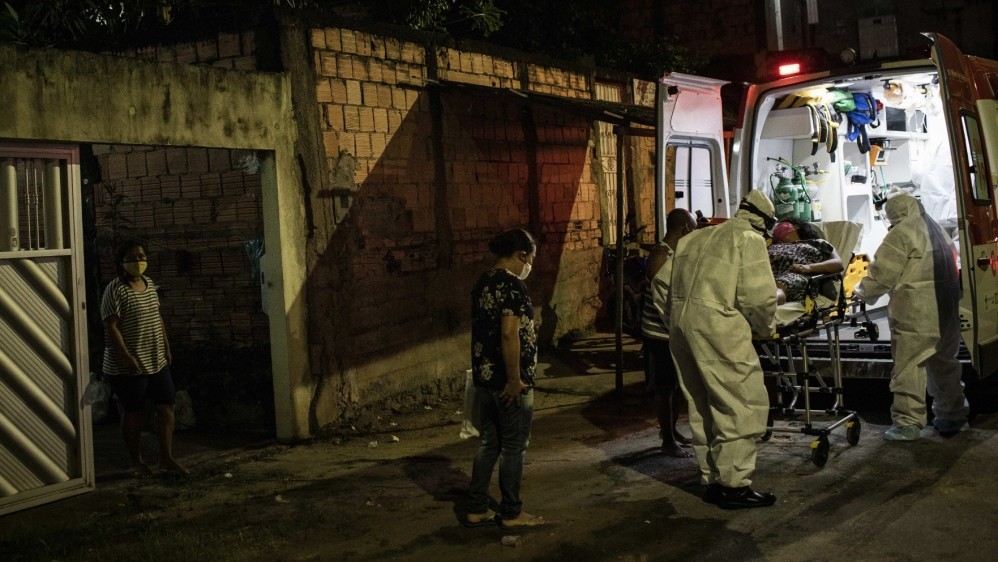 Brazil’s health ministry has confirmed 14,919 new cases of the novel coronavirus, as well as 816 related deaths, pushing the total number of infections to at least 233,142 – the fourth-highest in the world, surpassing Spain’s tally – while the death toll hit 15,633.


Burundi is pushing ahead with an election on Wednesday that will end President Pierre Nkurunziza’s divisive and bloody 15-year rule. But the coronavirus poses a threat to the May 20 vote, and the government has kicked out World Health Organization workers after concerns were raised.


Former US President Barack Obama has criticised American leaders for the handling of the coronavirus response, telling college graduates in an online commencement address that the pandemic shows many officials “aren’t even pretending to be in charge.”

Saturday’s figures have taken the country’s tally to 2,289 confirmed cases, including 97 fatalities, the ministry said. A total of 222 were discharged after recovering.

Most of the country’s COVID-19 patients were in the capital, Khartoum where authorities imposed round-the-clock curfew in April to stem the spread of the virus, AP news agency reported.

Mexico has seen a slightly higher death rate from coronavirus than the global average so far due to the widespread presence of pre-existing medical conditions such as diabetes, hypertension and obesity, experts told Reuters news agency.

Eight more American sailors aboard the USS Theodore Roosevelt have tested positive a second time for the new coronavirus, raising to 13 the number who appear to have become infected again while serving aboard the sidelined aircraft carrier,  AP news agency reported.

All the sailors had previously tested positive and had gone through at least two weeks of isolation. Before they were allowed to go back to the ship, all had to test negative twice in a row, with the tests separated by at least a day or two.

Then US President Obama meets with President-elect Donald Trump in the Oval Office of the White House during the transition period in November 2016 [File: Kevin Lamarque/Reuters]

Former President Barack Obama on Saturday criticised American leaders over the handling of the coronavirus response, telling college graduates in an online commencement address that the pandemic shows many officials “aren’t even pretending to be in charge”.

Obama spoke on, Show Me Your Walk, HBCU Edition, a two-hour event for students graduating from historically black colleges and universities broadcast on YouTube, Facebook and Twitter.

“More than anything, this pandemic has fully, finally torn back the curtain on the idea that so many of the folks in charge know what they’re doing,” Obama said without naming the president or other officials. “A lot them aren’t even pretending to be in charge.”

Hello and welcome to Al Jazeera’s continuing coverage of the coronavirus pandemic. I’m Ted Regencia in Kuala Lumpur, Malaysia. You can find all the key developments from yesterday, March 16, here.

Don't Miss it Coronavirus: China lockdown may have blocked 700,000 virus cases – BBC News
Up Next How COVID-19 is forcing the fashion industry to evolve | The World