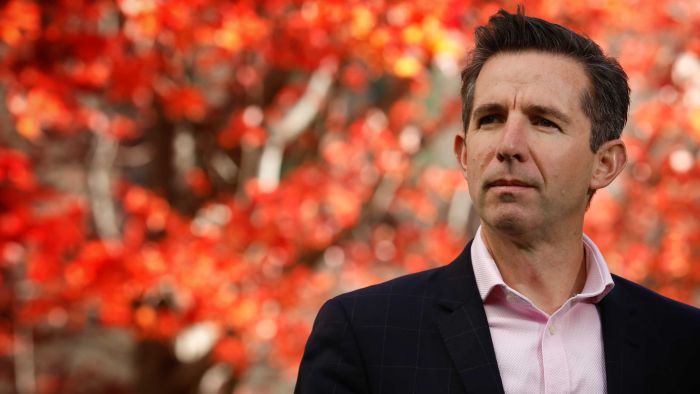 High-ranking calls to China have gone unanswered amid an escalating trade dispute with Australia that’s been fuelled by calls to investigate the origins of the deadly coronavirus pandemic.

Key points:China is threatening to impose an 80 per cent tariff on Australian barley importsChina has accused exporters of dumping barley in its markets, a claim Australia rejectsThe trade spat comes as Australia pushes for an investigation into the origins of coronavirus

Trade Minister Simon Birmingham has been seeking to speak with his counterpart since China threatened to impose an 80 per cent import tariff on Australian barley.

China will make its final decision on the tariff on Tuesday. If it follows through with the threat, Australian exporters fear it will cripple a once-lucrative market.

“We’ve made a request for me to be able to have discussions with my Chinese counterpart,” Senator Birmingham told Insiders.

“That request has not been met with a call being accommodated at this stage.”

Barley exports were worth $1.5 billion in 2018 but dropped to $600 million in 2019 amid drought and an Australian push to diversify into more markets.

Senator Birmingham said while diplomats had held talks with Chinese officials, discussions with high-ranking politicians were yet to happen.

“The call ought to be returned,” he said.

“We are open to have that discussion, even where there are difficult issues to be discussed at any time.

“It’s for our counterparts around the world to decide whether or not they agree to the same standards of open dialogue and discussion.”

Tension has been simmering between the two countries in recent years.

A major point of friction has been Australia’s decision to ban the Chinese-owned tech giant Huawei from taking part in the rollout of 5G mobile infrastructure over national security concerns.

Prime Minister Scott Morrison’s calls for an investigation into the origins of the COVID-19 outbreak, which Australia attributes to a wildlife wet market in Wuhan, China, further escalated the tension.

China’s ambassador to Australia Cheng Jingye had previously threatened his country would impose economic sanctions if Mr Morrison continued to push for the probe.

“Maybe also the ordinary people will say why should we drink Australian wine or to eat Australian beef?” he said in an interview with the Australian Financial Review in April.

Beijing’s trade war threats on beef were followed through in part, announcing a sudden ban on imports from four Australia abattoirs last week.

There are estimates the four meatworks represent 35 per cent of beef exports to China, a trade that had been on track to reach $3.5 billion this year.

Senator Birmingham and the Prime Minister have sought to distance the barley and beef woes from Mr Morrison’s push for an investigation into China’s handling of the coronavirus outbreak.

They’ve said the beef ban was the result of Australian exports failing to meet Chinese health standards, while the barley tariff threat follows an 18-month investigation into allegations of Australia dumping barley.

Senator Birmingham said a formal response to the claim had been submitted and Australia expected to learn the outcome of China’s decision in coming days.

“Our view is that very clearly Australian barley lands in China at commercially competitive prices, based entirely on market prices,” he said.

“This is simply a commercial farming operation getting on with business and there’s no justification for duties to be applied on any of the barley products.”

Don't Miss it Coronavirus: The couples for whom love doesn’t wait
Up Next What happens when you're infected with the COVID-19 coronavirus? | DW News