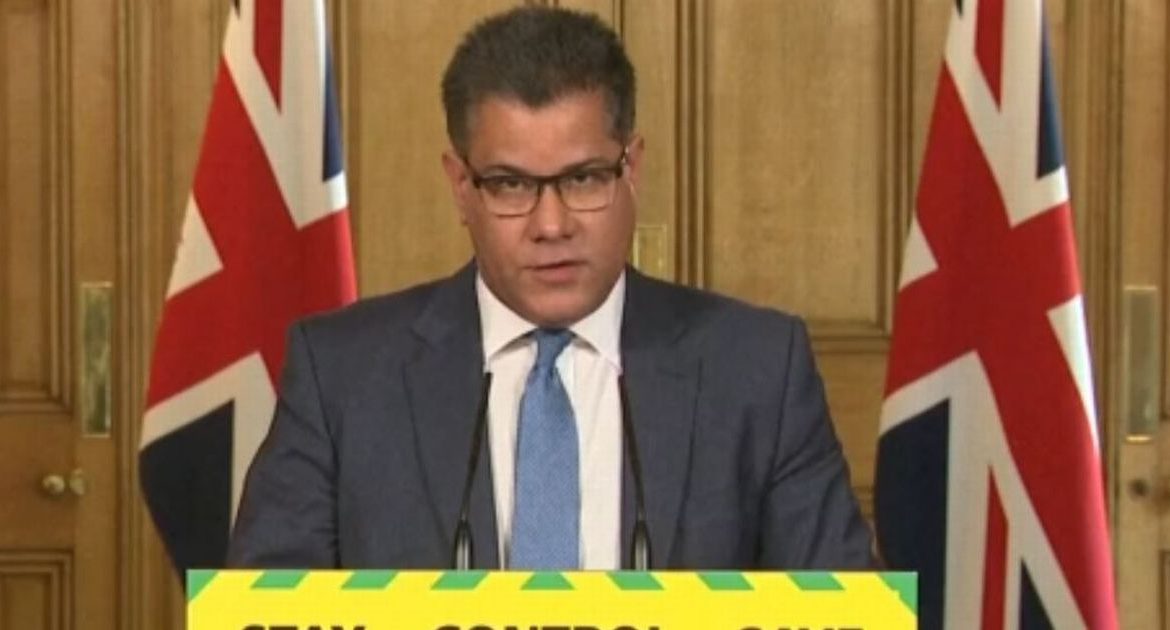 The UK will receive 30million doses of a coronavirus vaccine “by September” if it is proven to work, a government minister announced today.

Alok Sharma said Oxford University, one of two “frontrunners” trialling a vaccine in the UK, has finalised a global licensing agreement with pharma giant AstraZeneca.

The Business Secretary claimed if the vaccine passes clinical trials – “and it is a big if” – the firm would produce 100million doses for use in the UK.

Of those 100million doses, AstraZeneca would “work to” make 30million doses available for the UK “by September”, he said.

Government sources said data gathered through ongoing trials will point to who could get the vaccine first in the UK.

They could include groups most vulnerable to the disease, or key workers who need to return to frontline work most urgently, or both.

The UK claims to be leading global efforts to find a coronavirus vaccine
(Image: Getty Images/iStockphoto)

September is much sooner than scientists on the Oxford study said the vaccine could be ready. AstraZeneca previously said the aim was to have the vaccine ready, if it passes trials, by the end of 2020.

The timescale was changed after the government announced millions for a “rapid deployment” manufacturing facility in the UK.

But Boris Johnson – and Mr Sharma – both admitted a vaccine that actually works may never be found.

If the Oxford vaccine does pass tests, the government has not yet confirmed how much it will cost taxpayers or whether it’ll be free on the NHS.

But Mr Sharma told the daily No10 press conference: “The UK will be first to get access”.

He added the government would ensure “we’re able to make the vaccine available to developing countries at the lowest possible cost”.

AstraZeneca chief executive Pascal Soriot said the firm is now working to secure “parallel supply agreements” with other nations across the world.

Mr Sharma said the clinical trial for a Covid-19 vaccine at the University of Oxford is “progressing well” – and all phase one participants received their dose on schedule in the last week.

“The speed at which Oxford University has designed and organised these complex trials is genuinely unprecedented,” he said.

Mr Sharma said so far the government has invested £47m in two vaccine research programmes – Oxford, and another at Imperial College London.

Today he announced a further £84m in new funding “to help accelerate their work”.

He said: “This new money will help mass-produce the Oxford vaccine so that if current trials are successful we have dosages to start vaccinating the UK population straight away.”

Mr Sharma said Imperial College London was also “making good progress” and would look to move into clinical trials for a vaccine by mid-June, with larger scale trials in October.

It comes after the government announced a major vaccines centre will have its opening date brought forward by a year to summer 2021.

The Vaccines Manufacturing and Innovation Centre (VMIC) in Oxford was already planned, but will now be sped up by £93m of government investment.

If a vaccine is found, the centre will have the capacity to produce enough doses for the entire UK population in as little as six months.

While the centre is being built, the government will set up a “rapid deployment facility” with a further £38m to begin manufacturing at scale from Summer 2020.

But despite the efforts Boris Johnson admitted today: “There remains a very long way to go.

“And I must be frank that a vaccine might not come to fruition.”

Separately the government will fund a new study to probe how far people who’ve had coronavirus are immune to getting the disease again.

Scientists still don’t know if survivors of Covid-19 have full immunity, or how long that immunity lasts.

However, the government is now preparing to announce a deal with Swiss firm Roche for a “100% accurate” test for coronavirus antibodies.

Up to 20,000 people in England, Scotland and Wales will be asked to take part in a study by UK Biobank, which will involve taking an antibody test and describing symptoms through a questionnaire.

UK Biobank Principal Investigator Sir Rory Collins said: “Much better understanding of what proportion of the population has been infected, how long antibodies to coronavirus stay in the blood, and whether immunity wears off, are vital to managing this pandemic.”

Abby Taylor of the Wellcome Trust added: “Understanding immunity to this virus is crucial in predicting future risk posed by coronavirus and supporting the development of new treatments and vaccines.”

Today’s official figures showed 34,636 people have now died with coronavirus in the UK, up 170 on yesterday’s total.

But due to the lag in reporting some figures, the real total will be far higher.

Meanwhile the government is embroiled in twin rows over the huge number of deaths in care homes – and plans to send back England’s schools from June 1.

Cabinet Office Minister Michael Gove today admitted there are “big lessons” to be learned from the treatment of care homes.

Mr Gove said the Government had taken “significant steps” to improve the situation of those in care homes.

But he faced heavy criticism over Health Secretary Matt Hancock’s claim that the government had thrown a “protective ring” around the homes.

Mr Hancock made the comment despite care home staff being unable to access a coronavirus test, even if they had symptoms, until April 15.

Health Secretary Matt Hancock was slammed for claiming the government had thrown a “protective ring” around care homes
(Image: via REUTERS)

And patients discharged from hospitals into care homes were not tested for Covid-19 until the same date.

“There are big lessons to be learned,” Mr Gove told BBC1’s The Andrew Marr Show.

“We are still living through this pandemic and there will be lessons to be learned. We have taken significant steps to improve the care of people in care homes.

“There will be a point in the future when all of us can look back and reflect and make sure we have learned the appropriate lessons.

“At the moment, we are focused on making sure we beat the virus and protect people as effectively as possible.”

Thousands in care homes across the UK have died with the coronavirus (stock photo)
(Image: Getty Images/Westend61)

Meanwhile Mr Gove “guaranteed” teachers would be safe – before backtracking and accepting no one could be 100% protected from the virus.

It comes amid a furious row over Boris Johnson’s plans to allow Years R, 1 and 6 to begin returning to England’s primary schools in two weeks’ time.

Class sizes will be halved to 15 with spaced-out desks, one-way corridors and increased cleaning, while years 2 to 5 return before July.

Ministers are also drawing up plans to help left-behind children over the summer break – which could include opening up for summer schools.

But unions say they cannot support plans to bring back schools in June – not until there is more scientific evidence it will be safe.

Scotland, Wales and Northern Ireland have all refused to back England’s plans – while Liverpool and Hartlepool have told schools to stay shut.

Don't Miss it US coronavirus: Health officials double down on dangers of mass gatherings
Up Next Is the Covid-19 crisis the catalyst for greening the world’s airlines? | Air transport