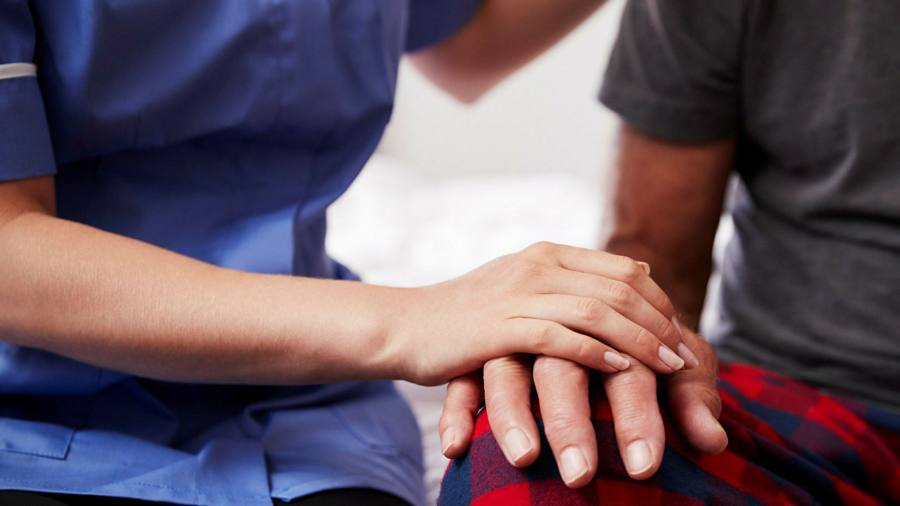 When Rachel Pope was diagnosed with suspected coronavirus, she did not know it would take a month before she would start to feel better. Or that she would “relapse” the following week, with terrifying kidney, heart and lung pains.

“It’s very scary,” said the UK-based lecturer, who as of Sunday was on day 70 of her symptoms. “It’s been very changeable — I think as it works its way through different systems.” The woman she suspects she caught the virus from, who first felt symptoms three months ago, is still suffering from fatigue.

The two are not alone in their prolonged illnesses. Around the world there is growing evidence of people with confirmed or suspected Covid-19 suffering symptoms for six weeks or even longer — one more mystery to add to the list of unknowns about the virus and how it affects the human body.

Scientists do not know whether these people are infectious throughout their illnesses, or whether they are suffering from the disease itself or from some knock-on effects. The answers will have significant implications for health systems around the world that are under immense strain, and inform decisions on how governments lift lockdowns.

“I’ve studied hundreds of diseases and this is the most unusual,” said Tim Spector, professor of genetic epidemiology at King’s College London.

The illness went on and on. The symptoms changed, it was like an advent calendar, every day there was a surprise

Data from his team’s symptom-tracking app, which has been downloaded by more than 3m people globally, indicated that about 10 per cent of people still had symptoms at 25 days, and 5 per cent were still ill a month later.

“Someone urgently needs to be doing studies on these people,” said Prof Spector.

Different countries list a range of virus symptoms. The UK’s NHS names only high temperature and continuous cough, while the US Centers for Disease Control and Prevention outlines five more, including muscle pain and loss of taste or smell. The World Health Organization lists more than a dozen, categorised as most common, less common and serious symptoms.

Paul Garner, professor of infectious diseases at the Liverpool School of Tropical Medicine, has blogged about his experiences of lingering coronavirus symptoms, as he approaches his seventh week.

“The illness went on and on. The symptoms changed, it was like an advent calendar, every day there was a surprise,” he wrote this month. “Sometimes I felt better and became optimistic; after all, the paralytic state had not recurred; but then the next day I felt as though someone had hit me around the head with a cricket bat.”

In a survey by wellness group Body Politic of several hundred people who suffered prolonged virus symptoms in North America and Europe, 91 per cent who had not yet recovered had experienced symptoms for an average of 40 days. Not all of them had tested positive for the virus.

Ms Pope was admitted to hospital twice when she first became unwell, where doctors diagnosed potential blood clotting and then a possible heart attack. Both times the tests were negative and she was later sent home with suspected Covid-19. She has not been tested because of the UK’s strict eligibility criteria but is “fairly convinced” she has the virus.

Kaveri Jalundhwala, a trainee doctor in the UK, who had more than 40 days of symptoms, said she was not tested for a month, and when she was it came back negative. Near the start she felt better and returned to work, only to fall sick again. “I’ve had three waves of getting ill and better,” Dr Jalundhwala said. She is “absolutely sure” she was still infectious when she went back to work.

Since many of those suffering prolonged symptoms will not have been admitted to hospital or tested, they “aren’t being counted in any kind of statistical way” in official data, said Dr Jalundhwala.

It is far from clear why some people experience these extended periods of disease, and what the implications might be. One suggestion is that those with underlying health problems are more susceptible to longer illnesses: the Body Politic survey found that 58 per cent of respondents had at least one pre-existing condition, such as asthma or vitamin D deficiency.

The persistence of tiredness has prompted some to speculate that this could be something like post-viral fatigue rather than Covid-19 itself.

Mike Ryan, executive director of the WHO’s health emergencies programme, said he was aware of reported cases of “relapses” but it was important to understand whether these were reinfections, the continuation of the disease or the result of a different, chronic condition.

Those who had been admitted to hospital “could remain quite frail” for some time after being discharged, he added.

Derek Hill, professor of medical imaging science at University College London, said he was particularly concerned about those suffering long illnesses who had not been admitted to hospital and were not being monitored. “People initially thought this virus was like flu, but it’s quite different,” he said. “Bafflingly so.”

Don't Miss it New York might have avoided becoming the US epicenter of the coronavirus outbreak if Gov. Cuomo hadn’t reportedly dismissed shelter-at-home advice
Up Next Many restaurants won’t make it through Covid-19. Those that do should reinvent the industry | Duncan Welgemoed | Life and style